Ambassador Richard M. Mills, Jr., deputy representative of the United States to the United Nations, recently visited the University of Notre Dame to discuss the implications of the Ukraine war and to meet with students in the Keough School of Global Affairs. 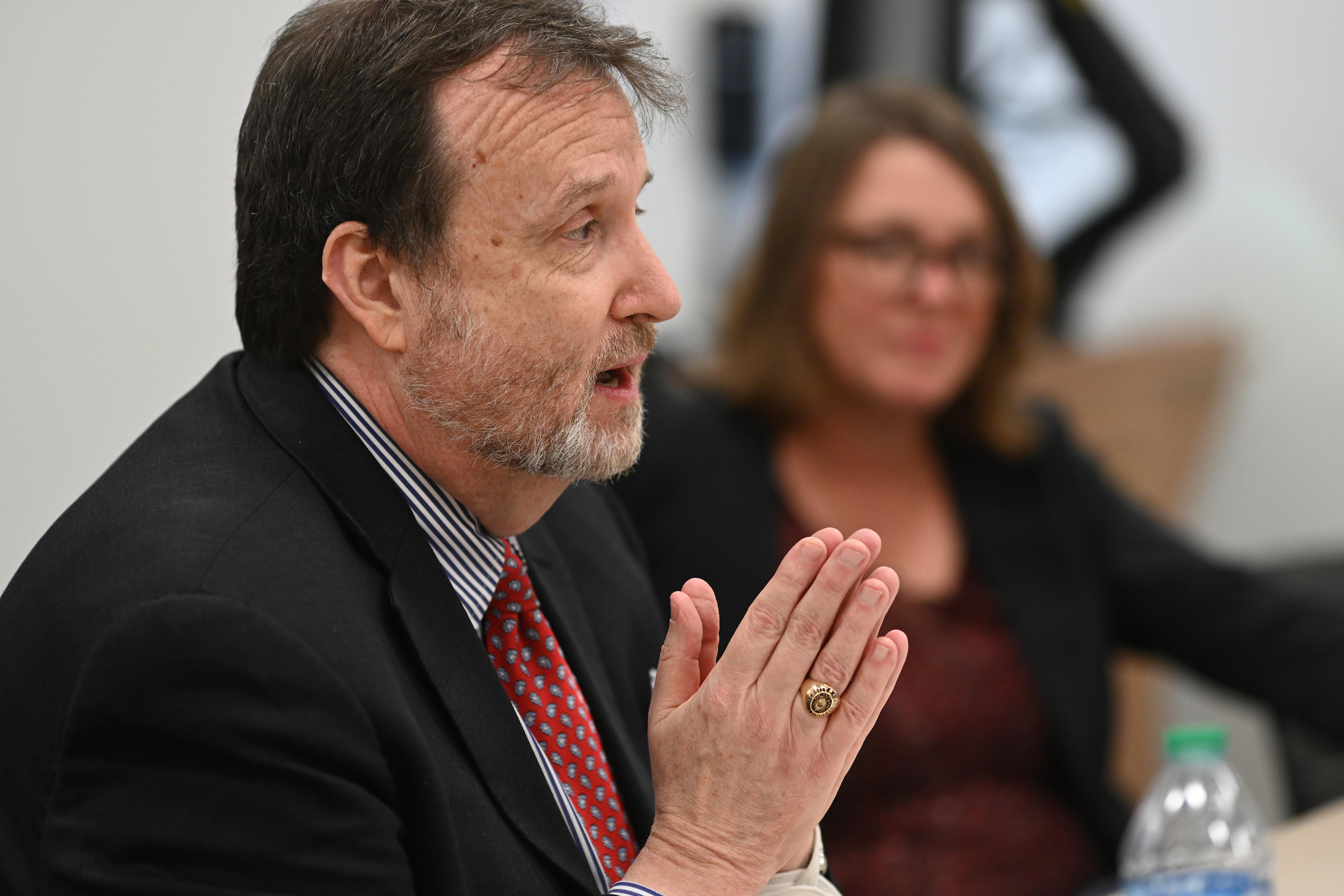 Mills visited with students in the class Forced Migration and Refugees, which is open to master of global affairs students as well as undergraduate and Notre Dame Law School students. The course is led by Erin B. Corcoran, associate teaching professor in the Keough School and executive director of the School’s Kroc Institute for International Peace Studies. 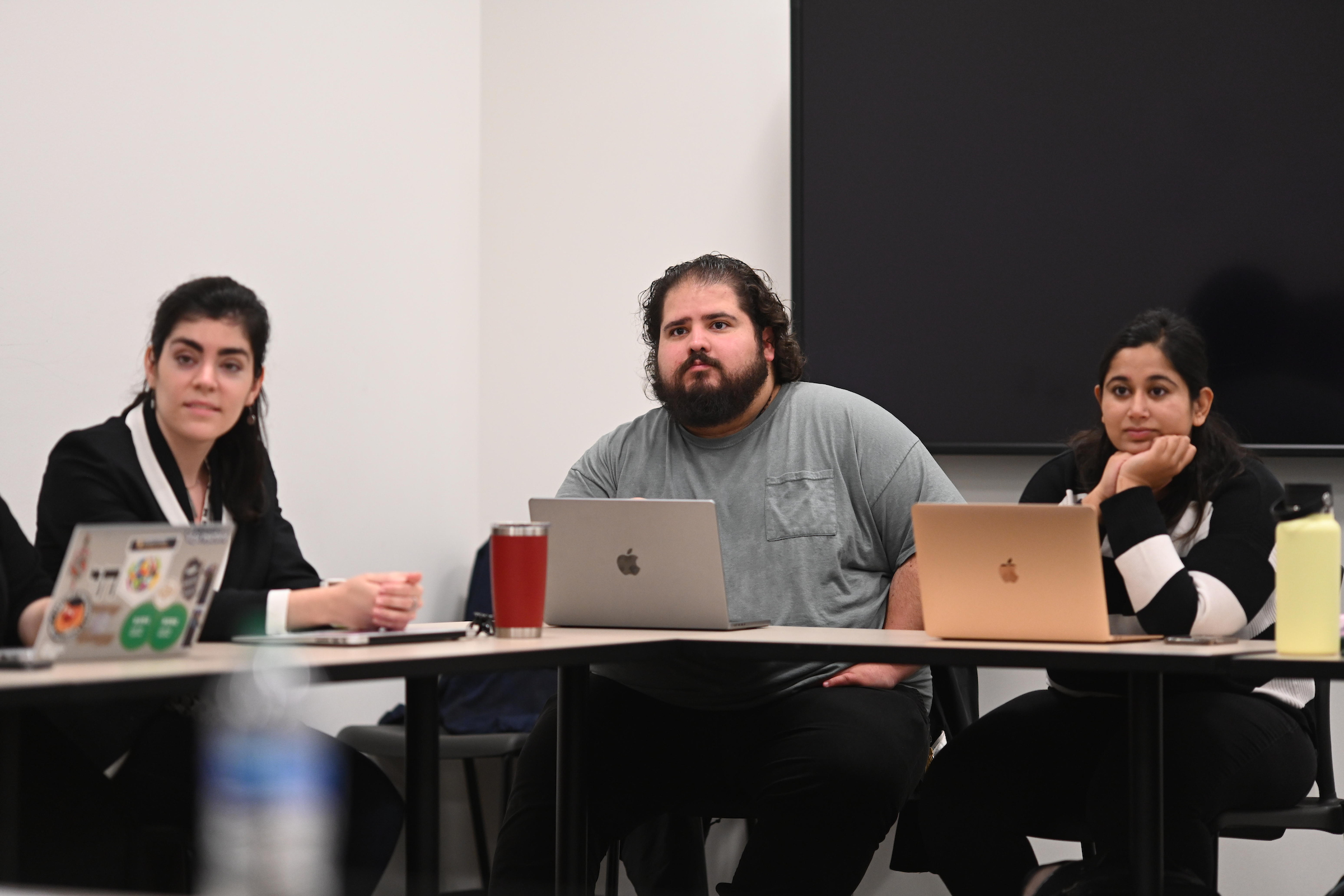 During the class, students asked questions on topics such as how the United States and Europe can work together to help refugees displaced by the Ukraine war. Pictured above are, from left, master of global affairs student Rachael Rosenberg and Notre Dame Law School students Patrick Giuliani and Wardah Bari. 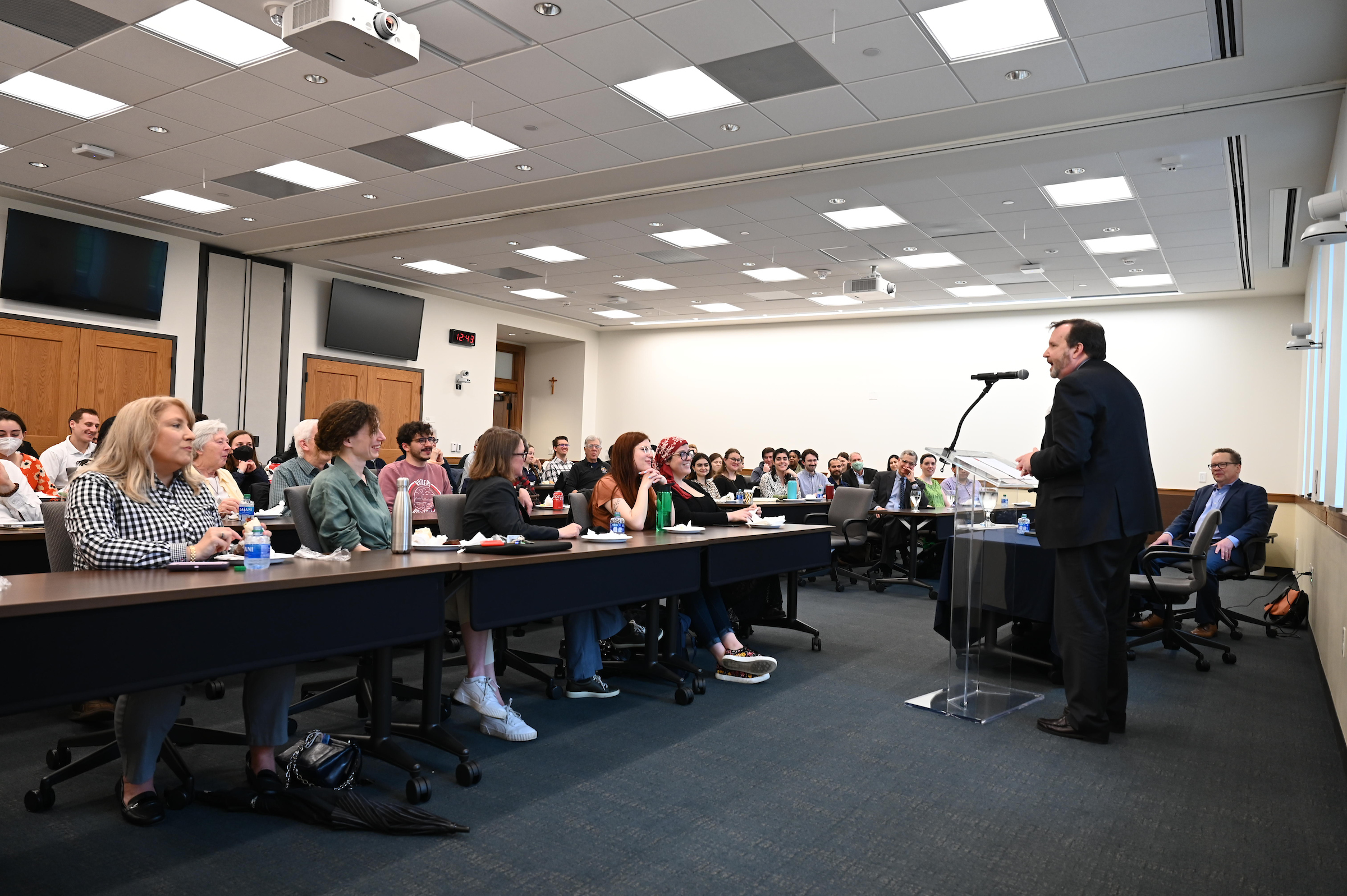 In his public lecture, the ambassador explored how the war in Ukraine will affect multilateralism, what it means for the United Nations, and how it may influence US foreign policy. Following his lecture, he also answered questions from faculty and students on a range of issues from humanitarian concerns to the ways in which the United States is helping Ukraine. 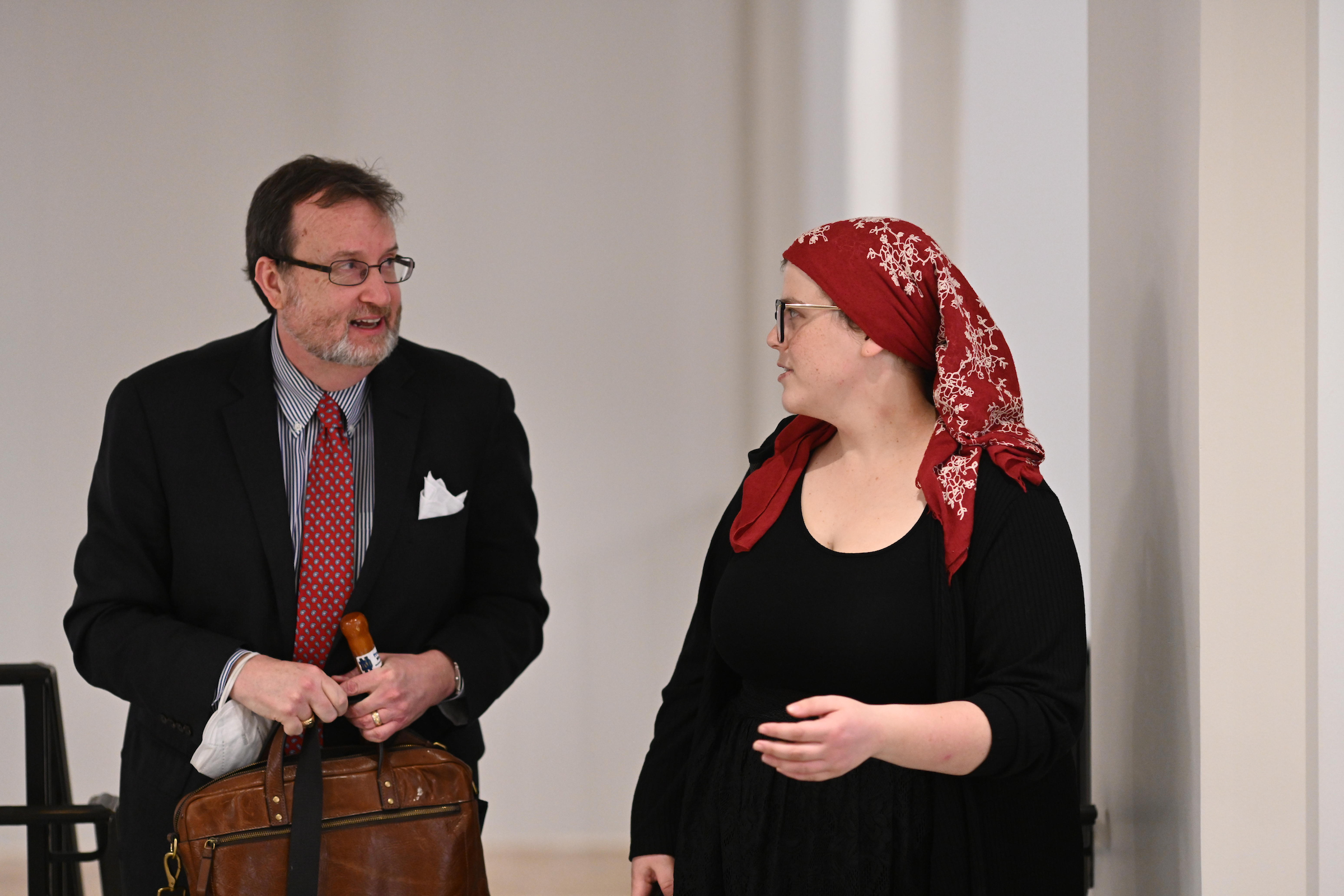 The ambassador, shown above with master of global affairs student Abigail Ginzburg, met with several students during his campus visit. He discussed his work as a diplomat as well as career opportunities offered by the United States Foreign Service. 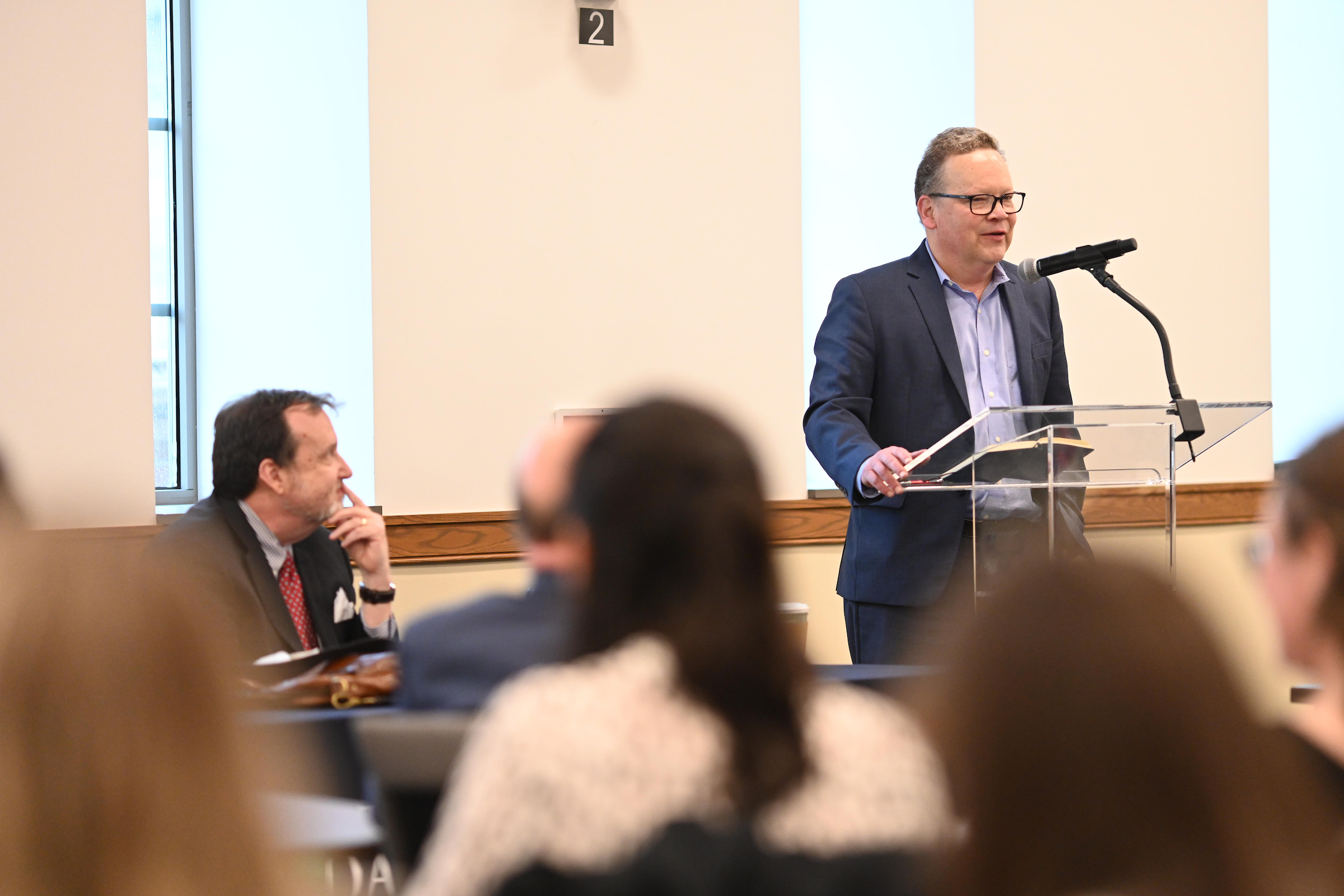