How do mothers deal with chronic violence and the constant presence of guns in their neighborhoods? How do they relate to the armed actors who inhabit their neighborhoods? How do they build situated meaning and discursive practices out of their experiences and relationships with armed actors? We compare the experience of women in two poor and working-class neighborhoods in Caracas. La Caracola, with a long history of civic organizations and drug trafficking, suffers regular, extortionate actions by the police. La Piedad has been ravaged by militarized police operations, which have produced a “warfare mode” among the members of organized criminal groups. Through this comparative ethnographic project we aim to show how, in the midst of state-sponsored depredation and with an overwhelming presence of guns in their lives, women use their traditional cultural roles as mothers to perform everyday forms of resistance vis-à-vis the different armed actors that impose their presence in the barrios. We focus on how women make and communicate meanings; engage in social networks with other women; and employ different discursive strategies as they deal with the armed actors. We foreground women’s experiences in two barrios, asking what material and historical conditions make these different experiences possible. In the mothers’ daily struggles, dramatic discursive actions—from more openly oppositional, such as shouting, scolding, and talking, to more hidden ones, such as, both “circulating gossip” and “captive gossip” to more helpless ones, such as whispering—are their main resources in the micropolitics of their neighborhoods. 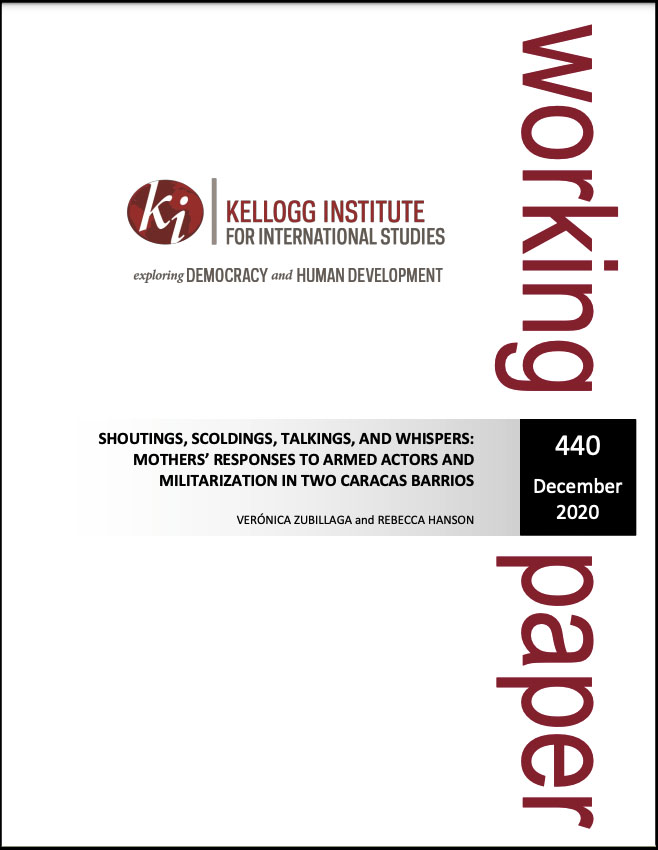