The Keough School’s Nanovic Institute for European Studies has awarded the 2021 Laura Shannon Prize in Contemporary European Studies to Peter Gatrell, professor of economic history at the University of Manchester (UK), for his book  The Unsettling of Europe: How Migration Reshaped a Continent, published by Basic Books.

The $10,000 Laura Shannon Prize, one of the preeminent prizes for European studies, is awarded each year to the best book that transcends a focus on any one country, state, or people to stimulate new ways of thinking about contemporary Europe as a whole. This year’s cycle of the award considered books in history and social sciences published in 2018 or 2019.

Placing migration at the center of postwar European history, and the aspirations of migrants themselves at the heart of the story, The Unsettling of Europe received high praise from the final jury for advancing a more human understanding of Europe, the people who call it home, and those who seek new lives within its borders:

“A sweeping, empathic, and deeply human story of post-1945 European migration, this book is a work of astounding scope and exquisite detail, covering the whole continent, including Russia and the former Soviet satellite states of Eastern Europe, stretching as far as the Caucasus and Kazakhstan,” the jury wrote. “With his compelling focus on individuals and cultures, Gatrell treats migration as a phenomenon inherent to the human experience and thus shared by Europeans East and West, North and South. He constructs his narrative based on prodigious research, interweaving individual testimonials, literature, and film with government documents to delineate dramatic personal experiences of migrants—from decisions to leave their homes and endure endless hardships in transit to their reception by the communities they wish to join and integrate into as well as by local and national governments. 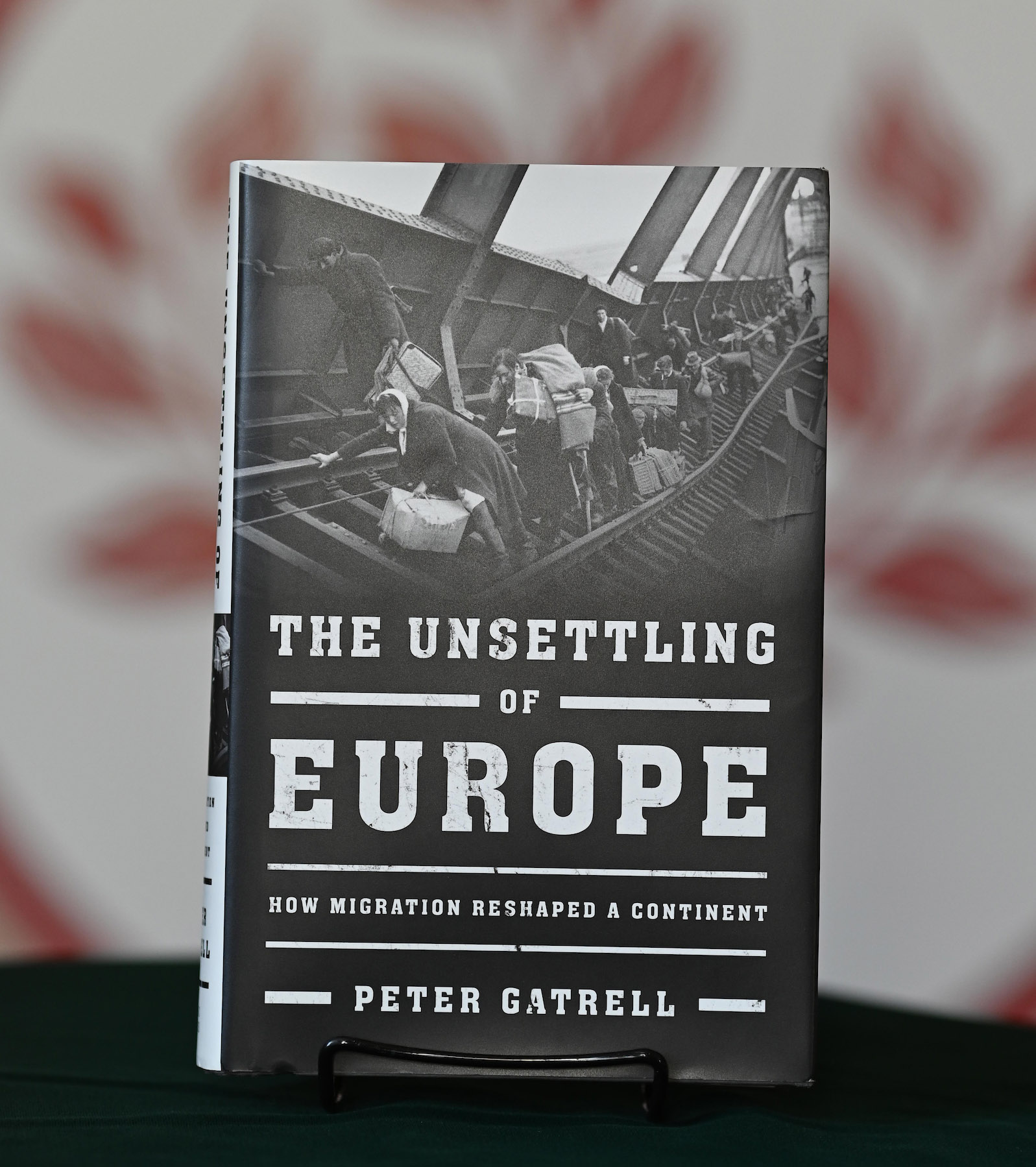 “True to his panoramic approach, Gatrell explores both transnational and internal migration and demonstrates that both have been as important in shaping society and economy in Eastern Europe as in Central and Western Europe. Far from being a drain on the economy or a cultural detriment to the host societies, as many of the old fallacies suggest and which Gatrell debunks, migrants have made enormous contributions to Europe’s dramatic enrichment and cultural vitality since 1945. In telling Europe’s postwar story through the lens of migration, Gatrell also reminds us of how intrinsic migration and migrants had been to the European experience in the decades, indeed centuries, prior to 1945.

“Superbly conceived and executed, comprehensive, and accessible, The Unsettling of Europe is a major contribution; a real tour de force that will be read with profit by scholars, policymakers, and anyone who wants to know more about Europe and its people.”

The final jury also awarded two Laura Shannon Prize Silver Medals, each of which also carries a monetary prize. One was awarded to Hilary Appel, Podlich Family Professor of Government and George R. Roberts Fellow at Claremont McKenna College, and Mitchell A. Orenstein, professor of Russian and East European studies at the University of Pennsylvania, for their book From Triumph to Crisis: Neoliberal Economic Reform in Postcommunist Countries, published by Cambridge University Press. The second Laura Shannon Prize Silver Medal was awarded to Kate Brown, professor of science, technology, and society at the Massachusetts Institute of Technology, for her book Manual for Survival: A Chernobyl Guide to the Future, published by W. W. Norton & Company.

Now in its twelfth year, the Laura Shannon Prize is made possible through a generous endowment from Michael and Laura Shannon of Houston, Texas. Laura has served on the Nanovic Institute’s Advisory Board, and Michael, a 1958 Notre Dame graduate, previously served on Notre Dame’s Graduate Studies and Research Advisory Council.

The Laura Shannon Prize is now accepting nominations of humanities books for its 2022 Prize. European studies books published in 2019 or 2020 are eligible, with nominations due February 15, 2021.

The Nanovic Institute for European Studies at the University of Notre Dame is committed to enriching the intellectual culture of Notre Dame by creating an integrated, interdisciplinary home for students and faculty to explore the evolving ideas, traditions, cultures, beliefs, and institutions that have shaped and shape Europe. The institute is an integral part of Notre Dame’s Keough School of Global Affairs. For additional information about the Nanovic Institute and the Laura Shannon Prize, visit nanovic.nd.edu/prize.

Originally published at nanovic.nd.edu on January 28, 2021.