A conversation with Ambassador (ret.) Susan D. Page on her diplomatic career

Ambassador (ret.) Susan D. Page, the first US ambassador to the world’s newest nation, South Sudan, has had a long and distinguished diplomatic career. A 1989 Harvard Law School graduate, Page has served as an attorney for the US Department of State’s prestigious Office of the Legal Adviser, a regional legal advisor for USAID in Kenya and Botswana, and a political officer in Rwanda.

An expert on Africa’s Great Lakes Region, Page helped with the evacuation of US citizens and US embassy employees in Rwanda during the 1994 genocide. When the embassy reopened several months later, Page was the first attorney to return to Rwanda, where she assessed the prison and justice system to determine the type of aid the US could provide under the Foreign Assistance Act.

Ambassador Page is spending the 2019-20 academic year at the Keough School, teaching two courses: Diplomacy and Statecraft, and Africa in the Global Context: Diplomacy, Democracy, and Development. She advises master of global affairs and undergraduate students, and contributes diplomatic and policy expertise to the wider Notre Dame community. 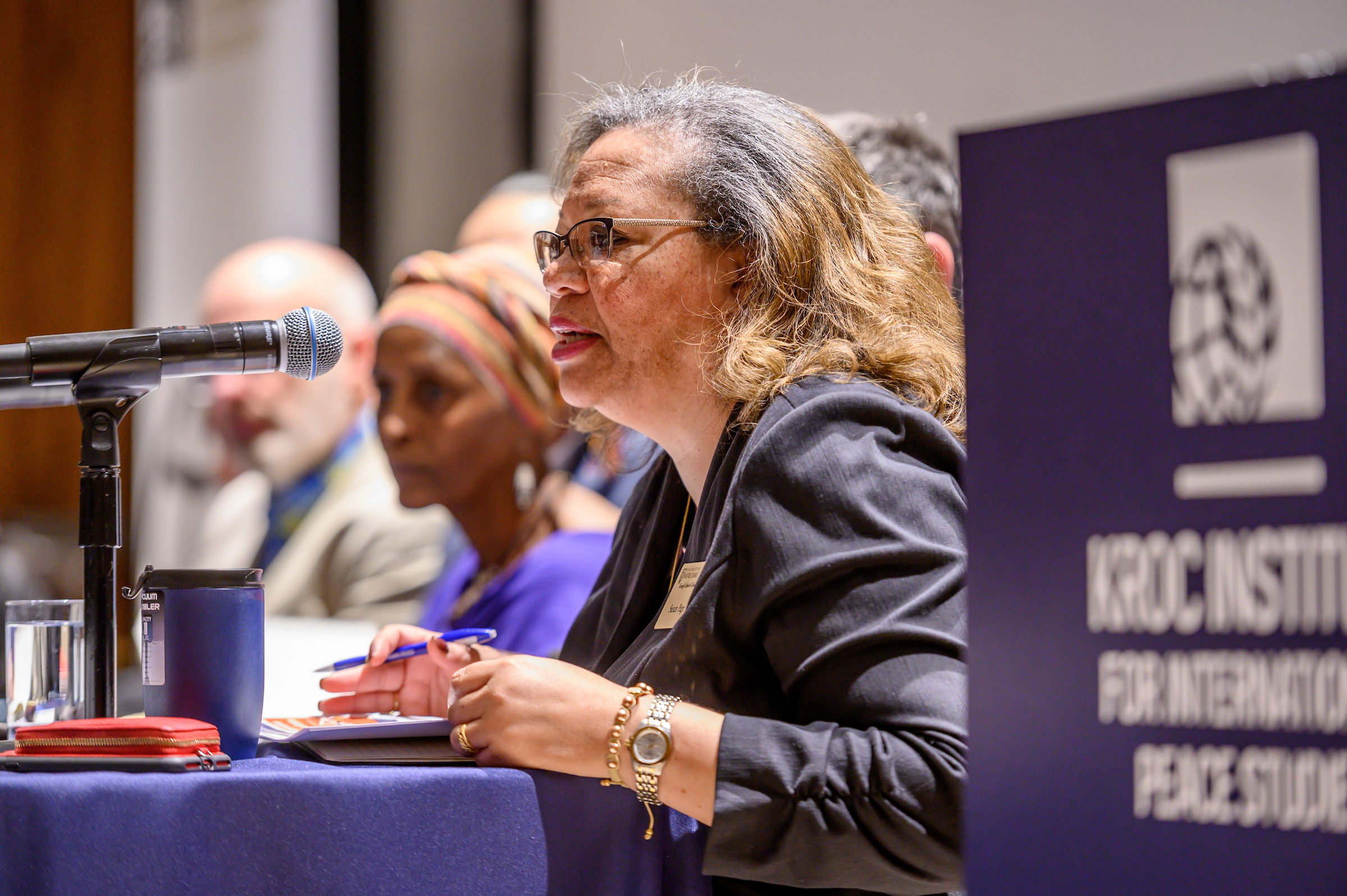 Photo: Ambassador Susan D. Page recently moderated a panel discussion on reparations and reconciliation as part of Notre Dame’s 2020 Walk the Walk week. The panel was sponsored by the Kroc Institute for International Peace Studies, part of the Keough School.

Q: How did you become the first US ambassador to South Sudan?

A: I had firsthand knowledge of Sudan because I had been working for the Intergovernmental Authority on Development, an eight-country trade bloc in Africa that included Sudan (and now South Sudan). My colleagues and I helped draft the 2005 Comprehensive Peace Agreement (CPA) between the Sudanese government and one of the factions fighting the government, the Sudan People’s Liberation Movement/Army. The CPA included the provision for secession after a six-and-a-half year interim period in which to “make unity [of the country] attractive.”

The January 2011 referendum for the people of southern Sudan was peaceful and fair with a vote of 98 percent in favor of seceding from Sudan, giving many peace advocates around the world a false hope that the development of the new nation of South Sudan would be peaceful and democratic. As we now know, a peaceful transition and democratic state remained only a dream. 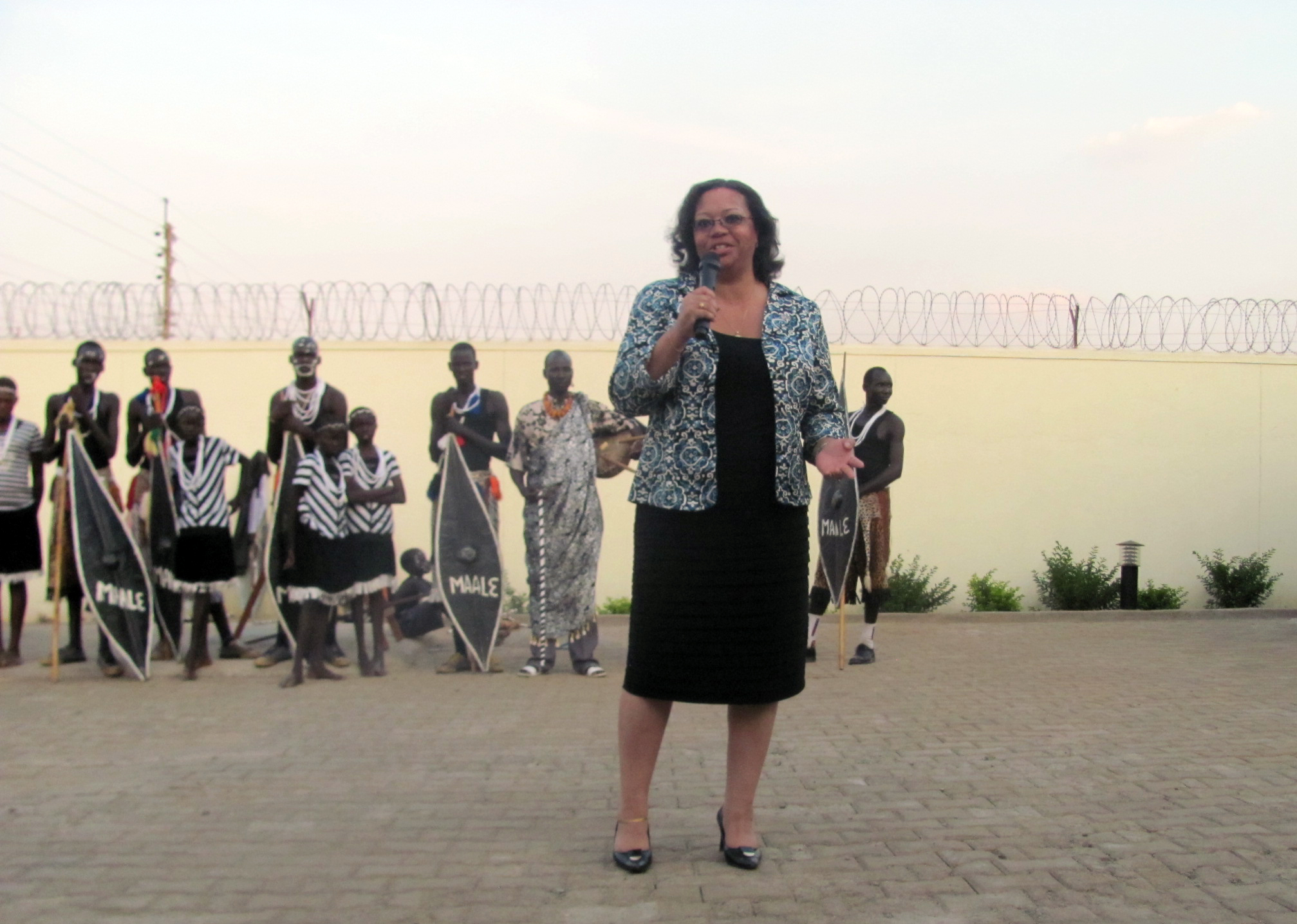 Because of my firsthand knowledge of Sudan and then southern Sudan, I threw my hat in the ring for consideration to become the ambassador. I talked to my family first because it involved a lot of sacrifice. It was an unaccompanied posting, which meant I would be living without my husband or son for three years. As is customary, I practiced for the confirmation hearing with my colleagues beforehand—the practice hearing is called a “murder board” because you get tough questions from those pretending to be senators. However, the actual hearing itself was easy because everyone was so excited about the promise of South Sudan.

Q: What are the primary responsibilities of an ambassador?

A: We observe what is happening on the ground, writing and sending cables to Washington, offering suggestions and implementing programs. We are the eyes and ears of the US government. We also bear the weighty responsibility for the security and safety of the men and women under our authority (and their families). We set the tone for the mission itself—everyone should feel included and that their voices are heard. I told everyone that we were a team—Team Juba. I made a point of participating in some of the fun activities, like Wiffle Ball, because when you’re on an unaccompanied mission you make your own fun.

Q: What was it like when the war broke out in December 2013?

A: I had the difficult task of executing the evacuation plan, which every embassy maintains. First, we had to decide collectively with the State Department whether we would keep the embassy open, and, if so, who would stay. We knew that if the US embassy closed, all other countries would close their embassies as well.

The State Department agreed on a significant drawdown of embassy personnel and within a few weeks, I oversaw the evacuation—by military and commercial flights—of nearly all my personnel. US Ambassador Chris Stevens and three other people had just been killed in Libya, and the White House did not want to take any chances with a larger presence than they believed was warranted.

I continued to push for peace and dialogue as much as possible.

As the war raged on and spread, I continued to push for a peace process and advocated for the release of political prisoners. I visited South Sudanese people in internally displaced camps, both formally and informally, and spread messages of tolerance and unity. I remained in my posting until the end of August 2014, just a few months shy of three full years—a normal ambassadorial tenure. It was hard to stay with only a skeleton staff and an increasingly polarized and ethnicized population, but I continued to push for peace and dialogue as much as possible. At the same time, I was also intent on returning home for my son’s senior year of high school, having missed most of his high school years. My departure was bittersweet. 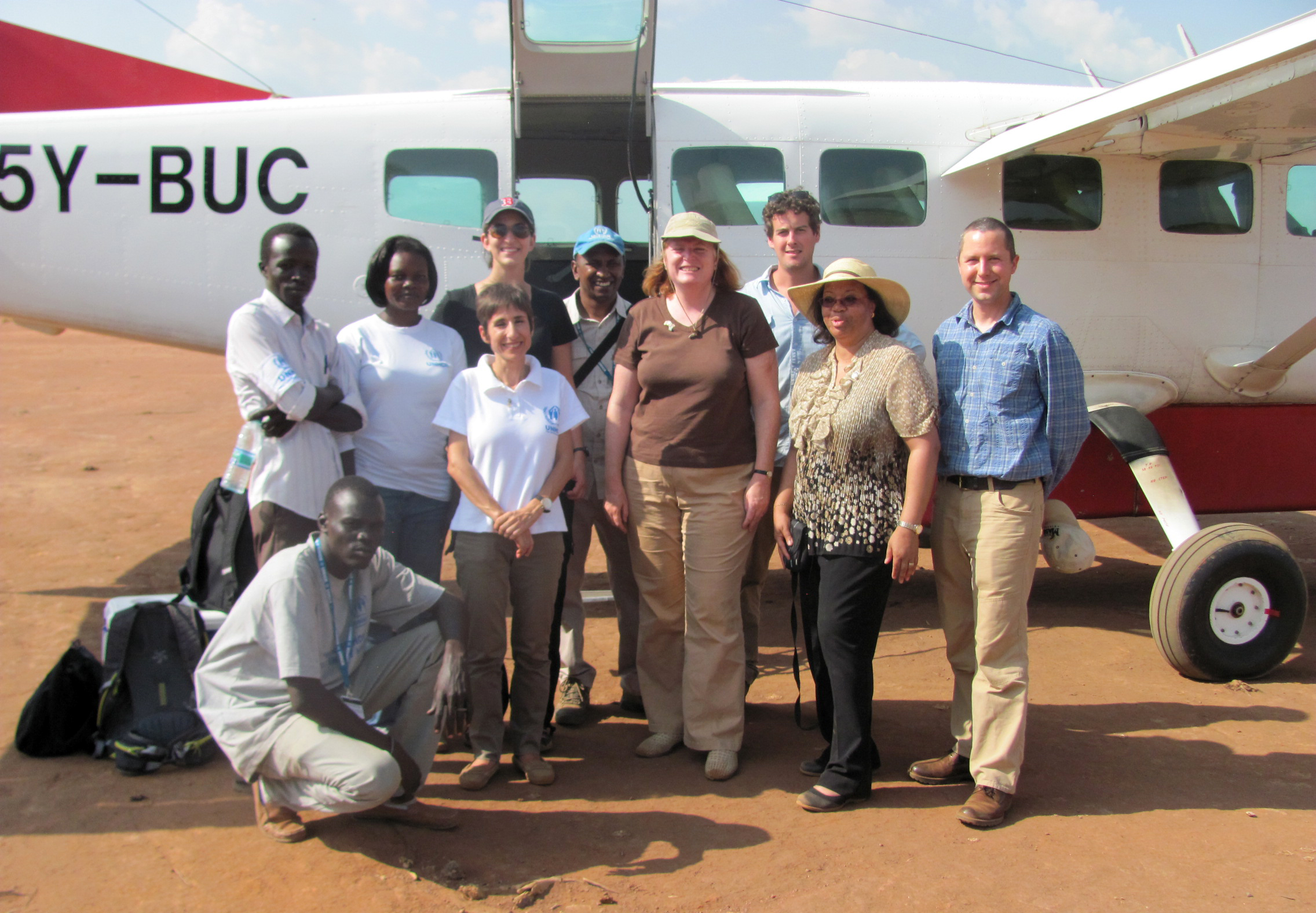 Q: What role did your Catholic faith play during this time?

A: Attending Mass was the one thing I did solely to replenish myself. As an ambassador, you’re on duty 24-7 and you can’t take off your ambassador’s hat. But I did take off my US-South Sudan pin every Sunday before attending Mass, to say “Today, I am just one of you, just a poor sinner like the rest of you in need of nourishment and healing.” I found a parish and got to know the priest and bishops. I was occasionally asked to be a lector—to read the Scriptures aloud. Before Mass, an advance security team would visit the chapel to make sure the premises were secure. One Sunday after the war began, I was told that there were three uniformed men sitting in the area where I normally sat. My security team returned and told me I couldn’t attend Mass for fear that I might be a target.

Church leaders tried to steer people towards peace. Religious leaders had played an important role in trying to end the civil war and end the oppression of so many Sudanese people. They were no different in the run-up to and during the current civil war; they advocated for tolerance, peace, justice, and freedom. During bishops’ conferences, the Archbishop of Juba often asked me to brief the bishops on the peace process and the efforts of the international community. They asked for suggestions based on what we were seeing and hearing on the ground.

Democracy is a fragile thing. It is hard-won but easily lost.

Q: What is gratifying about being an ambassador?

A: It was gratifying to use my voice partly as an American representing the US, but also as the personal envoy of the president. I prayed with people in the internally displaced camps and traveled to far-flung places where people said they had never seen their own government representatives. It was significant that I was a female Black ambassador. I got to see some South Sudanese women pursue master’s and doctoral degrees, and then return home to have a profound impact on education in their country.

During my 2013 Fourth of July speech, I addressed the rise in violence between certain ethnic communities with the government on one side. I could see what was coming. I said to the South Sudanese and the government,  “Democracy is a fragile thing. It is hard-won but easily lost.”

Q: What skills does an ambassador need?

A: You need excellent communication skills and diplomatic know-how—when to use pressure and coercion. You need language skills and conflict mitigation skills with overlays of sociology, anthropology, and psychology. In South Sudan it was important to understand the fighting groups—to learn that there are ethnic groups but that there are also clans within the ethnic groups and that some of the fiercest fighting was often intra-clan.

You also have to understand art, dance, theatre. All of that is cultural diplomacy, which can make a difference in ways that traditional diplomacy cannot. It’s another type of statecraft.

Q: What do you make of the recent impeachment hearings in the US?

A: Of course, it is sad that we have arrived at this point. But I see the hearings—not the outcome—as a reaffirmation of the democratic process. I watched with pride as our career public servants—foreign and civil service officers, as well as uniformed military—testified with dignity and honesty. They are standing up, staying strong, and pushing back against illegality even in the face of on-the-spot pressure, of a president who is tweeting while they are testifying.

These brave men and women are reminding the world that the oath they swear is not to a president but to the upholding of the US Constitution, and they take that oath seriously as public servants. It’s important that our country takes these issues seriously because democracy is a fragile thing.