Visiting Professor of the Practice 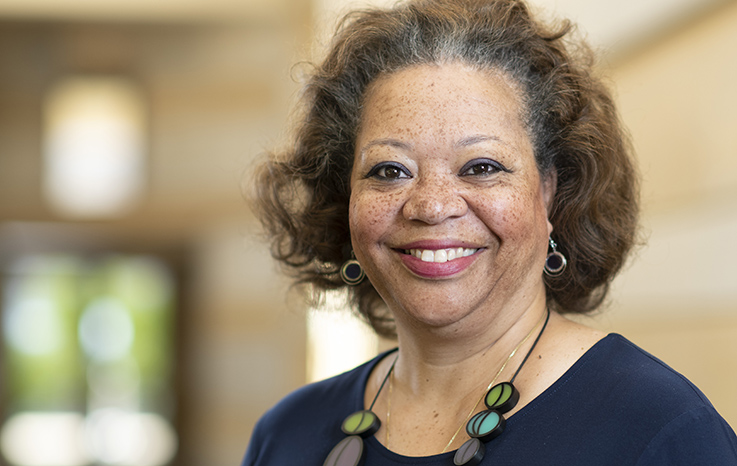 Visiting Professor of the Practice

Page was the first US ambassador to the world’s newest nation, the Republic of South Sudan, from 2011 to 2014. Following that historic posting, she served as chargé d’affaires to the US Mission to the African Union/Permanent Representative to the UN Economic Commission for Africa. Page also was deputy assistant secretary of state for African affairs, senior advisor to the special envoy for Sudan and South Sudan, and chaired the multi-agency Security Governance Initiative for Ghana. She has received several top awards from the State Department for her work in Sudan, South Sudan, and the Great Lakes region of Africa.

As legal and political advisor to the Horn of Africa’s Intergovernmental Authority on Development Secretariat for Peace in Sudan, she was a key member of the mediation team from 2002 to 2005, co-drafting essential elements of the 2005 Comprehensive Peace Agreement (CPA) for Sudan. In implementation of the CPA, Page led the UN Peacekeeping Mission for Sudan’s Rule of Law and Corrections Advisory Unit, creating the unit at the mission’s inception and establishing all three offices of the Unit (Khartoum, Juba, and Darfur). Page also served as regional director for Southern and East Africa at the National Democratic Institute for International Affairs from 2007 to 2009.

In 2017, Page was appointed assistant secretary general and special representative of the UN Secretary General for the UN Peacekeeping Mission for Justice Support in Haiti. Prior to that assignment, she served as deputy special representative of the secretary-general responsible for the rule of law at the predecessor mission in Haiti. In 2018, the UN Secretary General appointed Page as his special advisor on rule of law, Global Focal Point (GFP) Review Implementation. Page’s recommendations for restructuring the GFP were subsequently adopted by the UN leadership.

Following her tenure at the United Nations, Page joined the Stevenson Group as a senior consultant in Washington, DC, furthering the group’s advisory services to business clients working internationally. She is currently an advisor to the United Nations Association of the National Capital Area and a former non-resident fellow of the Rift Valley Institute.

Page began her foreign affairs career at the US Department of State in 1991 and served as attorney-advisor for politico-military affairs, USAID regional legal adviser in Kenya and Botswana covering East and Southern Africa, and political officer in Rwanda. She has also worked for the UN Development Programme as a senior legal expert in Rwanda and Sudan.

Page earned a JD from Harvard Law School and an AB in English with high distinction from the University of Michigan. She was awarded a Rotary International Postgraduate Fellowship to Nepal where she conducted research on women’s and children’s rights. In addition, she received certificates of merit and distinction from the University of St. Andrews in Scotland before attending law school.