In post-election Taiwan, experts say, democracy is a journey

Taiwan’s recent elections are yet another step in its larger democratic journey, the Pentagon’s former top Asia policy expert said during an important conversation at the Keough School’s Washington Office.

“Democracy is not an endpoint; it’s not an accomplishment,” said Randall Schriver, former assistant secretary of defense for Indo-Pacific Security Affairs for the US Department of Defense. “It’s a journey, it’s an experiment, and these elections are very key to sustaining that great journey and experiment.”

Schriver, who was making one of his first public appearances since stepping down from his national security role in December, delivered the keynote at “Beyond the Ballot: Taiwan’s Elections and Their Implications for US Policy.” The Jan. 16 event—hosted by the Keough School’s Liu Institute for Asia and Asian Studies—synthesized insights from a diverse panel of experts. 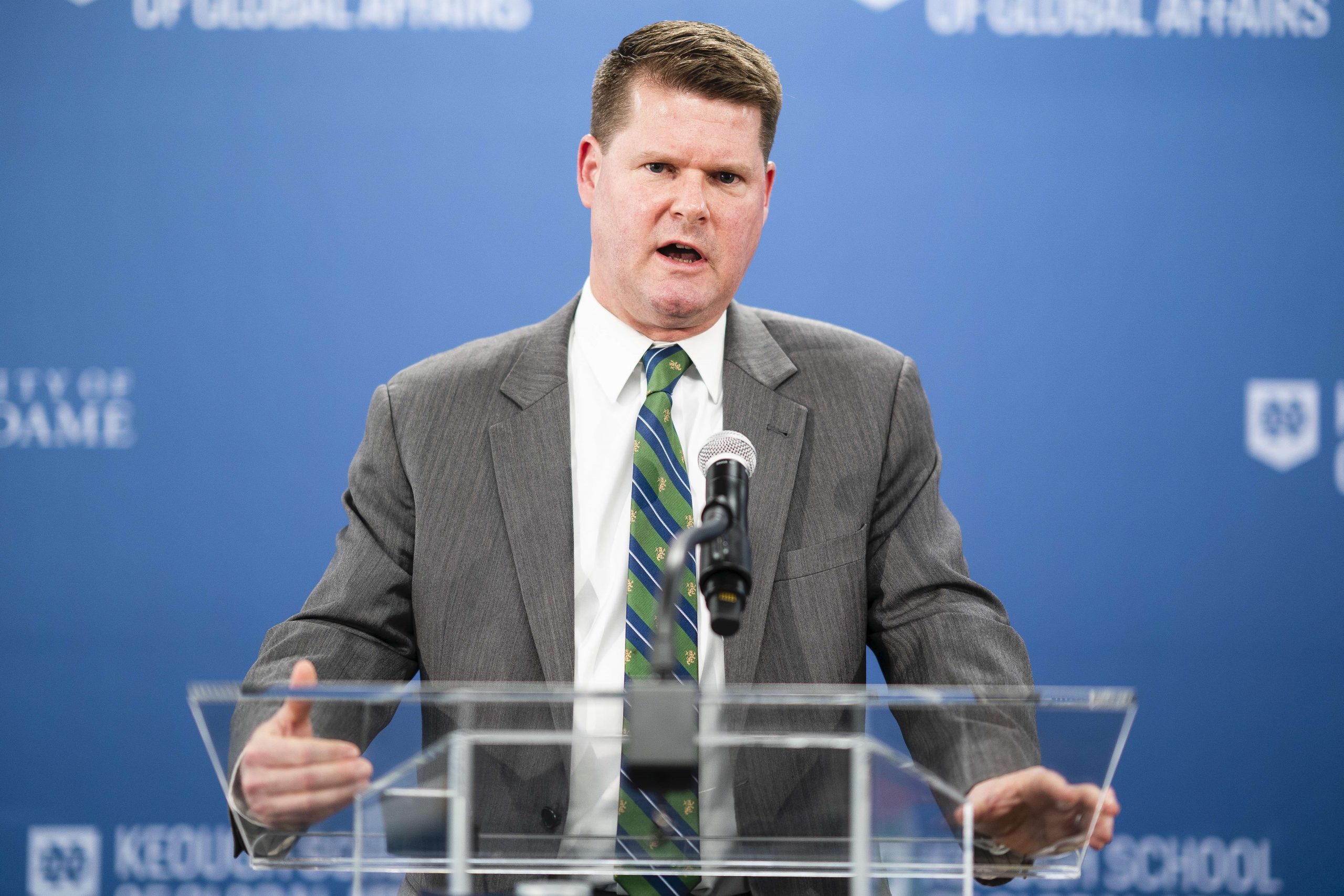 Regarding US-China relations, the most likely place where the US would have a problem—even a crisis—is Taiwan.

Panelist Russell Hsiao, executive director of the Global Taiwan Institute, emphasized that the election and the Hong Kong protests were closely tied.

“Other countries are looking to Taiwan for ways to thrive as a democracy even under pressure from a powerful country like China,” he said. “Hong Kong was a big factor in the Taiwan elections and it played to the incumbent’s strengths.”

Schriver, who knows President Tsai Ing-wen personally, said she is pragmatic and willing to have tough discussions with Beijing, but the feeling does not seem to be reciprocal. He doesn’t believe the PRC’s tactics regarding Taiwan will change much based on the results of the elections.

“I don’t see an appetite for, again, [the PRC] changing the trajectory, sitting down with Tsai Ing-wen. I think that’s a mistake,” he said. “They don’t show any signs of having a broad toolkit and being very nuanced and very flexible when it comes to Taiwan historically. So my guess is we continue to see a lot of the same tactics, the same pressure—stripping of diplomatic allies, military exercises in proximity to Taiwan and the like.” 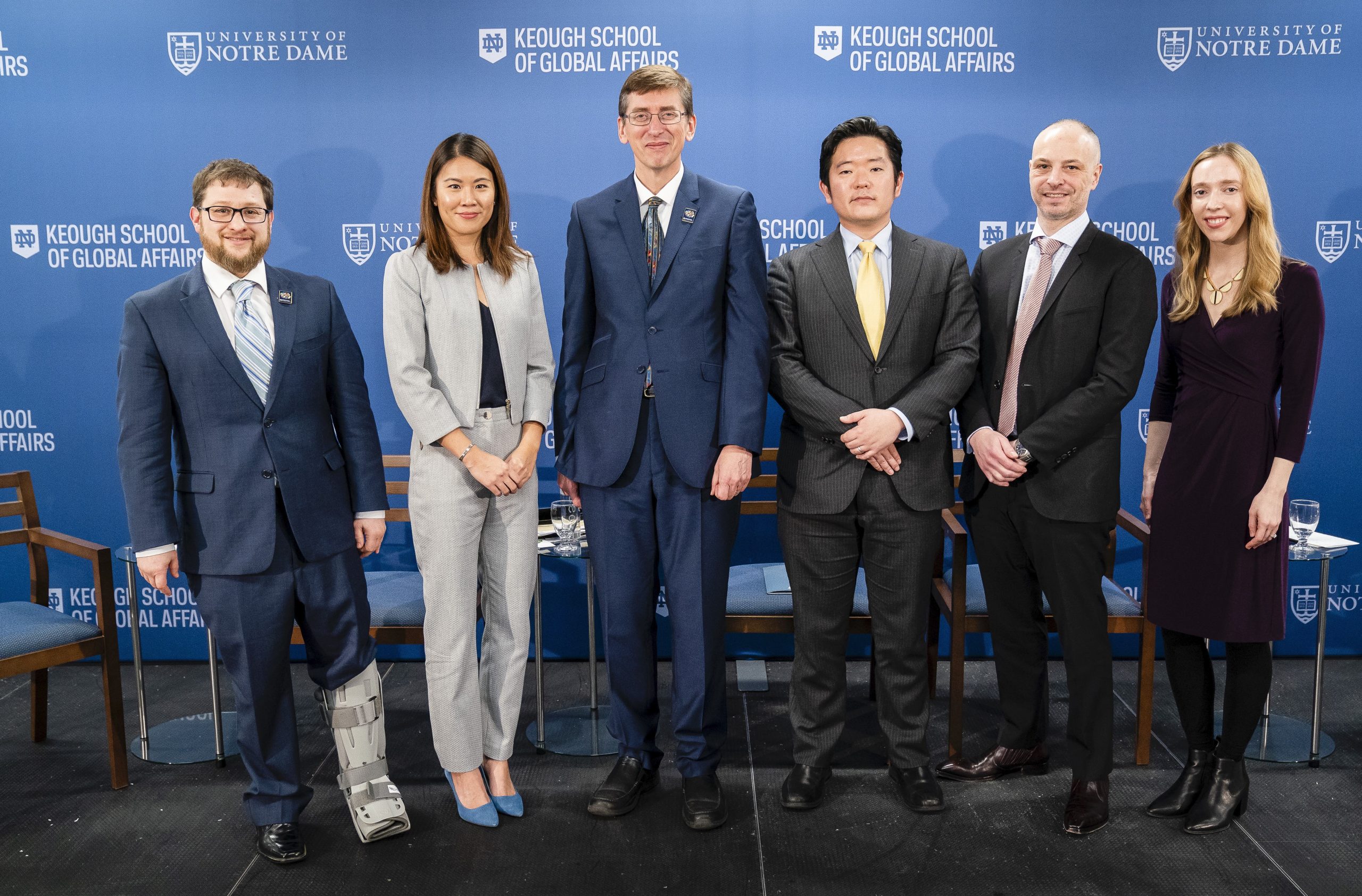 The tension transcends the region, too, and presents foreign policy challenges for the United States, Schriver said: “Regarding US-China relations, the most likely place where the US would have a problem—even a crisis—is Taiwan.”

US strategy in the region relies on Taiwan to defend itself from mainland China, he said, so the US can, with its partners, focus on wider issues in the Indo-Pacific. “The US has inclusive vision for the Indo-Pacific, but we find ourselves in competition with China.” Surprisingly, he noted, arms sales from the US to Taiwan have a reputation for improving relations between China and Taiwan.

Keough School’s Joshua Eisenman, an associate professor of global affairs who specializes in Chinese politics, US-China relations and China’s relations with developing countries, said mainland China is capable of change, but not when it comes to Taiwan or Hong Kong. He also said the United States could do more to enhance its relationship with Taiwan, adding that trade was one such way. The ongoing US-China trade battle, he said, represents the US sending a clear message to China that it wants to change the way the countries conduct trade.

Tiffany Ma, senior director of BowerGroupAsia, said trade could be a means to better relations. 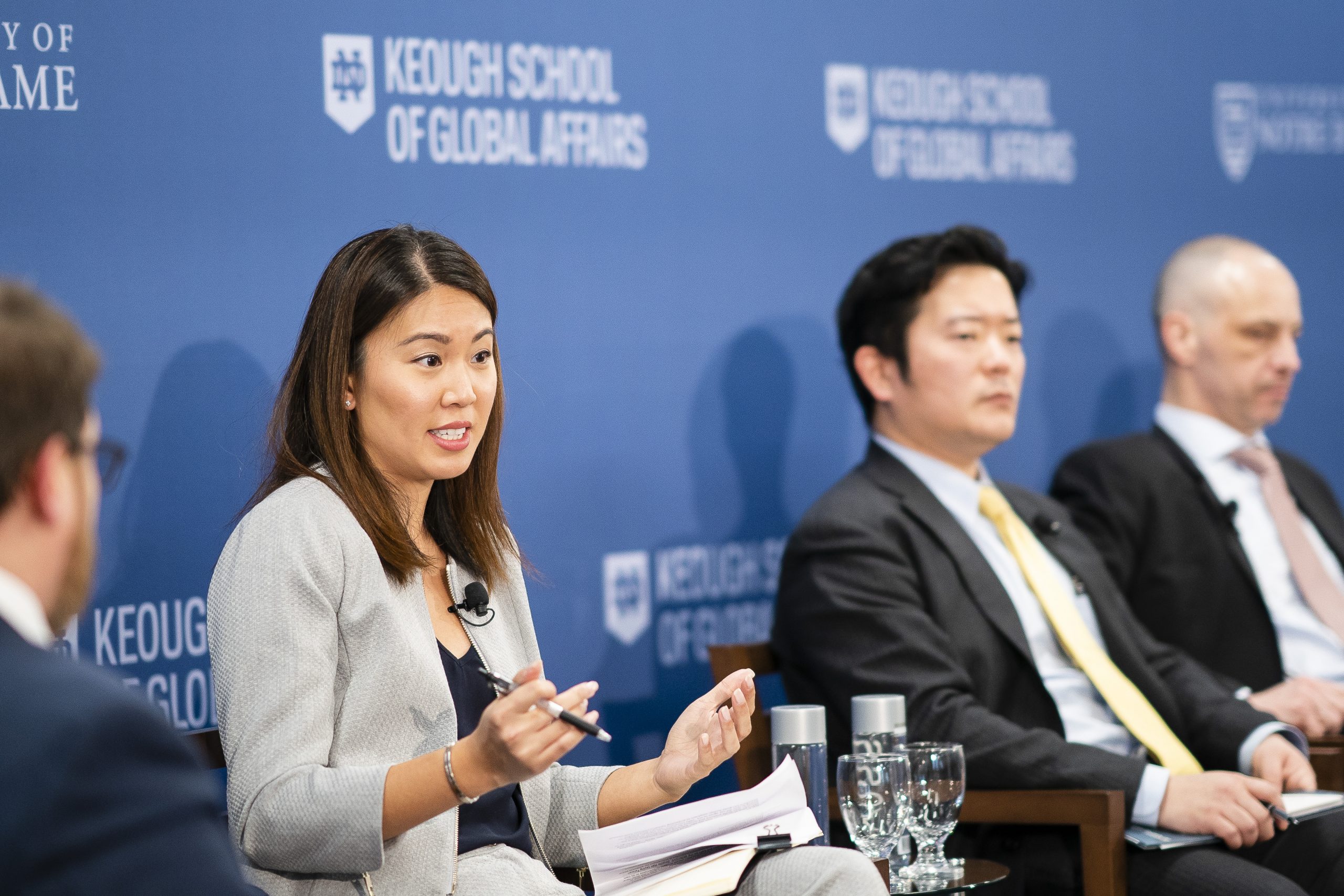 “We need to look at Taiwan’s position in global trade and what it has to offer,” Ma said, noting that business interests and national identity clash for many Taiwanese businesspeople living in mainland China. “They faced a lot of pressure to vote a certain way in the recent elections.”

Sean King, senior vice president of Park Strategies LLC, acknowledged the importance of trade between Taiwan and its biggest trade partner, mainland China. But he added that economic integration doesn’t have anything to do with national identity.

“There doesn’t need to be an either/or regarding the One China Policy,” King said. “There can be two Chinas as there were two Germanys.”