Despite the formal end of civil war and armed conflict, Mexico continued to experience significant levels of violence during the 1930s and 1940s. This period has traditionally been associated with the process of pacification, institutionalization, and centralization of power that enabled the consolidation of rule in post-revolutionary Mexico; a process epitomized by the marked national decline in levels of homicide that began during the 1940s and continued throughout the second half of the twentieth-century. However, the dynamics of coercion and resistance that characterized state-society relations during this period, particularly at the regional and local levels, reveal that violence pervaded all aspects of society and that it was perpetrated by a multiplicity of actors, including vigilantes, pistoleros, private militias, lynch mobs, military, police, and others, including violent entrepreneurs. Violence was used both as a means to contest the legitimacy of the post-revolutionary state project and as an instrument of control and coercion on behalf of political elites and local power brokers. Conversely, violence superseded the realm of traditional politics and constituted a central force shaping Mexican society. Violence against women in both the public and private sphere, violence driven by economic interests, and violence incurred in citizens’ attempts to control crime and social transgressions, reveal that citizens—and not only state actors—contributed to the reproduction of violence. Although violence in post-revolutionary Mexico was neither centralized nor exercised in a top-down manner, impunity and collusion between criminal and political elements were central to the production and perpetuation of violence, both within the Mexican state and within civil society. When examined in light of these two decades of the post-revolutionary period, the character and levels of violence in contemporary Mexico appear less as an aberration and more as the latest expression of a longer historical trajectory, uneven and nonlinear, of decentralized, multifaceted, and multi-actor forms of violence. 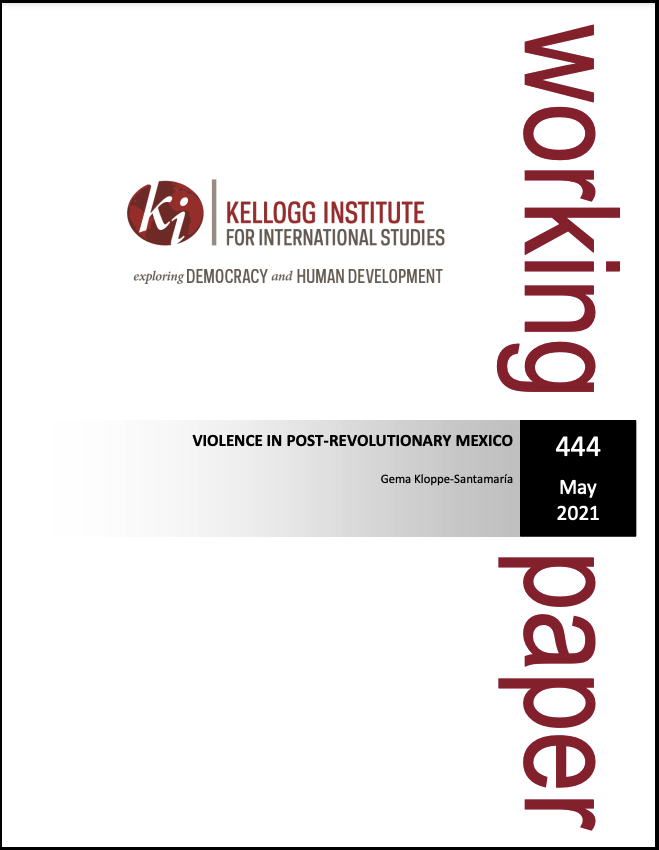