Home › Publications › Beyond a Single Model: Explaining Differences in Inequality within Latin America

Beyond a Single Model: Explaining Differences in Inequality within Latin America

This paper studies the determinants of income inequality in Latin America over the long run, comparing them with explanations of why the whole region is unequal. I first show how land inequality can account for differences between Latin America and other parts of the world but how it does not explain within-region differences. Using qualitative comparative analysis, I then consider how political institution and actors interact with the economic structure (i.e., type of export specialization) and with the ethnic composition of the population. The paper has several findings. A low indigenous/afrodescendant population is a necessary condition for relatively low inequality. I identify two sufficient-condition paths, both of which include the role of democracy, political equality, and a small indigenous and afrodescendant population. The first path also includes a favorable export specialization, while the second one includes the presence of leftist presidents instead. The paper calls for more explicit comparisons between our analytical models for the whole region and our explanations of between-country differences. Hopefully, the paper can also trigger more research on how the interactions between ethnicity, politics, and the export structure shape inequality in Latin America. 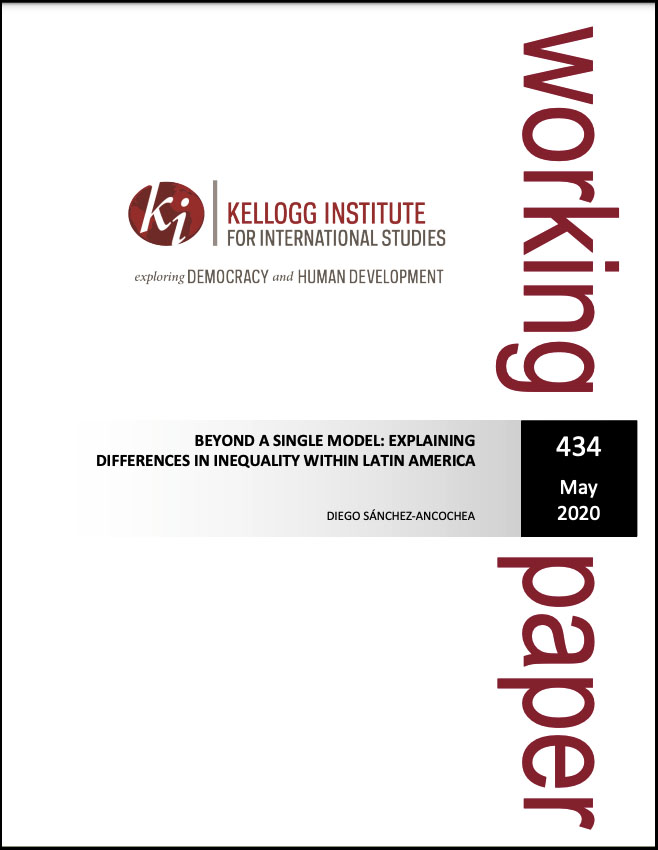