University of Notre Dame senior Lexie Van Den Heuvel asked one of the tough questions during a recent global policy seminar at the Keough School.

With the 2020 US presidential election approaching, Van Den Heuvel wanted to know what policy initiatives might strengthen electoral systems in the United States and abroad. 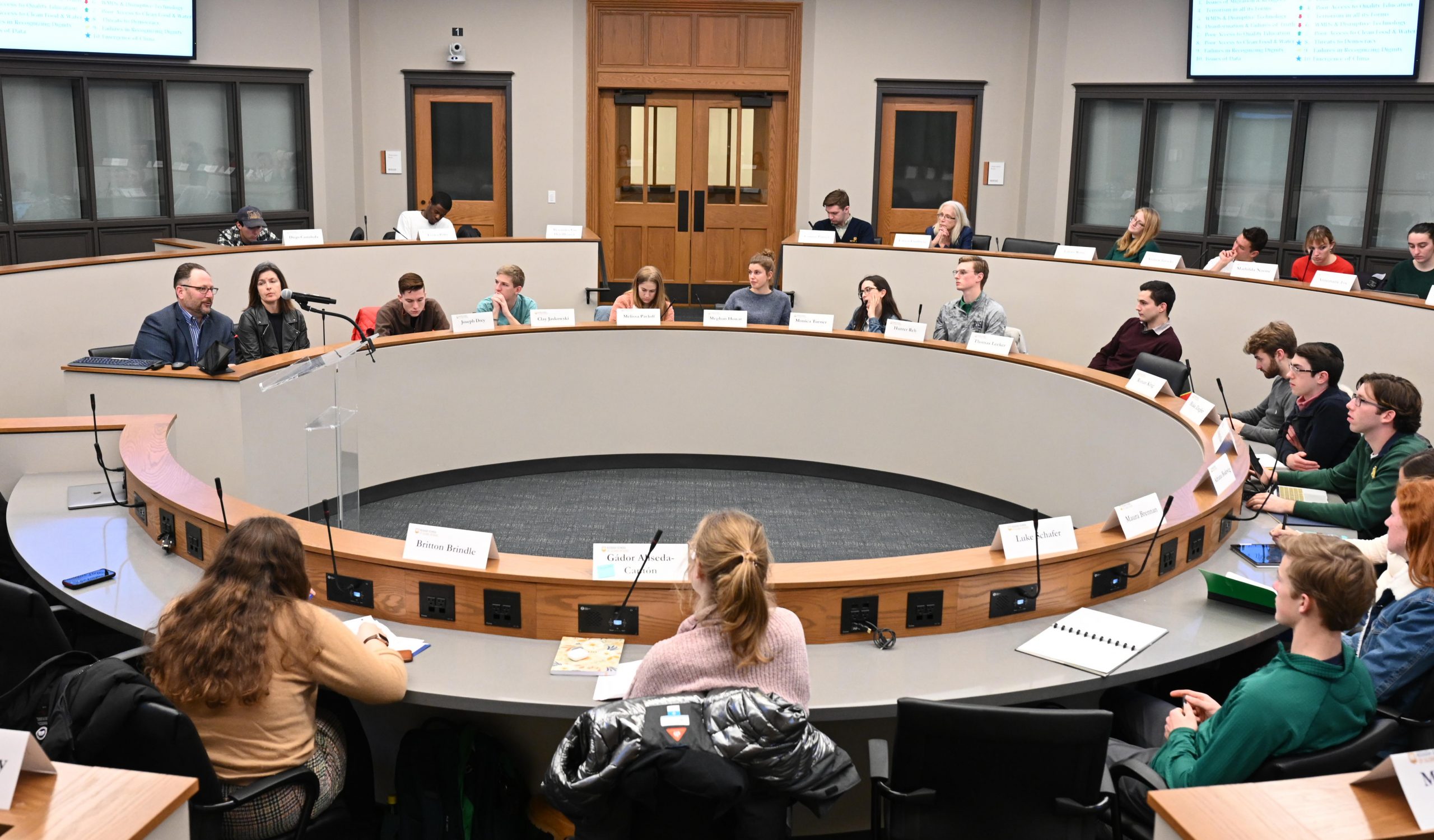 Loesch took a moment to reflect before delivering a candid answer based on decades of professional experience. The former chief of staff for Washington governor Chris Gregoire, he worked as an international elections monitor in South Africa in 1994 as Nelson Mandela’s election ended the apartheid era. He also held a similar role in Bosnia following that country’s civil war. He recalled to students how important a US presence was in both locales, communicating stability and democratic principles.

“It concerns me that our stature around the world is so much in question right now,” Loesch said. “We’ve got to get a handle on the disinformation in our system.” Loesch, who holds four Notre Dame degrees (BA ’87 , JD ’91, LLM ’92, MA ’94) and has served as intergovernmental affairs director and tribal attorney for the Swinomish Indian Tribal Community, pointed to the Carter Center and similar organizations with election-integrity strategies linked to positive US foreign policy influence. “I worry that a lot of that is eroding.”

Loesch and Lewis, who are married, emphasized the importance of allyship, whether in advancing a government agenda or pressing for change through philanthropy. It’s what animates their commitments to mitigating climate change or global economic inequality through policy. It’s allyship that also unlocks the door to success in global development, they said.

Lewis described her allied approach to working with local communities when seeking to enact public health measures on tobacco or sanitation for the Gates Foundation.

“It’s important to note who is not at the table and who will be impacted,” she said.

All politics is local, Lewis said, so her advocacy work for tobacco control legislation relies on civil society partners—many of them facing intense pressure from the world’s Big Tobacco companies—as much as it depends on governments willing to adopt policy.

The same principle applies to public health policy issues such as water access, she said. For example, it’s the Nigeria-based African Ministers’ Council on Water and its member states that are best positioned to improve sanitation and protect precious water resources in their countries.

In addition to allyship, Lewis and Loesch said that policy interventions also require influence on social norms. With respect to tobacco control policies, for example, it takes about three years to see a policy  become a shared expectation, Lewis said, and by that time very few people smoke in public. The same holds true for campaigns that promote things like marriage equality or motorcycle helmets. 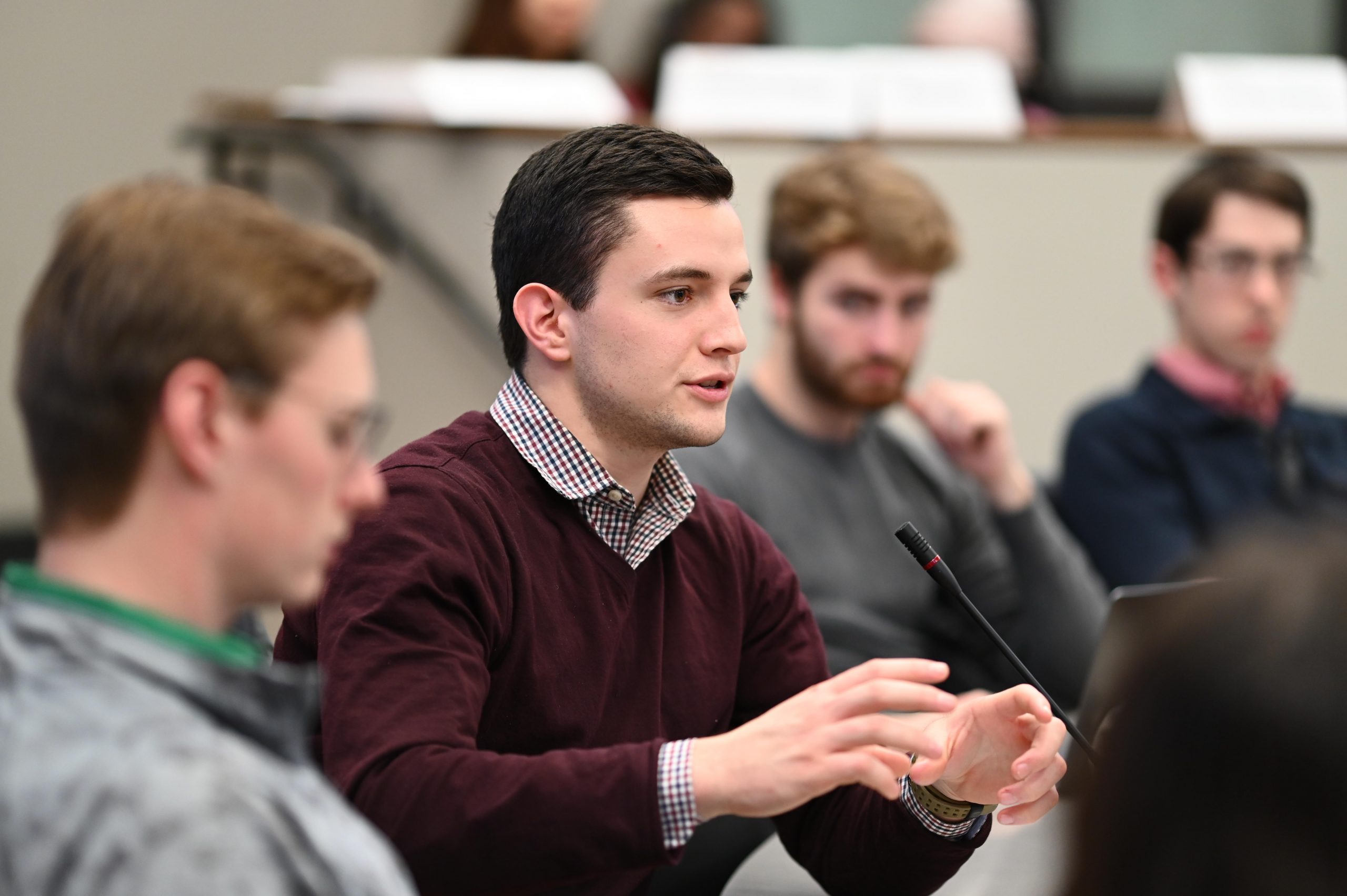 Instructors include officials from various branches of the government and the military; representatives of national and international organizations; business leaders; religious leaders; advocates and activists from nongovernmental organizations and social movements; and journalists and academics with expertise on global issues.