Victoria Nyanjura, a second-year master of global affairs (international peace studies) student, is one of two recipients of the 2019 Ginetta Sagan Award from Amnesty International USA. Named after former honorary Amnesty International USA board chair and human rights activist Ginetta Sagan, the award recognizes women who are working to protect the liberty and lives of women and children in areas where human rights violations are widespread. Recipients receive $20,000 to support their ongoing work.

Nyanjura was honored for her work with women and children in Gulu, Uganda. She is the founder of Women in Action for Women (WAW), an organization that improves the lives of women and youth through vocational and business training and guidance in accessing community and government services.

“Your courageous advocacy for women and children displaced by the civil war in Uganda, and your work with WAW to help vulnerable women gain vocational and apprenticeship skills in rural areas of northern Uganda exemplifies what the Ginetta Sagan Award stands for,” wrote the Ginetta Sagan Fund Award Committee in their email announcing Nyanjura’s award. “We hope that receiving this award will enable you to continue to do this inspirational work.”

Nyanjura has also worked with International Justice Mission on efforts to protect Ugandan widows from the practice of property grabbing and with the Gender Justice Department of the Ugandan Justice and Reconciliation Project.

“Sometimes when you are doing hard things, you don’t even realize the distance it can take you,” said Nyanjura. “Now, receiving this award, I think I can still continue to offer something very great in my community and around the world and I’m more determined to continue that work. This award gives me new visibility.” 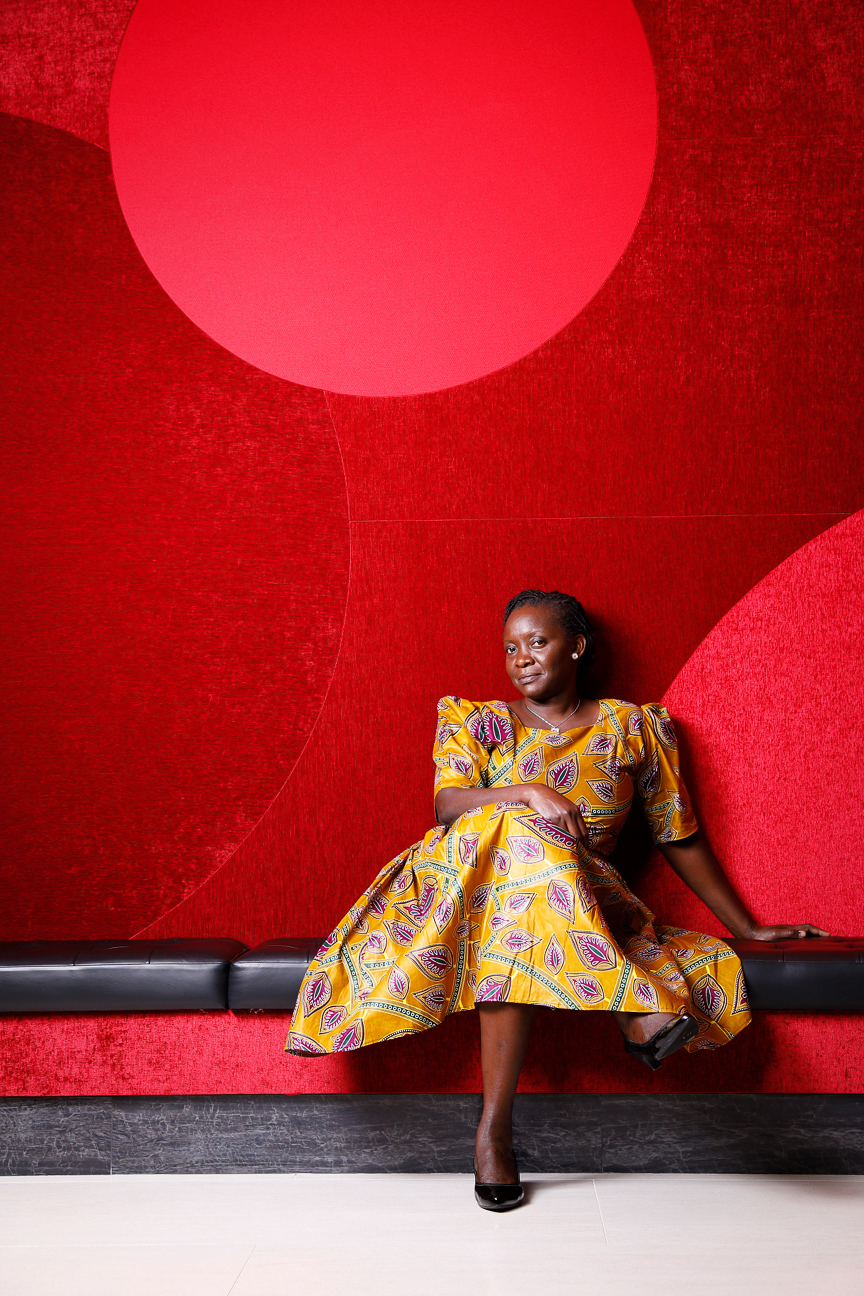 Nyanjura is herself a survivor of gender-based violence in Uganda. In 1996, Nyanjura, then 14, was abducted from St. Mary’s College in Aboke, Uganda, by the paramilitary group the Lord’s Resistance Army. She remained a prisoner for eight years, and was subjected to torture and inhumane treatment before she was able to escape.

During fall 2019, Nyanjura spent six months interning with the nonprofit organization Generations for Peace in Washington, DC, where she was able to interact with NGO and government leaders from the United States and beyond. During her internship, she presented at the annual Alliance for Peacebuilding conference in October and was featured in a Peace Direct storytelling campaign focusing on trauma, resilience and peacebuilding.

In addition, growing out of connections formed during her internship, Nyanjura is slated to attend the 64th session of the Commission on the Status of Women on March 9 at the United Nations in New York.

Nyanjura also was invited to become a founding member of a new Global Survivors Network convened by International Justice Mission. The Network is meant to bring survivors together to share their stories and to help develop and lead institutional initiatives to support survivors of gender-based violence in local communities around the world.

“This network is so important,” said Nyanjura. “Giving survivors space to present at a conference is not enough. There has never been a situation where survivors have led initiatives like this at the international level.”

The first meeting of the network will take place this July in Jordan, with hopes for a second annual meeting in Uganda in 2021.

After graduation in May, Nyanjura is planning to return to Uganda to continue her work with WAW. In preparation for this transition, her spring capstone research project will focus on resource mapping and creating a development plan for the organization.

“I’ve seen now that WAW can take me wherever I want to go if I concentrate my energy,” said Nyanjura.

Malika Abubakarova, a lawyer from Chechnya, Russia, who founded an NGO focused on the legal protection of women and children, was the co-recipient of the 2019 Ginetta Sagan Award.