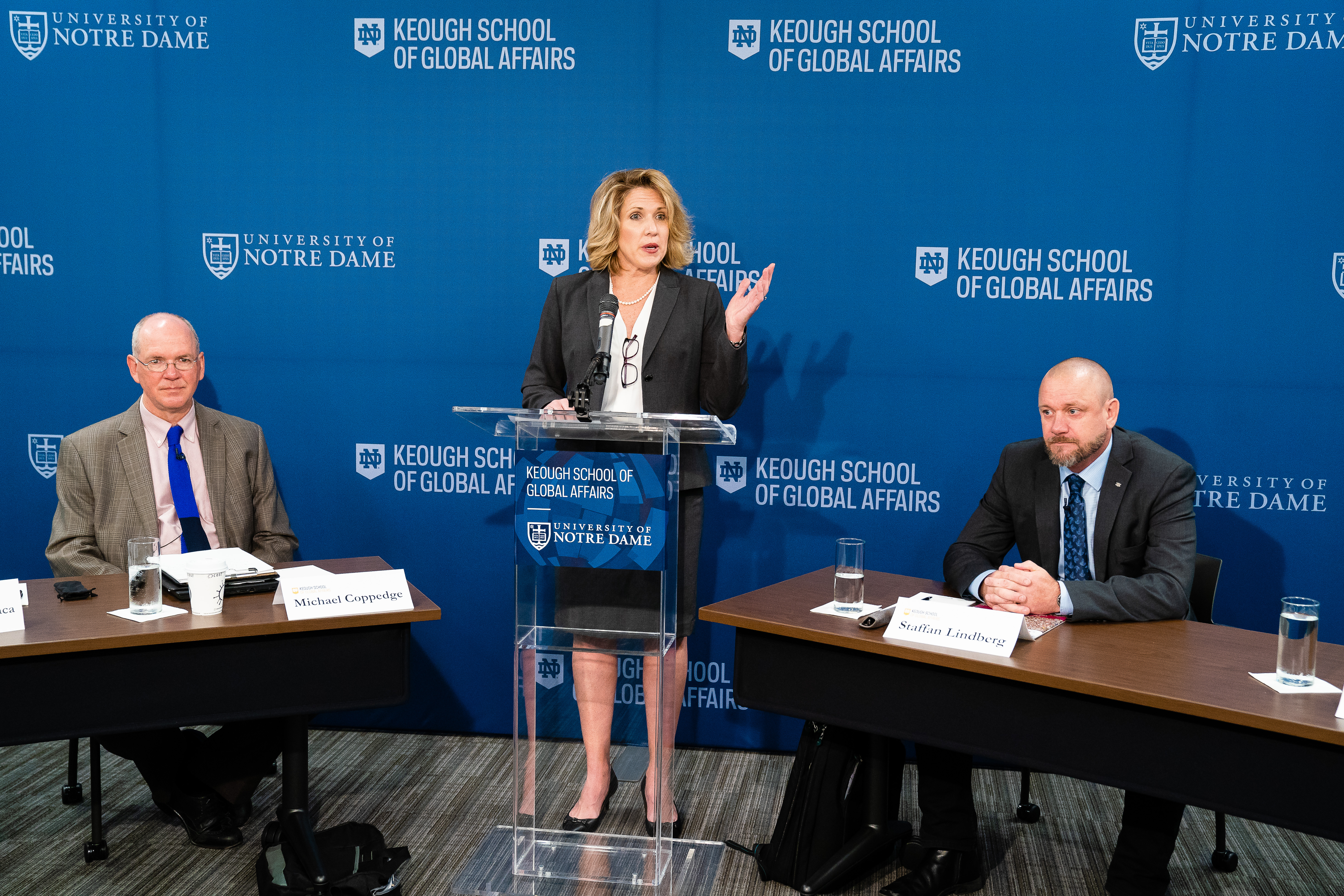 July 3, 2018 — The Keough School recently hosted the briefing “Democracy for All? A global status update” at its new Washington office. The briefing focused on the 2018 annual report issued by Varieties of Democracy (V-Dem), producer of the world’s largest and most comprehensive global dataset on democracy. 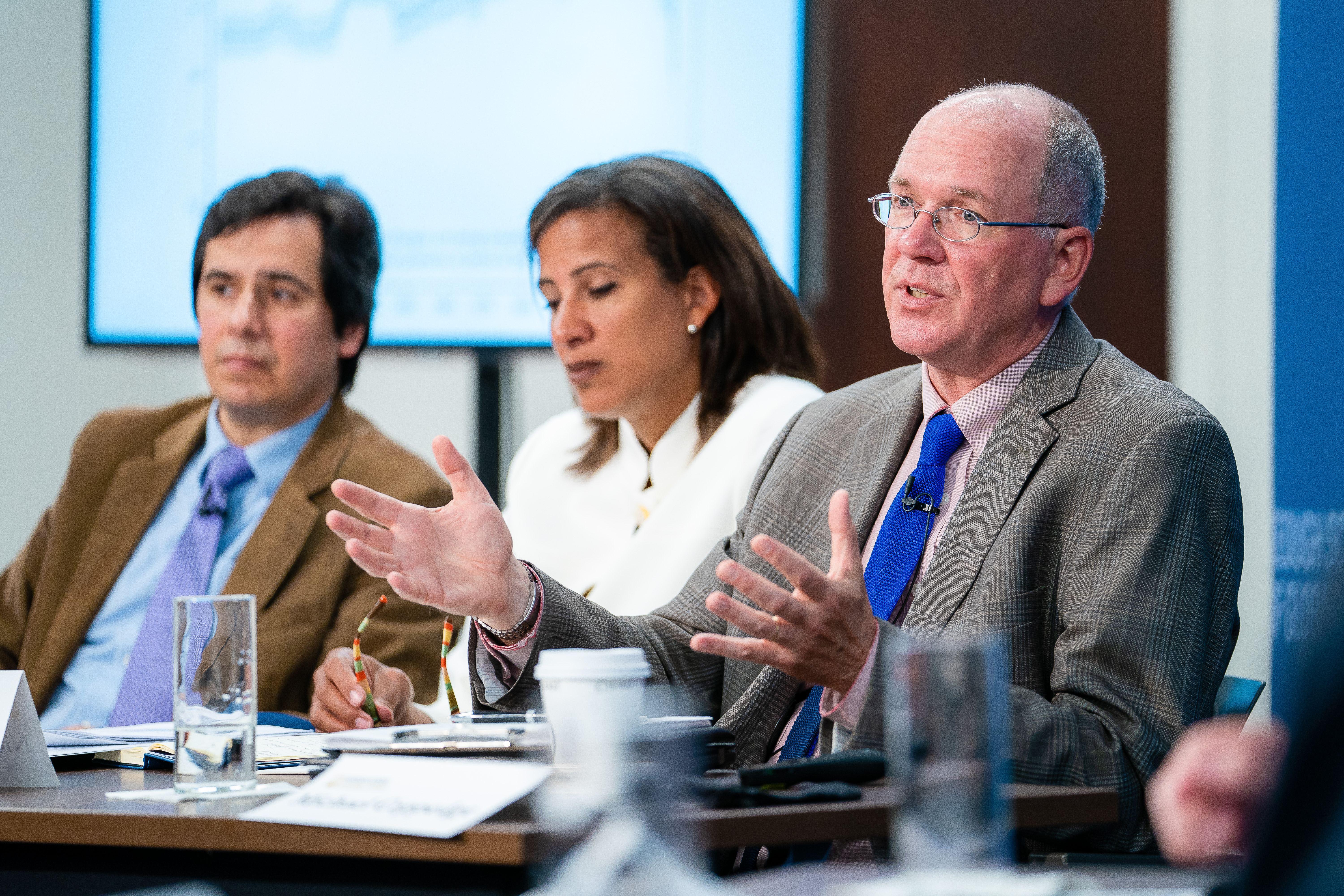 V-Dem data is gathered through international cooperation, relying on more than 3,200 country experts in 180 countries. “People who really know their own countries intimately are the ones rating how things are going; they have the most in-depth knowledge of how democracy works — or is not working,” said Coppedge.

Globally speaking, levels of democracy are close to an all-time high, though freedom of expression, media, and civil society are under attack in many parts of the world, Coppedge said. In several key countries, including the United States, autocratization is manifesting itself in several ways. 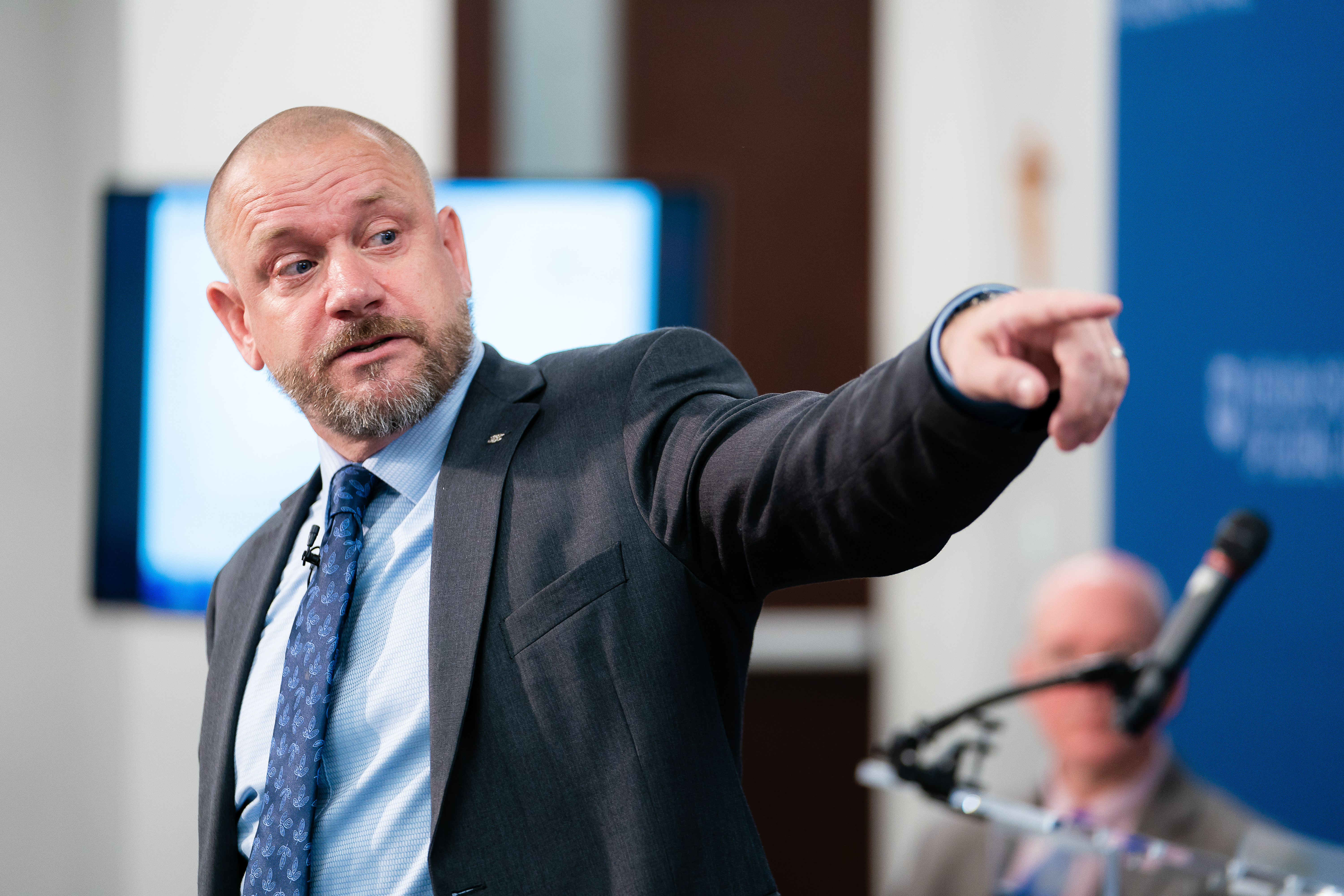 In 2017 2.5 billion people—one-third of the world’s population—lived in countries experiencing autocratization, or democratic backslide, said Staffan Lindberg, director of the V-Dem Institute.

“Autocrats and wannabe autocrats are learning to play the game,” Lindberg said. “Elections are what the international community is watching so they make them look good. But the things that make elections truly meaningful—media, academic freedom, participation in civil society—those are the things autocrats have learned to manage while making elections look good. This is a worrying trend.” 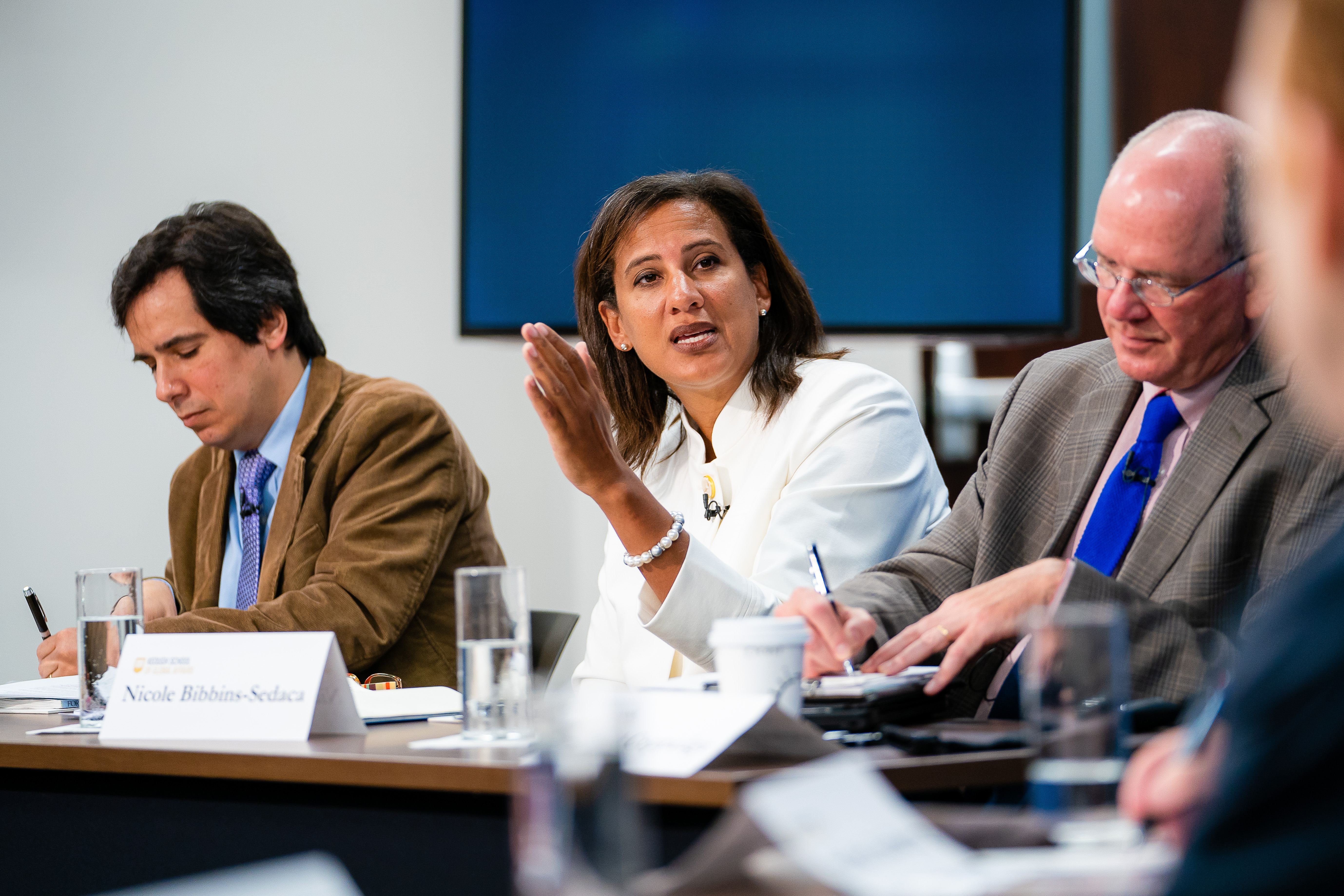 “There’s a lot of panic out there, some of it justified, some of it hyperbolic,” said Nicole Bibbins Sedaca, professor in the practice of international relations at Georgetown University.

“It’s the binary things that are improving: Is there an election or not? Is there universal sufferage or not? There’s a slice of grey with things like rule of law, freedom of expression, and freedom of association. When those are violated we know it; when they are adhered to we know it. But there’s a grey area that authoritarian leaders are using to make it look like they are following democratic principles but are promoting their own advancement.” 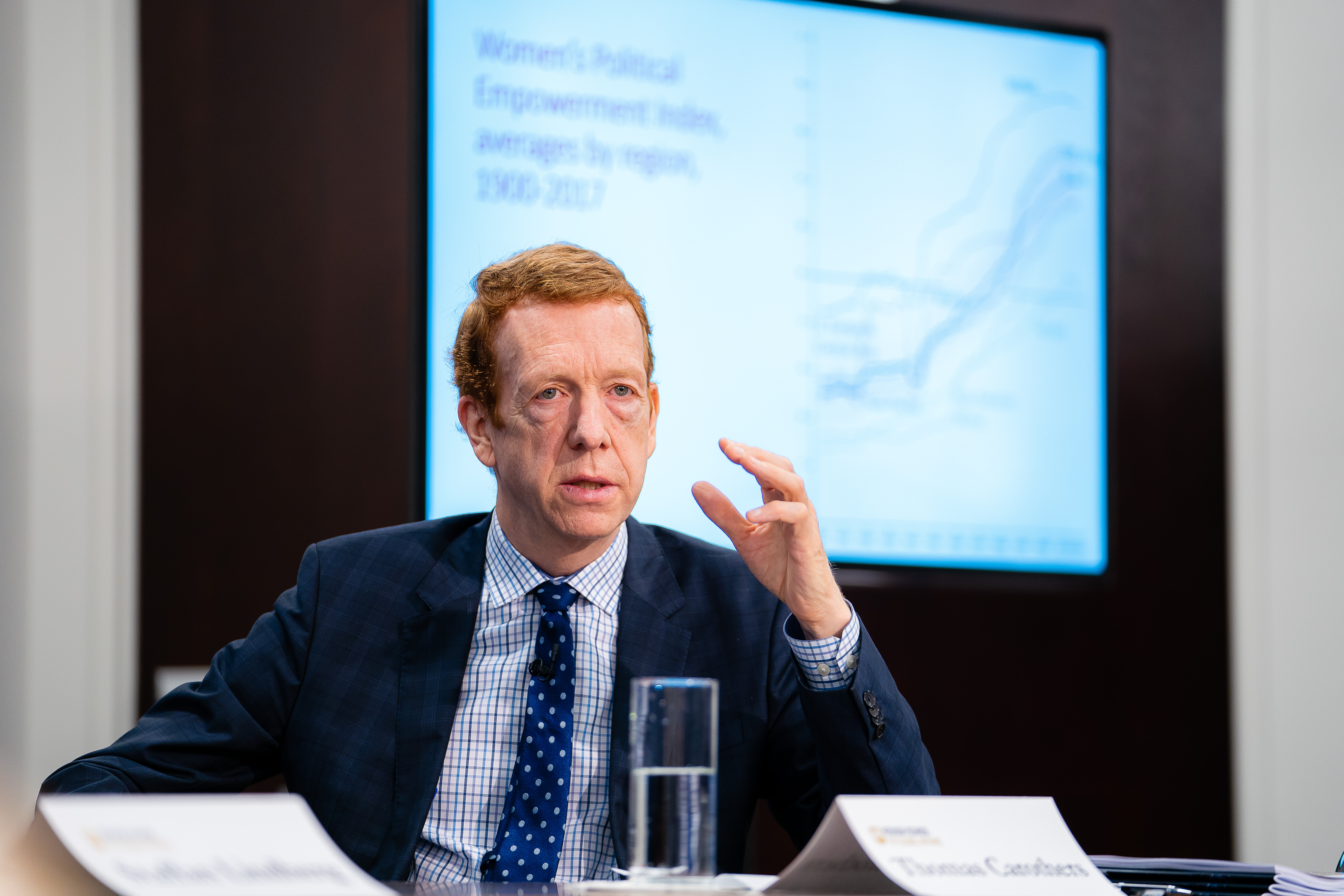 “It’s a remarkable story,” Carothers said. “As we look for signs of progress or hopeful achievements, women’s participation is an area that is experiencing encouraging progress.” 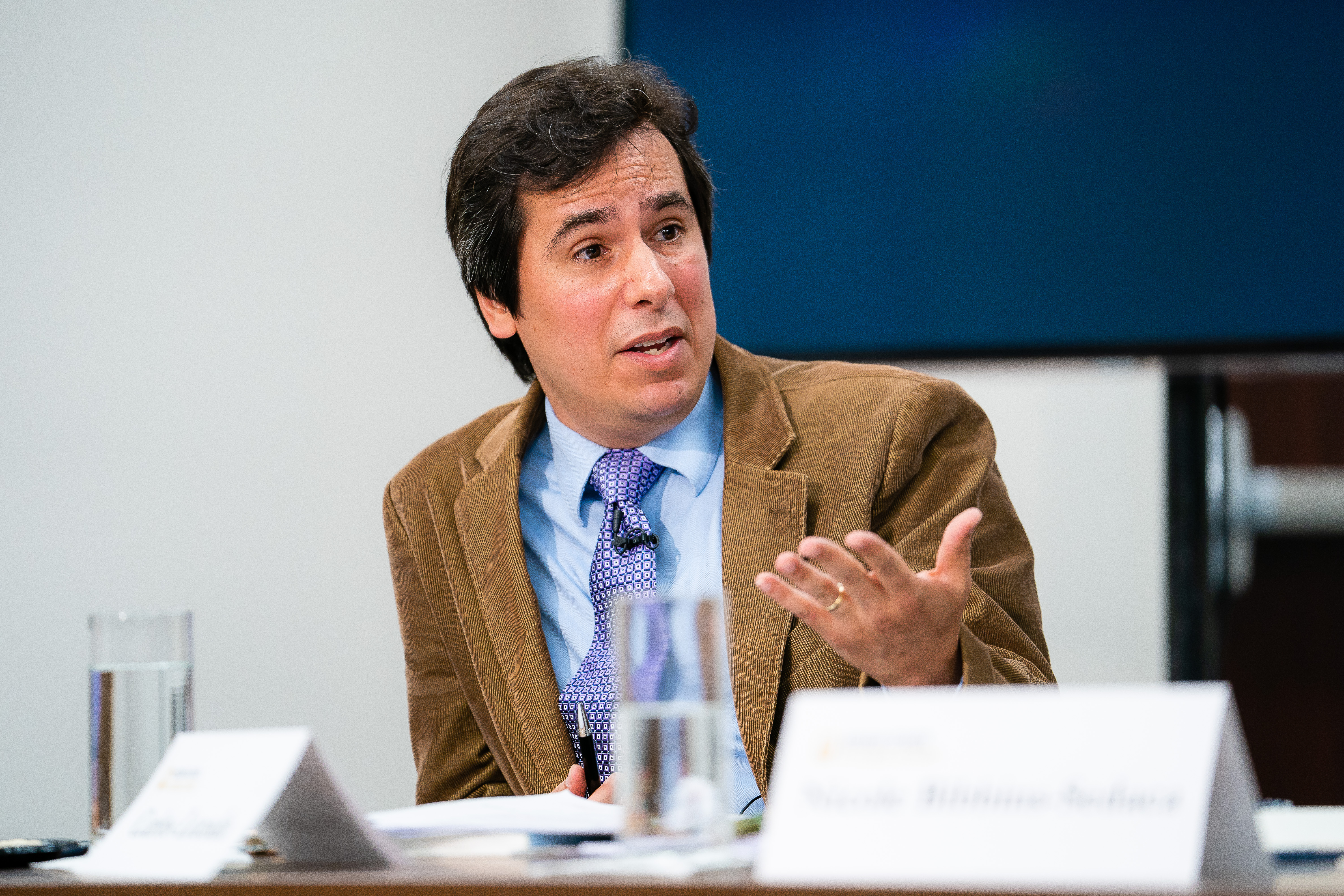 “In my day job I’m inundated every week with books proclaiming the end of democracy,” he said. “It’s gratifying to see this effort bring data and depth to those claims.” 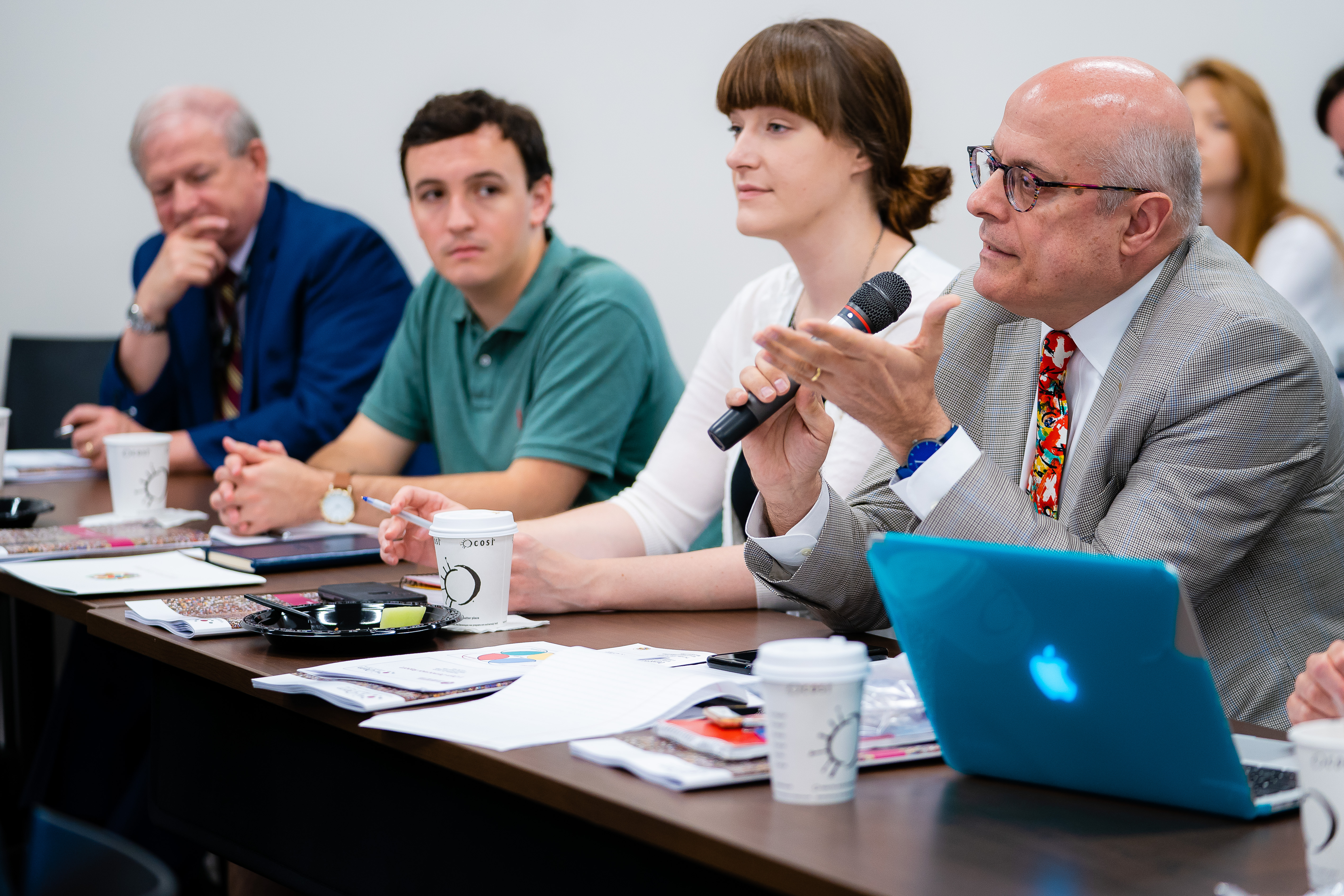 The briefing drew more than 50 attendees from organizations such as the US Department of State, USAID, the Brookings Institution, the International Republican Institute, the National Democratic Institute, Freedom House, the World Justice Project, Interaction, the International Budget Project, Open Government Partnership, Democracy International, and other groups. The event was the second public policy forum held since the Keough School opened its Washington office in April 2018. 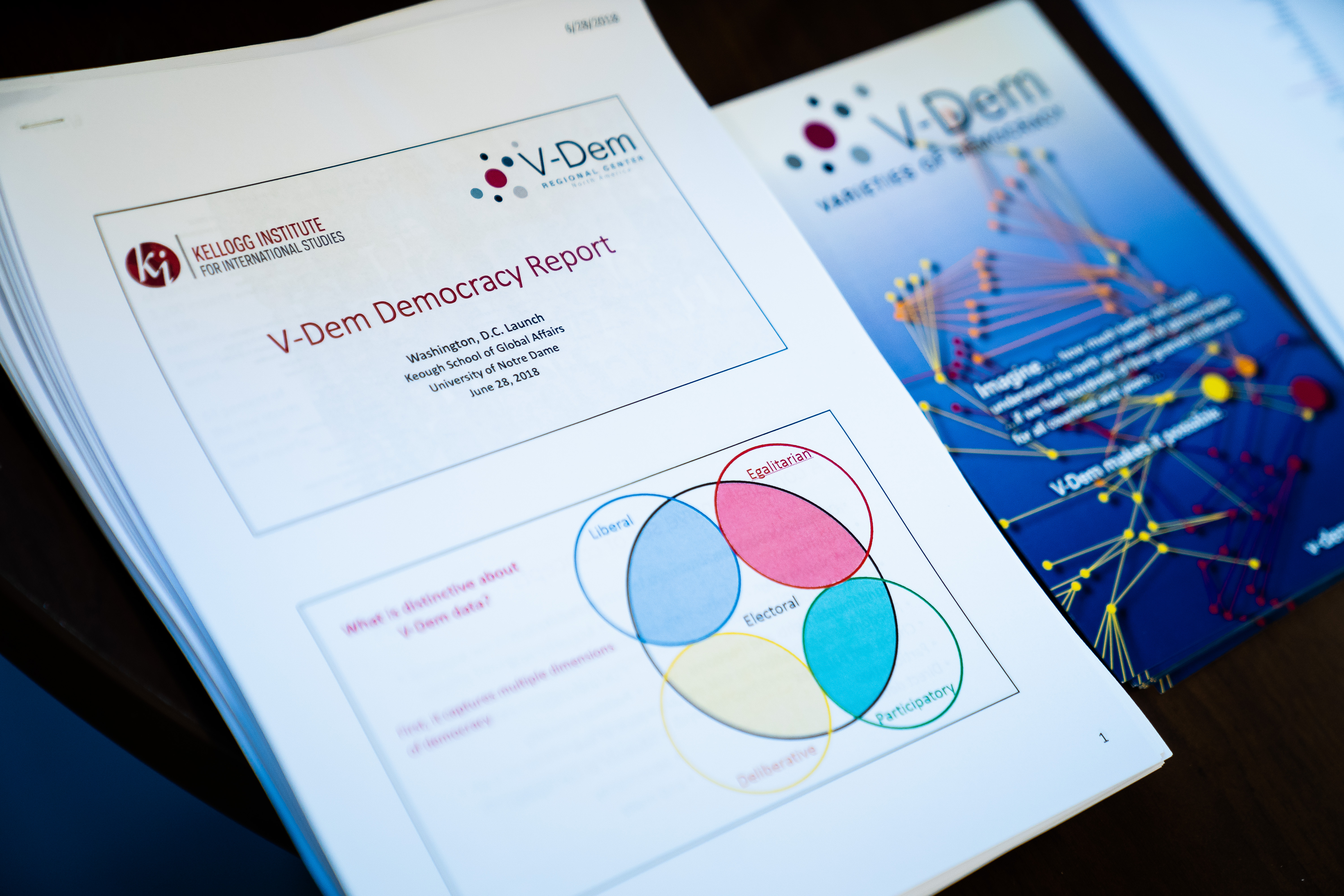 Led by a team of more than 50 social scientists working with 3,000 country experts, V-Dem measures hundreds of indicators of democracy, enabling new ways to study its nature, causes, and consequences. The project is headquarted at the V-Dem Institute in the Department of Political Science at the University of Gothenburg in Sweden. Download 2018 report »