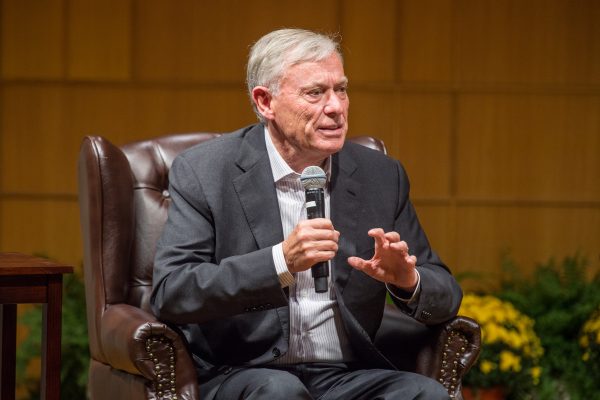 September 7, 2017 — Former German President Horst Koehler recently visited the Keough School of Global Affairs, leading a global policy seminar for Notre Dame master of global affairs students and undergraduates. Koehler, who served as president of Germany from 2004 to 2010, has held a long and distinguished career in politics and civil service. 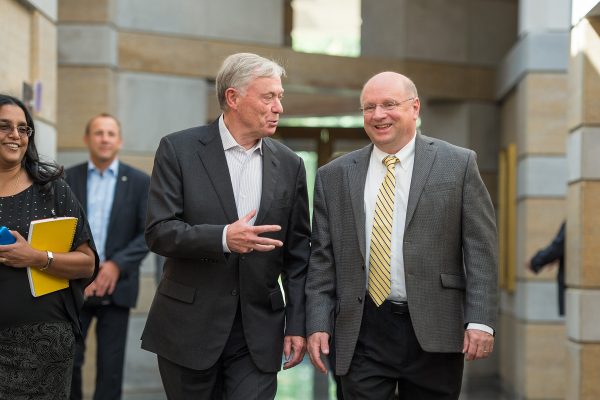 Koehler, shown here with Scott Appleby, Marilyn Keough Dean of the Keough School, was managing director of the International Monetary Fund from 2000 to 2004. He holds a doctorate in economics from the University of Tübingen. Koehler is widely regarded for his expertise in Europe-Africa relations, and recently was appointed by UN Secretary-General António Guterres as his Personal Envoy for Western Sahara. 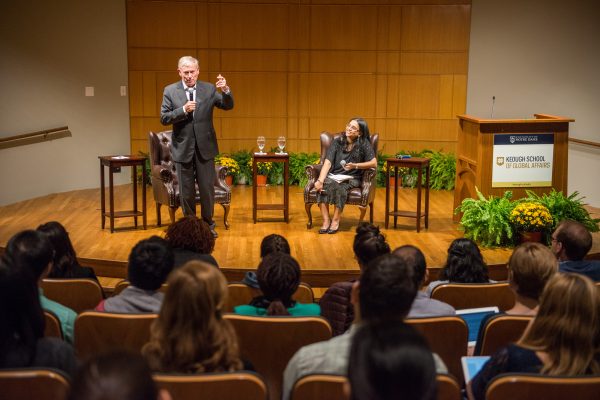 Participating in a question-and-answer session, Koehler offered professional advice to students, urging openness to cultures other than their own and highlighting the importance of speaking multiple languages. 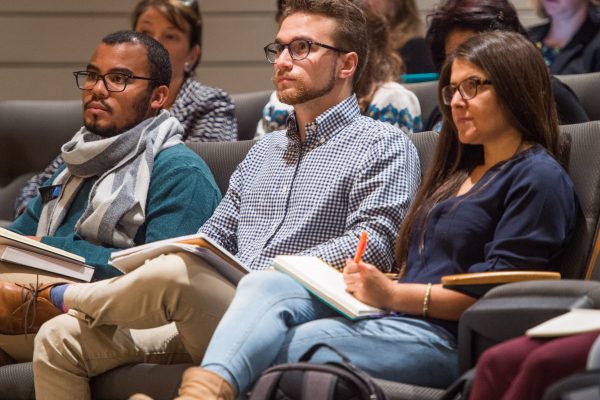 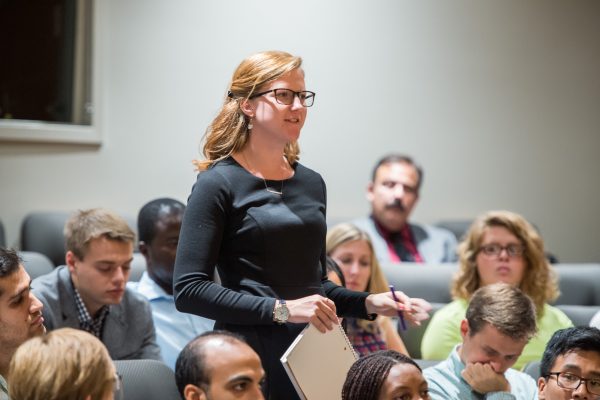 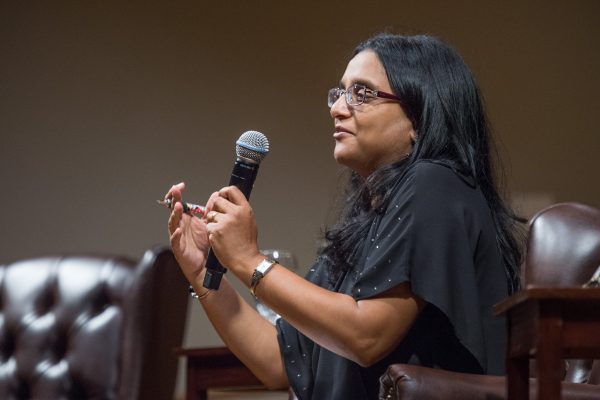 Lakshmi Iyer, associate professor of economics and global affairs at the Keough School, moderated the question-and-answer session. Iyer serves as director of the sustainable development concentration in the master of global affairs program.