Home › Publications › The Emergence of Democracy in Colombia

The Emergence of Democracy in Colombia

Although Colombia had many important democratic achievements in the 19th century, this paper argues that democracy first took root there at the outset of the 20th century. Several key developments enabled democratic practices and institutions to take hold. First, the savage Thousand Days War (1899–1902) and the ensuing professionalization of the Colombian military helped bring an end to the cycle of rebellion in Colombia. In their wake, the opposition abandoned the armed struggle and began to focus on the electoral path to power, thereby reducing the government’s inclination to engage in repression. Second, the rise of strong parties also contributed to the emergence of democracy in Colombia. Two powerful parties, the Liberal Party and the Conservative Party, arose in Colombia during the 19th century. From 1886 until 1930, the Liberal Party was in the opposition, and Liberals pushed for reforms to guarantee minority representation and reduce electoral fraud and intimidation. Third and finally, a split within the ruling Conservative Party made the enactment of these reforms feasible. The Liberals did not have sufficient strength or influence to pass the key democratic reforms, but in the early 1900s, some Conservative dissidents broke with their party and allied with Liberals to form the Republican Union party. The Republican Union pushed through the key constitutional reforms in 1910, and it, along with the Liberal Party, helped ensure their implementation in the years that followed. 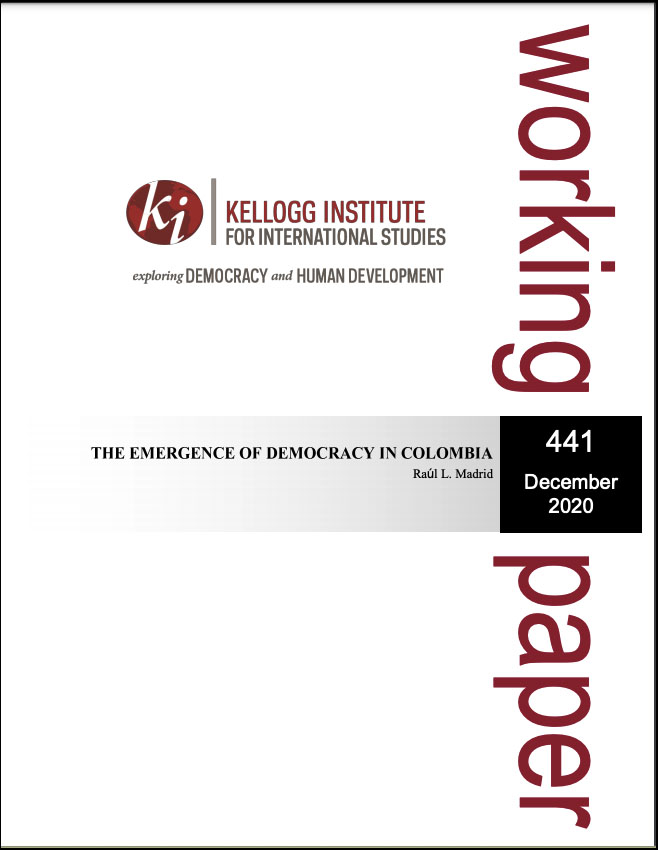