Home › Publications › Operation Condor, The War on Drugs, and Counterinsurgency in the Golden Triangle (1977-1983)

Operation Condor, The War on Drugs, and Counterinsurgency in the Golden Triangle (1977-1983)

In the late 1960s, the Mexican government launched a series of counternarcotics campaigns characterized by the militarization of drug production zones, particularly in the northwestern region—the so-called Golden Triangle, epicenter of both production and trafficking of marijuana and opium poppy since the 1930s. Operations Canador (1969–1975) and Trizo (1976) served as a laboratory for methods to curb drug production, ranging from harassment of drug growers to the aerial defoliation of illicit crops. Operation Condor (1977–1988) combined and enhanced these strategies, wreaking havoc on communities of alleged drug growers, but without entirely disrupting the drug industry. This paper explores the role of the US government in the militarization of Mexico’s anti-drug policy, underscoring how the ruling party (the Institutional Revolutionary Party, PRI) took advantage of this shift to tackle domestic issues and reassert its hegemony. I argue that Operation Condor functioned as a counterinsurgency campaign oriented to thwart both social and armed movements, eliminate competitors in the narcotics market, and reorganize the drug industry to protect successful drug lords. Operation Condor also caused the decentralization of the drug industry from the northwest and created a new clientelistic pact between drug lords and national security agencies, such as the Federal Security Directorate
(DFS), the Office of the Attorney General of Mexico–Federal Judicial Police (PGR-PJF), and the Secretariat of National Defense (SEDENA), which benefited from drug proceeds. Finally, the de facto state of siege imposed in the Golden Triangle produced thousands of victims of harassment, torture, rape, murder, forced-disappearance, and displacement; massive human rights abuses that authorities either concealed or denied. 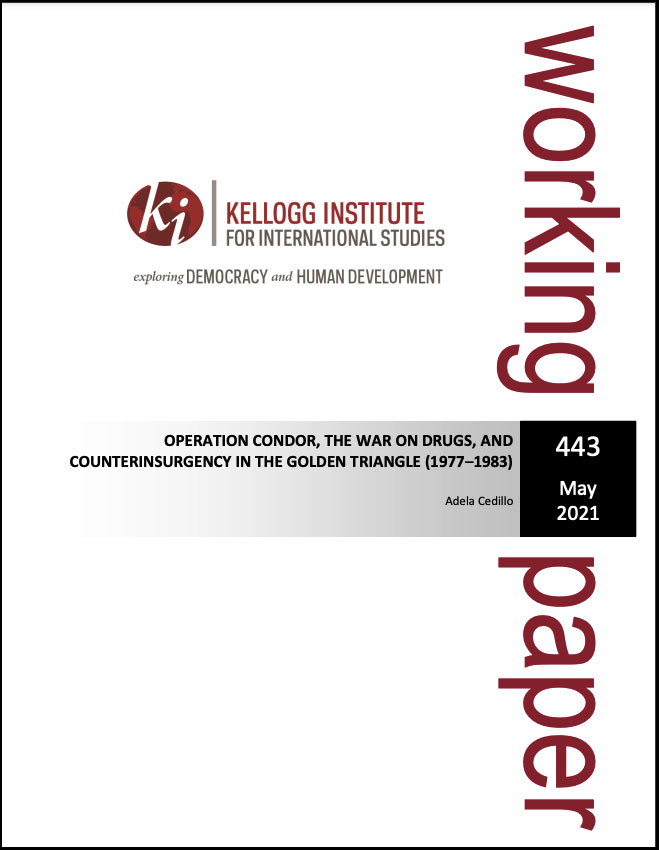