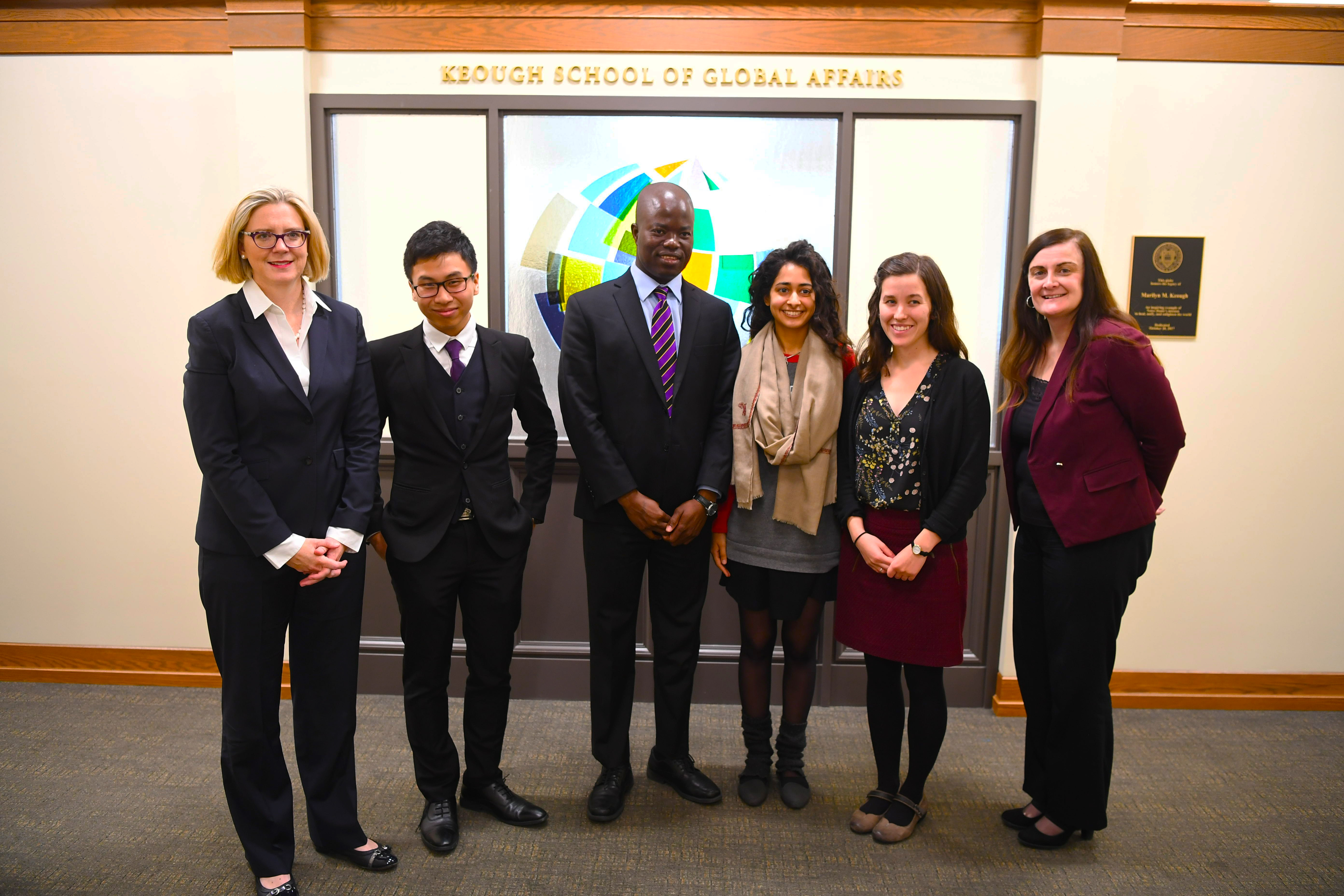 October 30, 2017 — Keough School master’s students recently met with two of the most senior intelligence analysts in the US government: Amy McAuliffe (far right) and Suzanne Fry (far left). McAuliffe and Fry, both Notre Dame graduates, spoke about the role of intelligence analysis in forming policy. 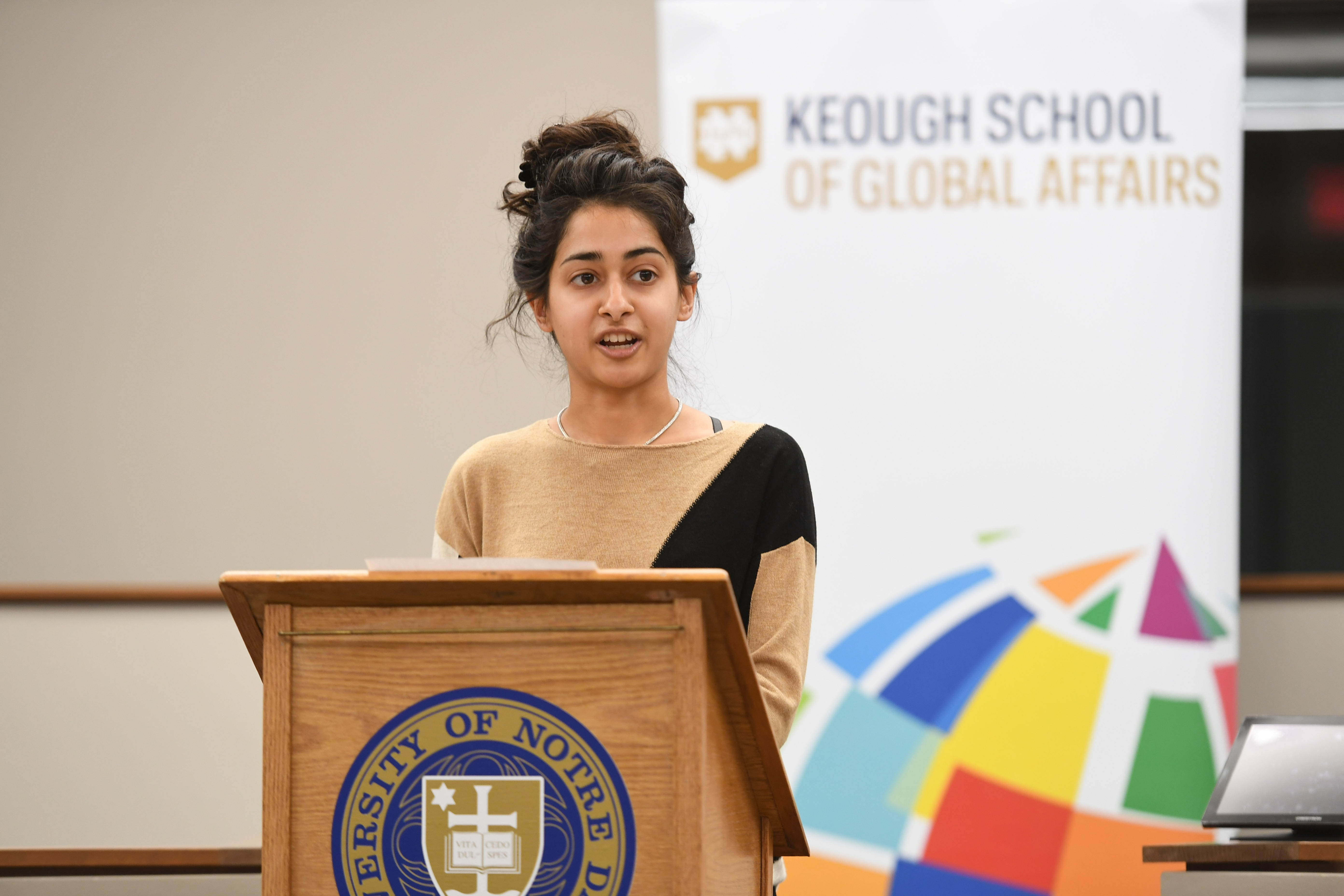 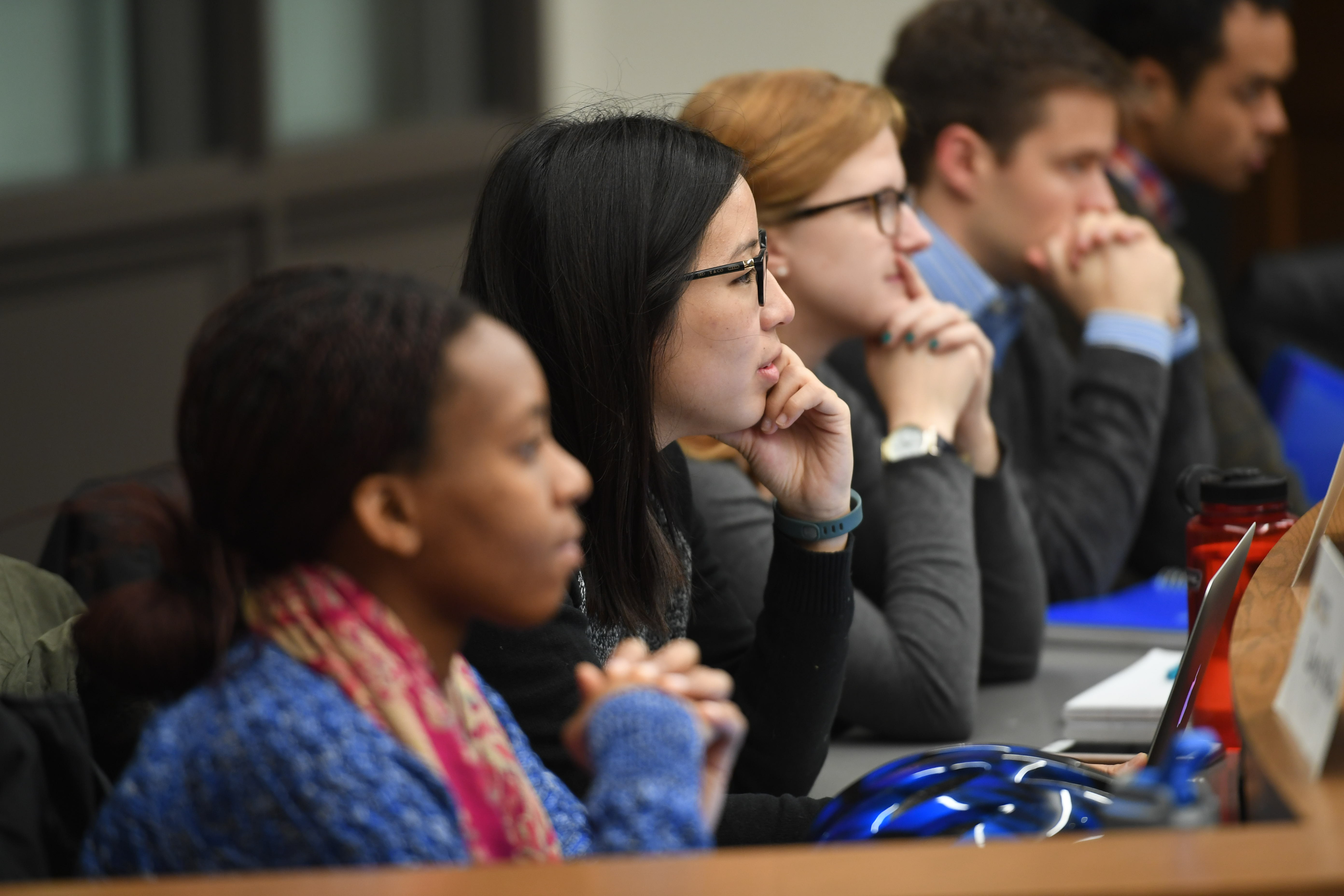 The Keough School’s policy seminar includes all 38 master of global affairs students, who hail from 22 countries. 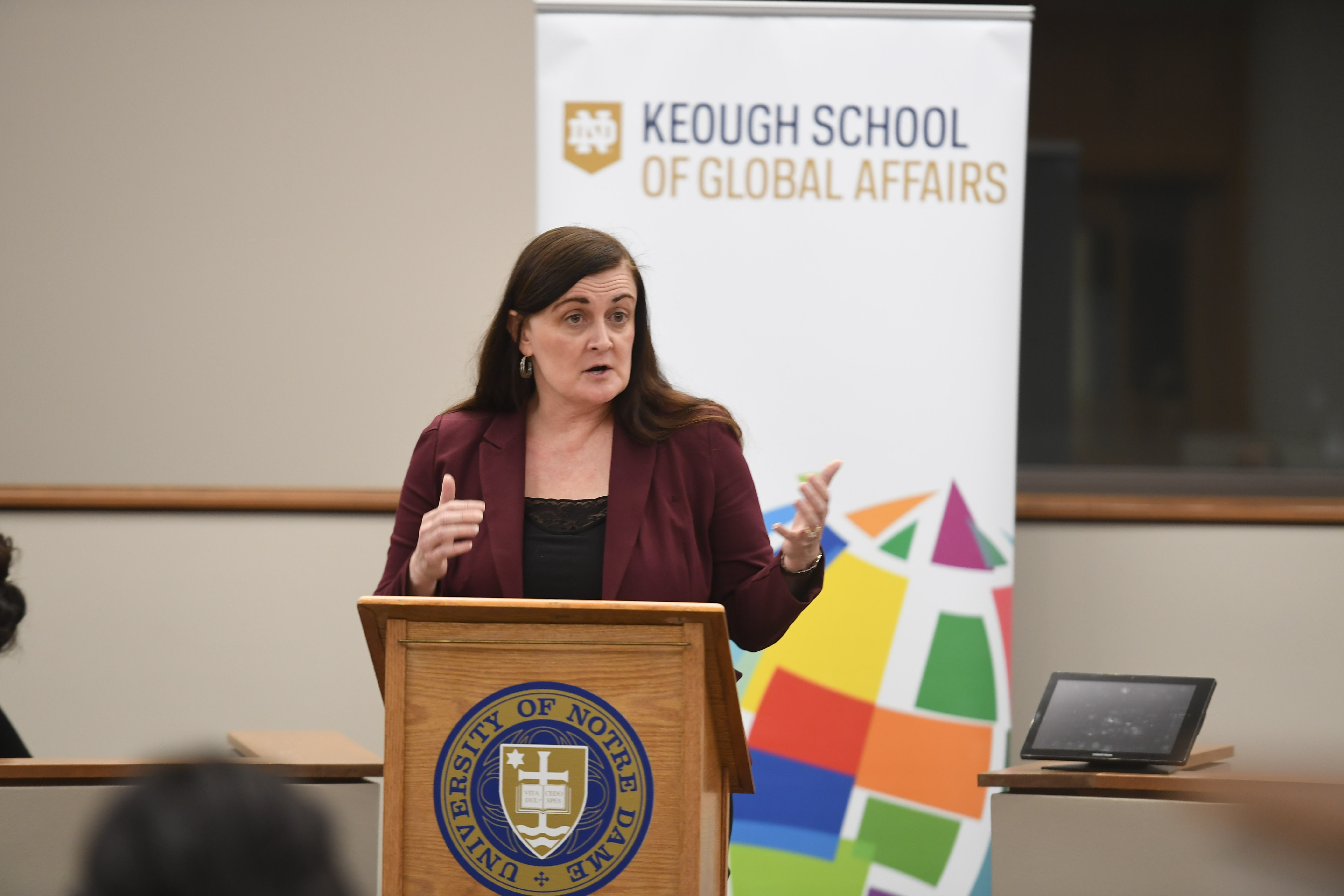 McAuliffe spoke about the role of US intelligence in supporting policymakers: “Our job is not to make the policy, but to provide the best possible analysis of what is happening around the globe.” Intellectual rigor, avoiding bias, and reliance on outside experts all play important roles in intelligence analysis, McAuliffe said. 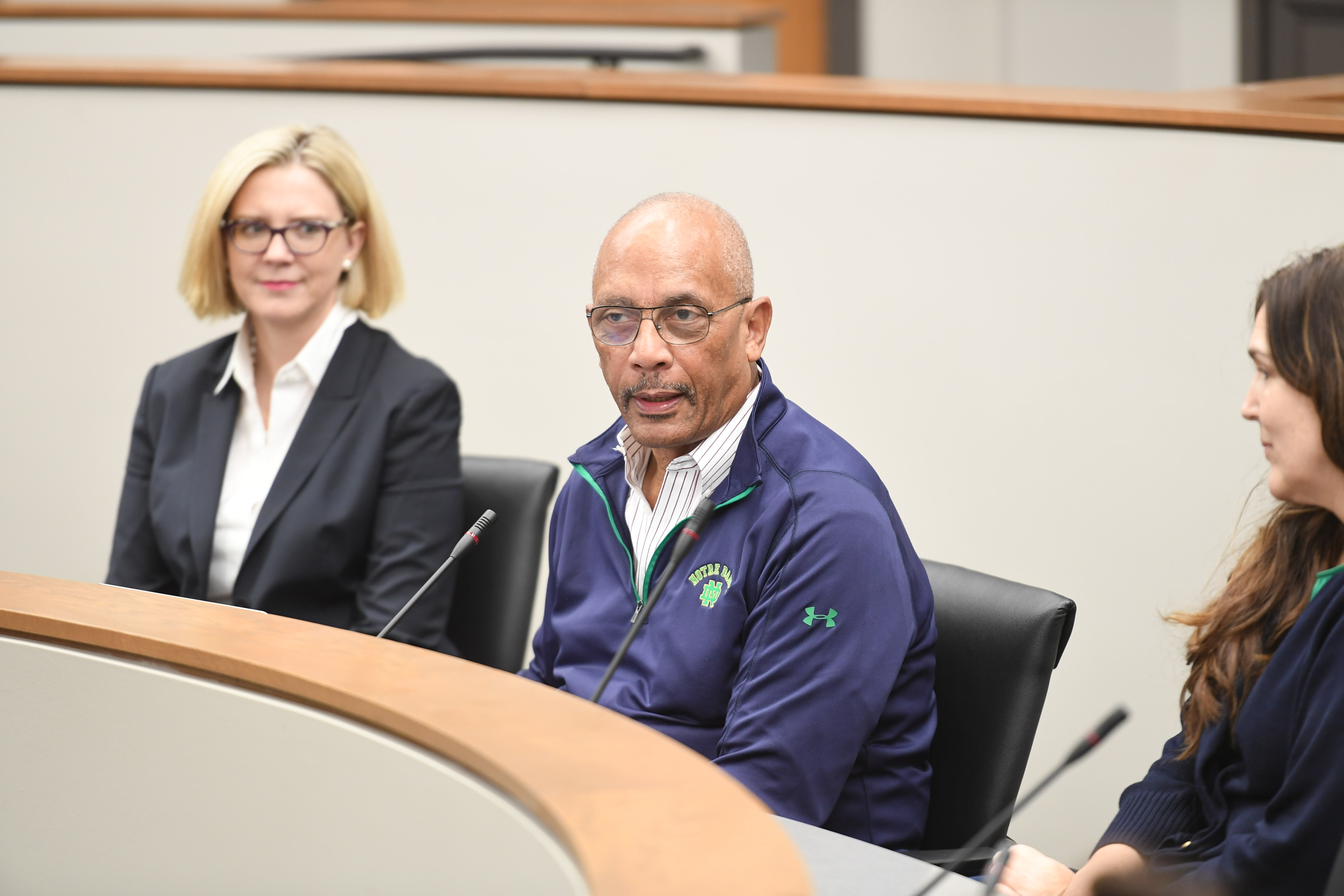 General Francis Taylor (at microphone) is an executive fellow of the Keough School’s Global Policy Initiative, which sponsors the policy seminar. From 2014 to 2016, Taylor served as under secretary for intelligence and analysis in the U.S. Department of Homeland Security (DHS), where he also served as DHS counterterrorism coordinator. 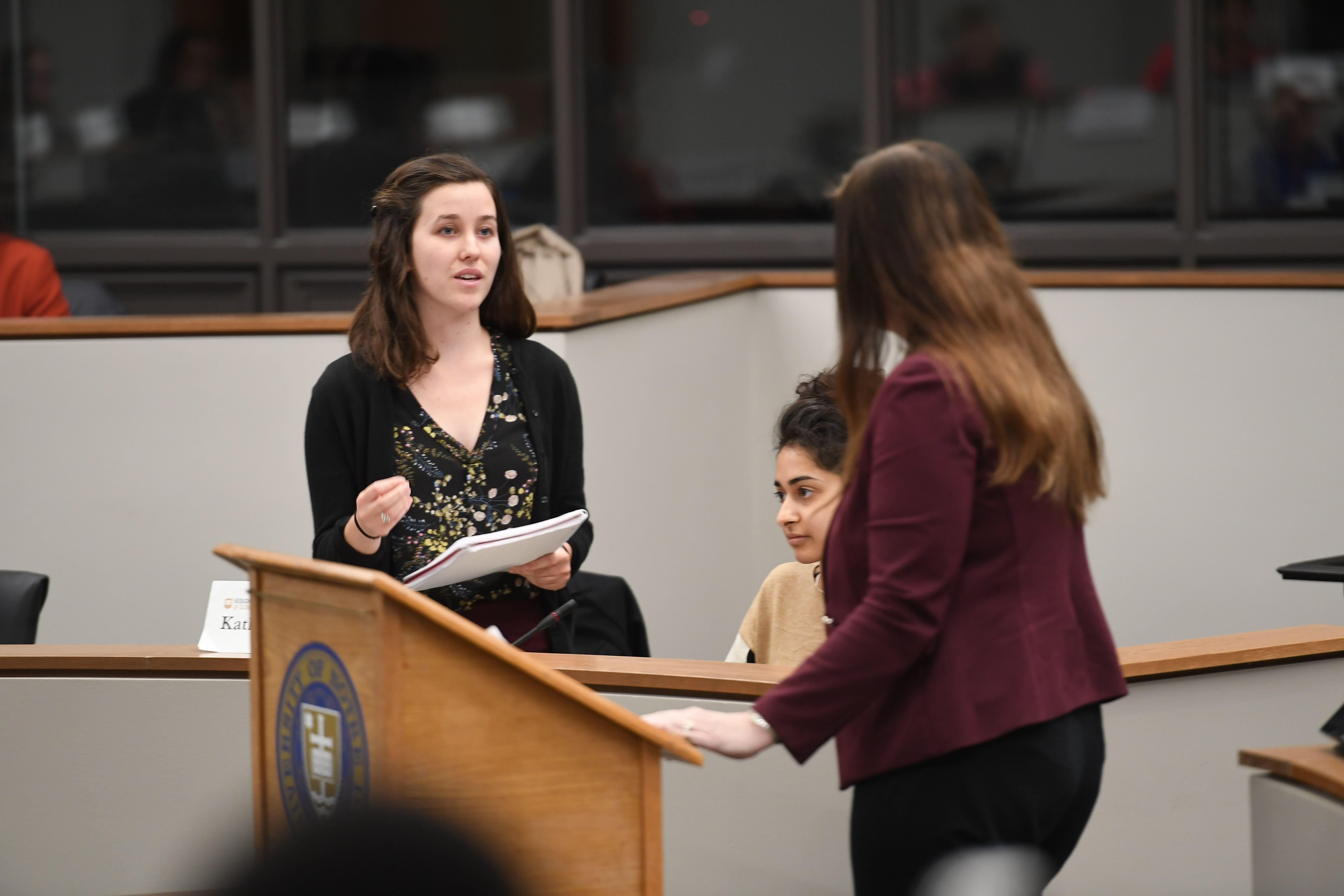 McAuliffe and Fry’s remarks were followed by a lively question-and-answer session with MGA students. Discussion topics included career advice for women, tips for developing skills for intelligence analysis, and the Intelligence Community’s role in shaping US foreign policy.