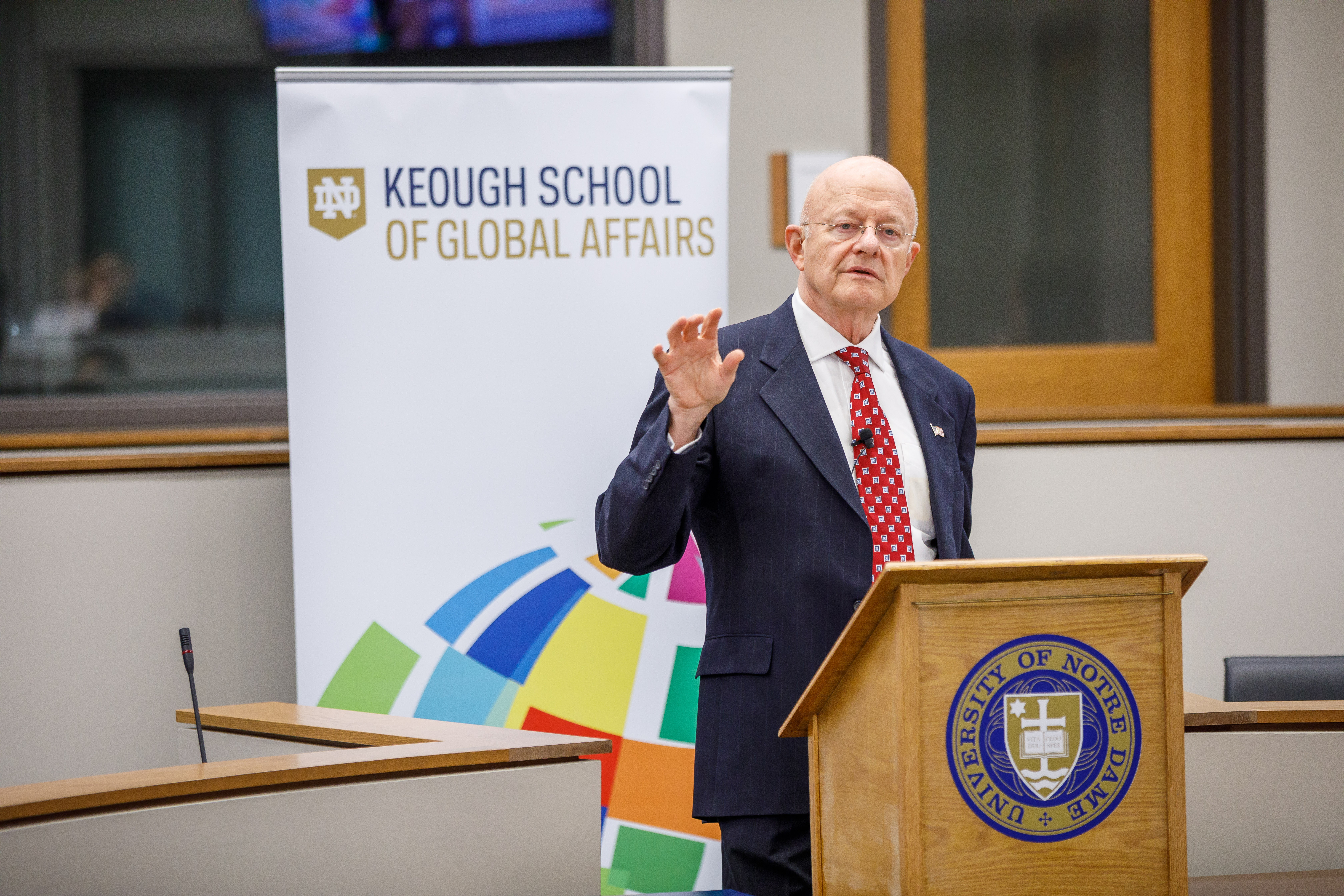 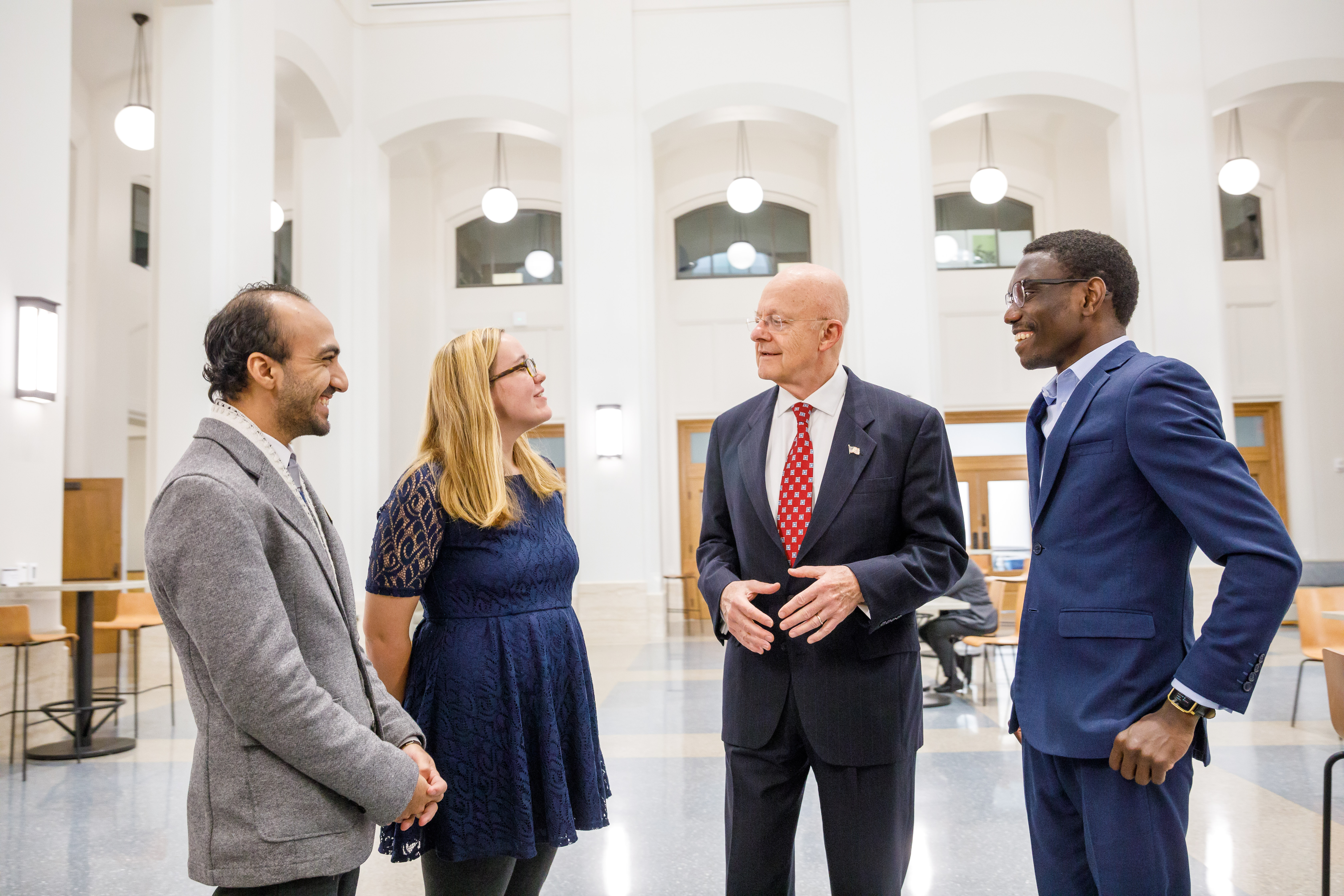 Clapper, shown with master’s students (left to right) Mohammad Omar Metwally (Egypt), Jamie McClung (U.S.A.), and Timothy Machasio (Kenya), has worked within in the U.S. Intelligence Community for more than 50 years. He also served in the U.S. military for 34 years, where he was named a lieutenant general in the U.S. Air Force and served as Director of the Defense Intelligence Agency. 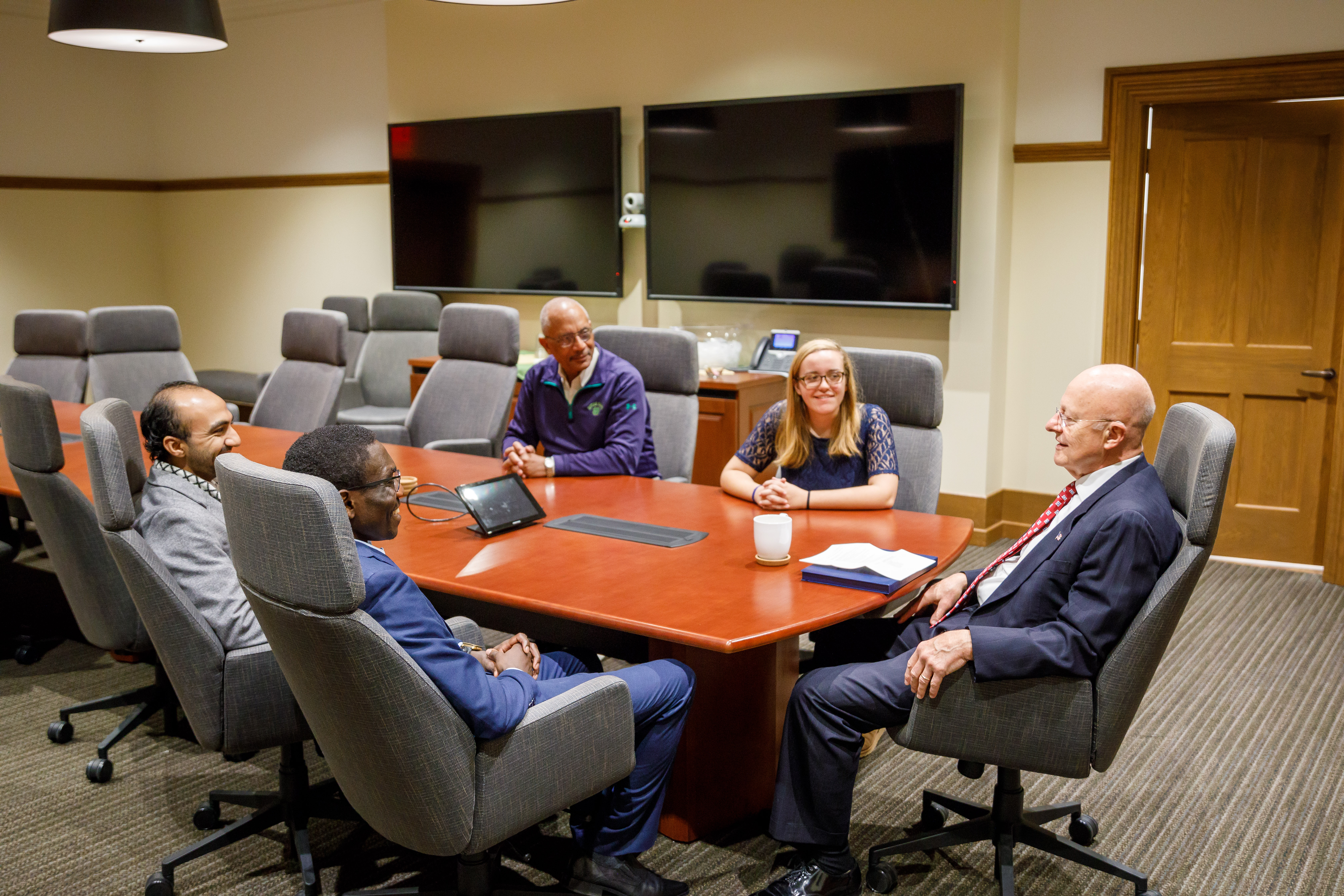 While at Notre Dame, Clapper addressed students in both undergraduate and master’s level policy seminars. Before the graduate seminar, Clapper met with the group of students who were assigned to introduce him, as is the custom in this weekly course. 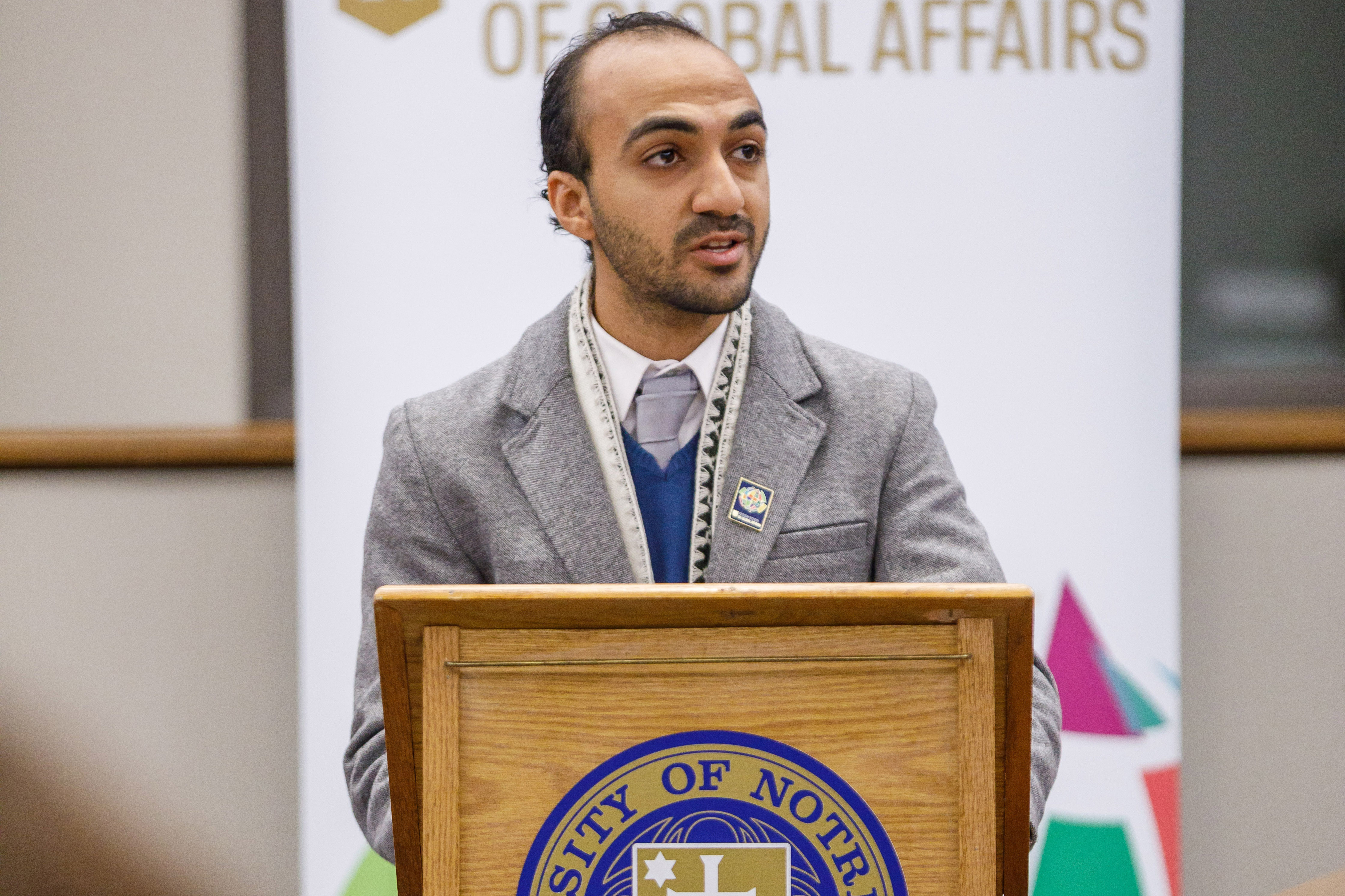 Mohammad Omar Metwally introduces Clapper to his classmates. Metwally is one of 38 students from 22 countries in the the Keough School’s inaugural master’s class. 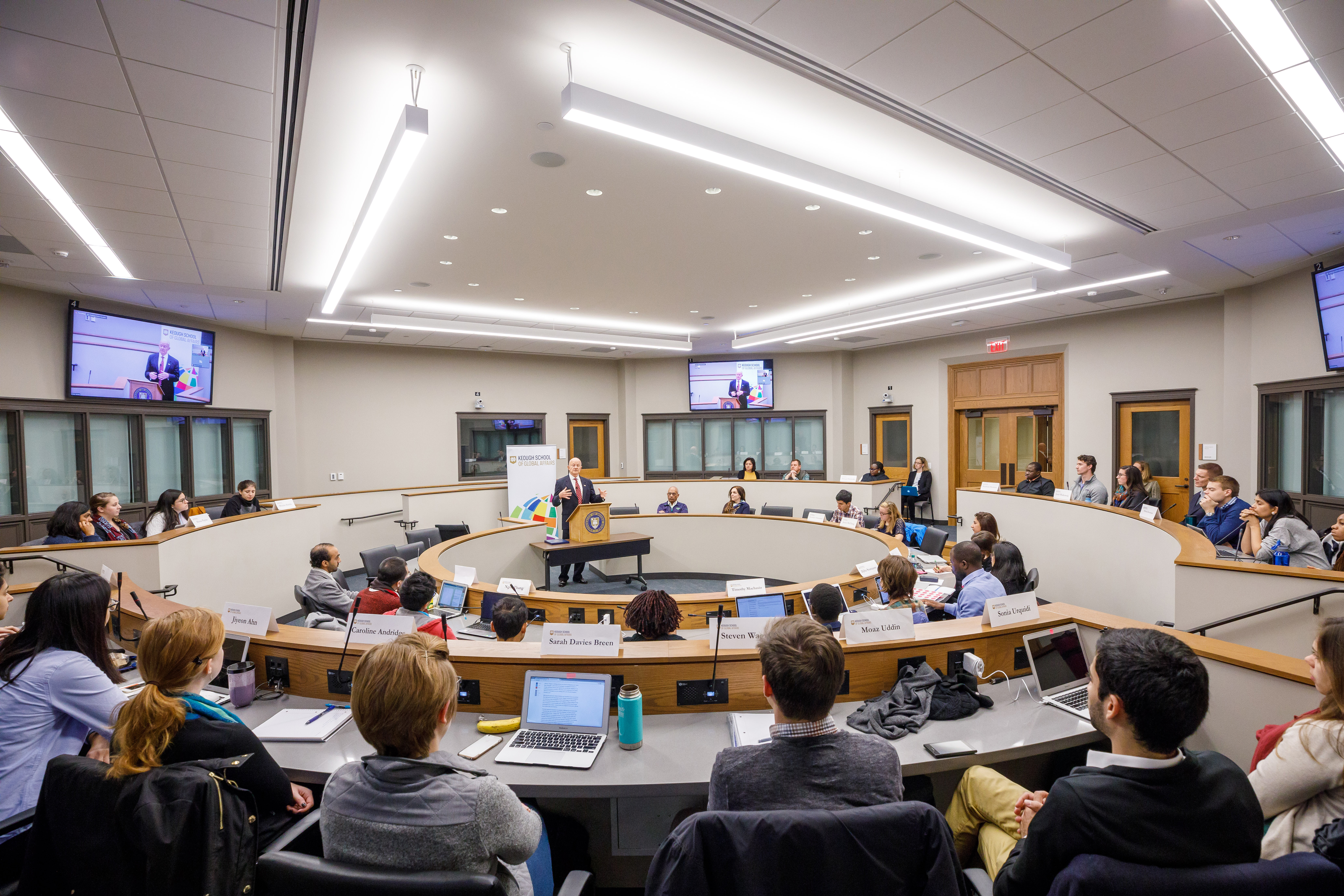 In his prepared remarks for the graduate policy seminar, Clapper offered an overview of intelligence work: “It’s about drawing inferences, conducting research, testing hypotheses, seeking evidence to refute or confirm,” he said. The role of an intelligence official is not to make policy, Clapper said, but to reduce risk for decision-makers such as diplomats or military officials. 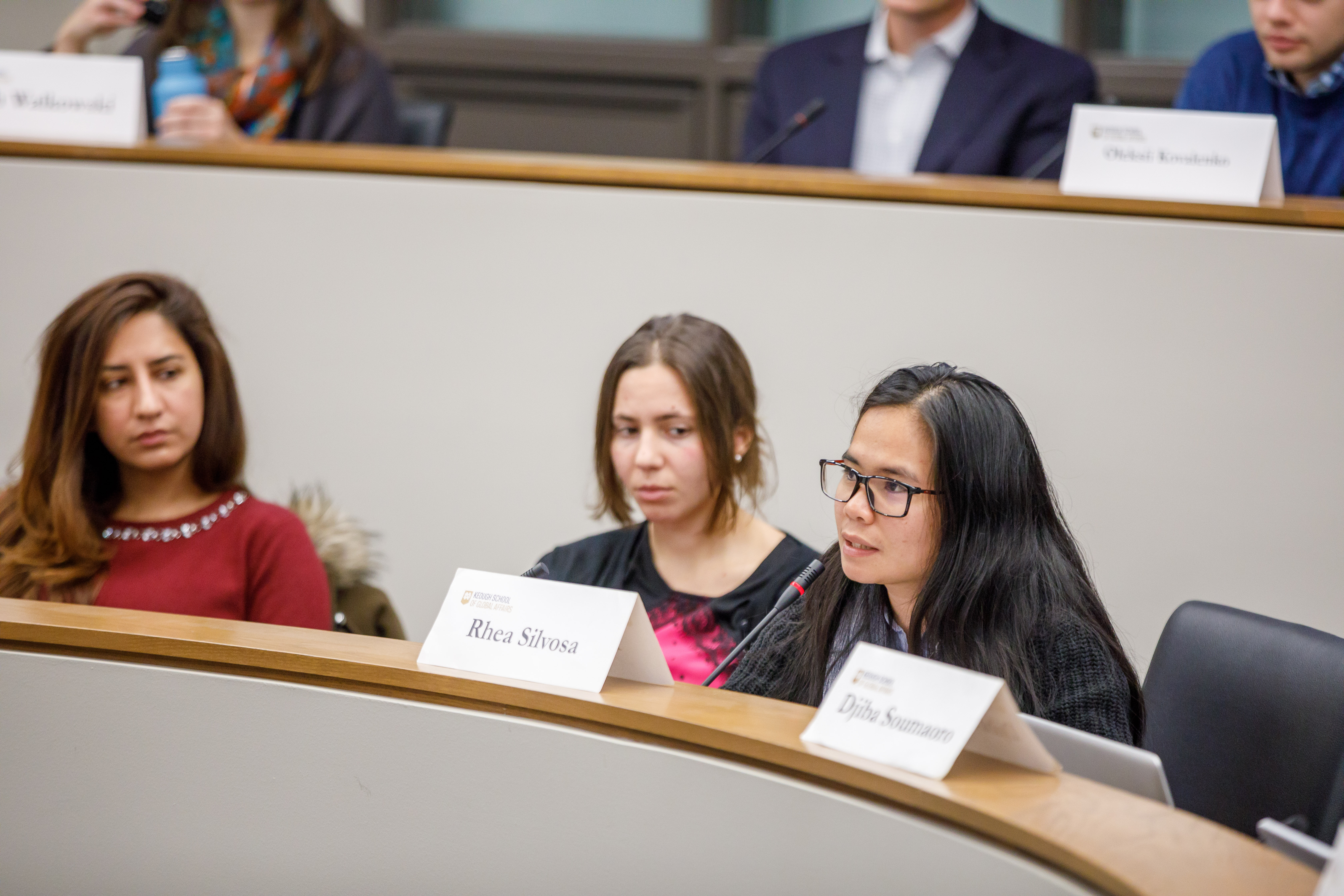 During a lively discussion, students questioned Clapper on topics including cybersecurity and civil liberties, refugees, Russia’s role in U.S. politics, immigration, and the role of the intelligence community in reducing security risks caused by climate change. “Climate change has enormous national security implications,” Clapper said, citing the severe water crisis in Yemen as an example. 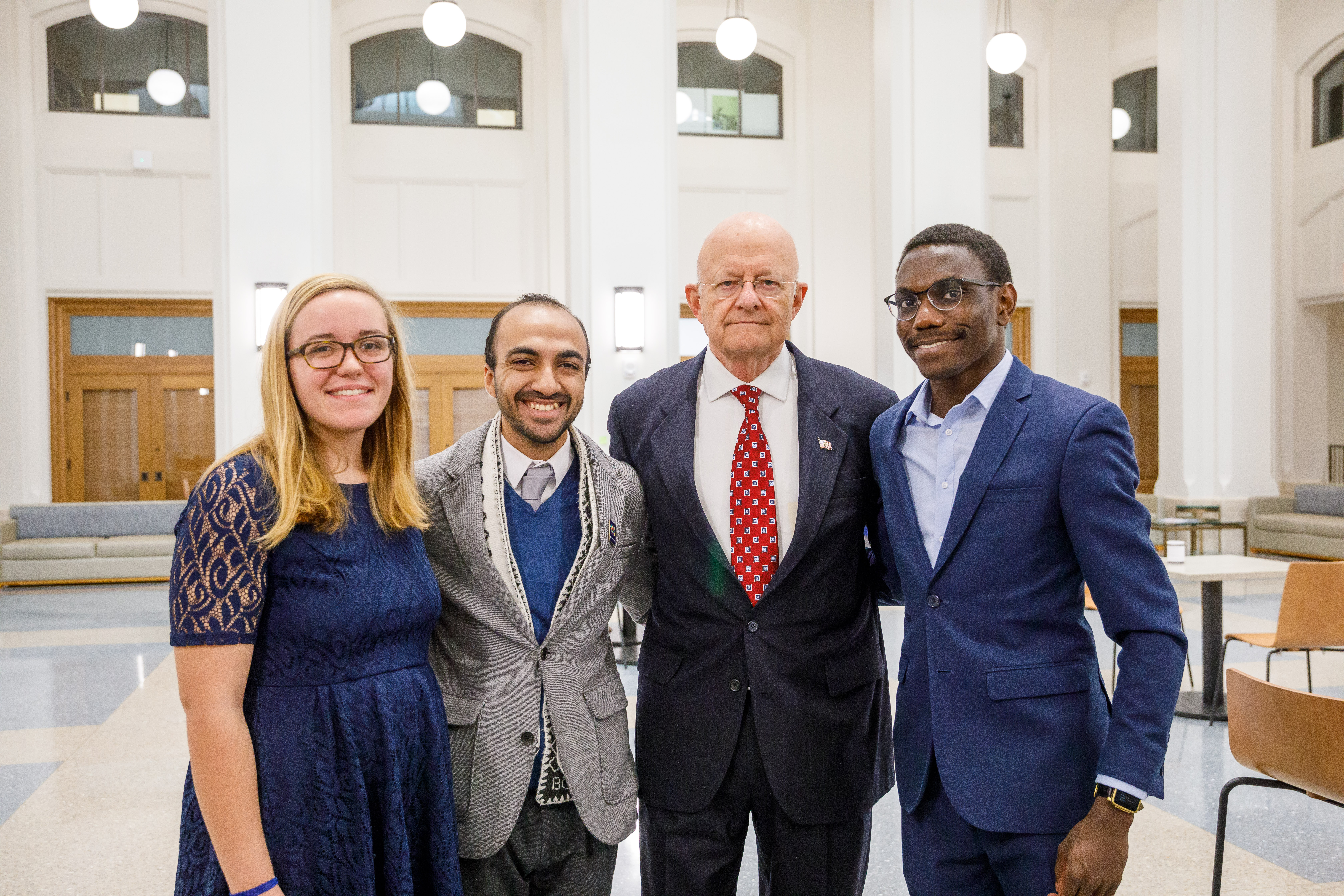 “I pursued a career in intelligence because I wanted to participate in something larger than myself and serve my country,” Clapper said. “It’s a gratifying career for those reasons, but also because of the high caliber of people our field continues to attract.”