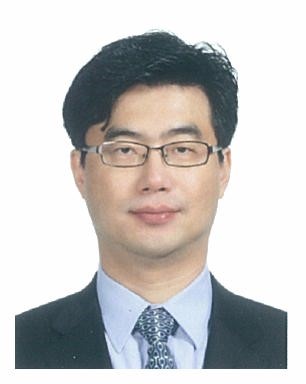 Jae Woong Lee is a diplomat of the Republic of Korea. He holds a master’s degree in international relations from the University of Chicago and a bachelor’s degree in international relations from Seoul National University. He served as an intelligence officer in the Republic of Korea Air Force from 1994 to 1997 .

Having passed the national high-level exam to become a diplomat, Lee joined the Ministry of Foreign Affairs of Korea in 1993. During his diplomatic career, he has worked primarily in multilateral cooperation, focusing on climate change, international economic cooperation, regional integration, and sustainable development. He was a delegate of South Korea to the Six-Party Talks in 2007, which focused on North Korea’s nuclear program. The talks included representatives from South Korea, the US, China, Japan, Russia and North Korea.

Lee has served at the Korean Embassy in the Netherlands, the Permanent Mission to the United Nations in New York, and the embassy in Ghana. From 2014 to 2016, he worked as Deputy Consul General of Korea in Chicago. During his tenure as Deputy Consul General, he actively participated in various events at Notre Dame. He currently is a visiting fellow at the Liu Institute for Asia and Asian Studies, an integral part of the Keough School of Global Affairs.

Lee’s research focuses on North Korean nuclear issues and climate change. After concluding his term as a visiting fellow in February 2018, he will return to the Ministry of Foreign Affairs to serve as career diplomat.