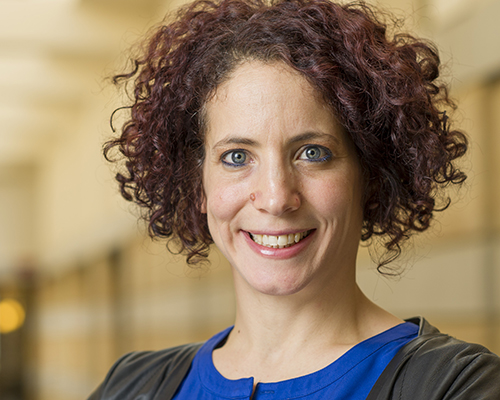 April 27, 2017 — Atalia Omer, associate professor of religion, conflict and peace studies, has been awarded one of 35 Andrew Carnegie Fellowships, a major new annual fellowship program that provides support for scholars in the social sciences and the humanities.

Omer is a core faculty member of the Kroc Institute for International Peace Studies within the Keough School of Global Affairs. She is one of two Notre Dame faculty members to receive a 2017 Carnegie Fellowship.

Each Carnegie Fellow receives up to $200,000 toward the funding of significant research and writing—the most generous stipend of its kind.

For her Carnegie Project, “Religion, Gender, and the Practice of Peacebuilding and Development in Mindanao and Malindi,” Omer will conduct research on the role of intra- and inter-religious activities in development and peacebuilding initiatives in Mindanao, the Philippines, and Malindi, Kenya.

“The question is not whether religion matters, but how it matters,” Omer said. “Religious actors, networks and institutions from multiple faith traditions play a vital role in resolving conflict and building peace.”

Omer’s research will focus on two inter-religious programs facilitated by Catholic Relief Services (CRS) together with local partners. In Mindanao, where land disputes among Muslims, Christians, and indigenous groups have fueled violent conflict for decades, CRS trains religious and municipal leaders in conflict resolution skills and reconciliation practices. In Malindi, part of Kenya’s Coastal region, CRS brings together religious and government leaders to intervene against child marriages. Omer will examine these programs from a sociological perspective, focusing on how they affect women and girls.

Omer earned her Ph.D. from the Committee on the Study of Religion at Harvard University. Her first book When Peace is Not Enough: How the Israeli Peace Camp Thinks about Religion, Nationalism, and Justice (University of Chicago Press) examines the way the Israeli peace camp addresses interrelationships between religion, ethnicity, and nationality and how it interprets justice in light of the Palestinian conflict. Her second book, From Zion to New York: Refiguring American Jewish Ethics and Identity through Solidarity with Palestinians, is under contract with University of Chicago Press.