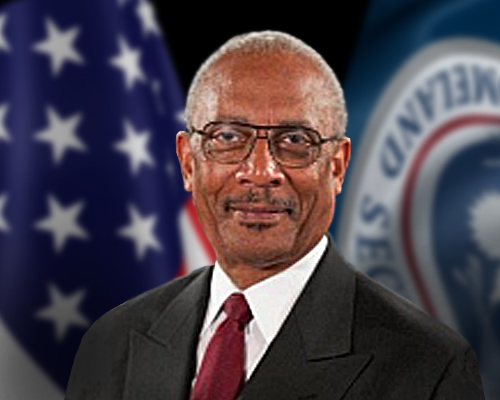 Former Under Secretary for Intelligence and Analysis, U.S. Department of Homeland Security

From 2014 until his recent retirement, Frank Taylor was charged with providing the Department of Homeland Security (DHS) and its state, local, tribal, and private sector partners with the intelligence needed to keep the U.S. safe, secure, and resilient.

He also was designated as the DHS Counterterrorism Coordinator, where he worked to integrate the counterterrorism operations and initiatives within the department and the U.S. National Security Apparatus.

General Taylor is a Notre Dame graduate with bachelor’s (’70) and master’s (’74) degrees in government and international studies. He a distinguished graduate of the Notre Dame Air Force ROTC program.

All are welcome to this event.

Francis X. Taylor became the Under Secretary for Intelligence and Analysis, Department of Homeland Security, on April 14, 2014.

From March 2005 until November 2013, he was Vice President and Chief Security Officer for the General Electric Company in Fairfield, Connecticut.

Before GE, he had a distinguished 35-year career in government service, where he held several senior positions managing investigations, security and counterterrorism issues.

From 2002 – 2005, he served as the Assistant Secretary of State for Diplomatic Security and Director of the Office of Foreign Missions, with a rank of Ambassador. He also served as the U.S. Ambassador at Large and Coordinator for Counterterrorism for the Department of State from July 2001 to November 2002. In this role, he was responsible for the implementing U.S. counterterrorism policy overseas and coordinating the U.S. government response in the aftermath of the 9/11/2001 attacks against our country. He was a key State Department official in building the post 9/11 global coalition against terrorism.