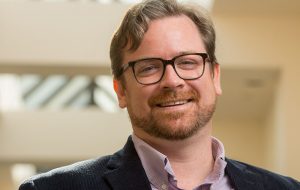 Terence McDonnell is a concurrent associate professor in the Keough School of Global Affairs at the University of Notre Dame.

McDonnell’s book, Best Laid Plans: Cultural Entropy and the Unraveling of AIDS Media Campaigns (University of Chicago Press) develops the idea of “cultural entropy” to explain why best practices and evidence-based HIV/AIDS media campaigns in Accra, Ghana often fail to change peoples’ belief and behavior. He finds that as modernization and globalization makes culture more complex, the chances for misinterpretation increase and international health NGOs find it difficult to control their messages. His research has been published in numerous sociological journals including the American Journal of Sociology, Qualitative Sociology, and Theory and Society.