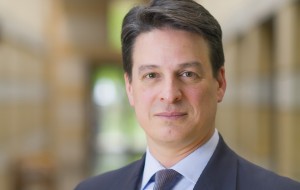 With expertise in comparative constitutional law, human rights, law and development, and international law, Carozza’s work focuses geographically on Latin America and Western Europe. His current research focuses on the relationships between law, human rights, education, and integral human development. Formerly the director of Notre Dame’s Center for Civil and Human Rights, he also directed its doctoral program in International Human Rights Law for a decade.

A member of the Inter-American Commission on Human Rights (2006–10), Carozza served as its president in 2008–09. In 2012, he received the Order of Merit of Bernardo O’Higgins, Chile’s highest state honor awarded to foreign citizens, in recognition of his service to the Inter-American human rights system.