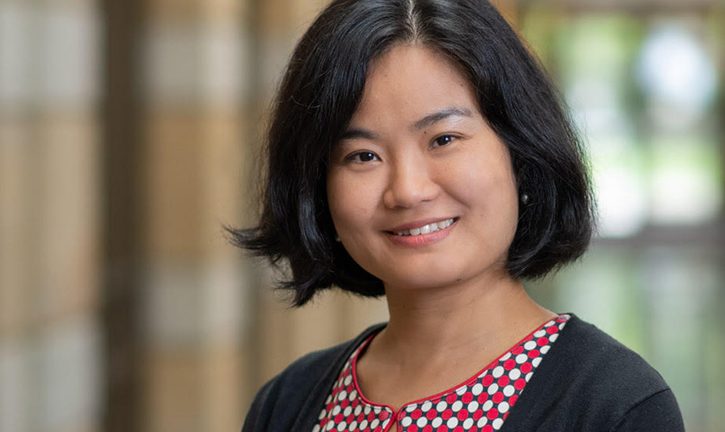 Office of the Dean
1010U Jenkins Nanovic Halls
University of Notre Dame
Notre Dame, IN 46556

Iris Ma is a literary and cultural historian specializing in late imperial China and the modern Chinese-speaking world. Her research engages with questions related to gender, popular religion, Cross-Strait cultural exchange, and “Chinese-ness,” and investigates how the past has shaped and continues to influence the contemporary Chinese-speaking world. She examines Chinese narrative tradition and cultural products generated in print, on screen, and in cyberspace in an effort to better understand and explain how ideas, particularly popular perceptions of and responses to socio-political changes, were created, disseminated, and appropriated through popular writing and viewing.

Before coming to Notre Dame in 2019, Ma was a postdoctoral fellow in the Institute for Historical Studies at the University of Texas at Austin, where she taught courses on China. Her work has been published in top peer-reviewed journals including Modern Chinese Literature and Culture and Cross-Currents: East Asian History and Culture Review. Her chapter on the making of Taiwanese martial arts literature recently appeared in the edited volume Positioning Taiwan in a Global Context: Being and Becoming (Routledge, 2019).

Ma is working on her first monograph, which examines the metamorphosis of Chinese martial arts literature and culture from the late nineteenth to mid-twentieth centuries. Martial arts novelists and the immensely popular fantasy world they created, she argues, offer important perspectives on the transformation of literary labor and social changes in late imperial and modern China.