Muhammad Yunus, the 2006 Nobel Peace Prize winner known for his pioneering work in microfinance, recently visited the Keough School of Global Affairs, meeting with 38 master of global affairs students during their weekly policy seminar in Jenkins Nanovic Halls. Yunus, a native of Bangladesh, came to Notre Dame as the spring semester keynote speaker for the Notre Dame Forum. 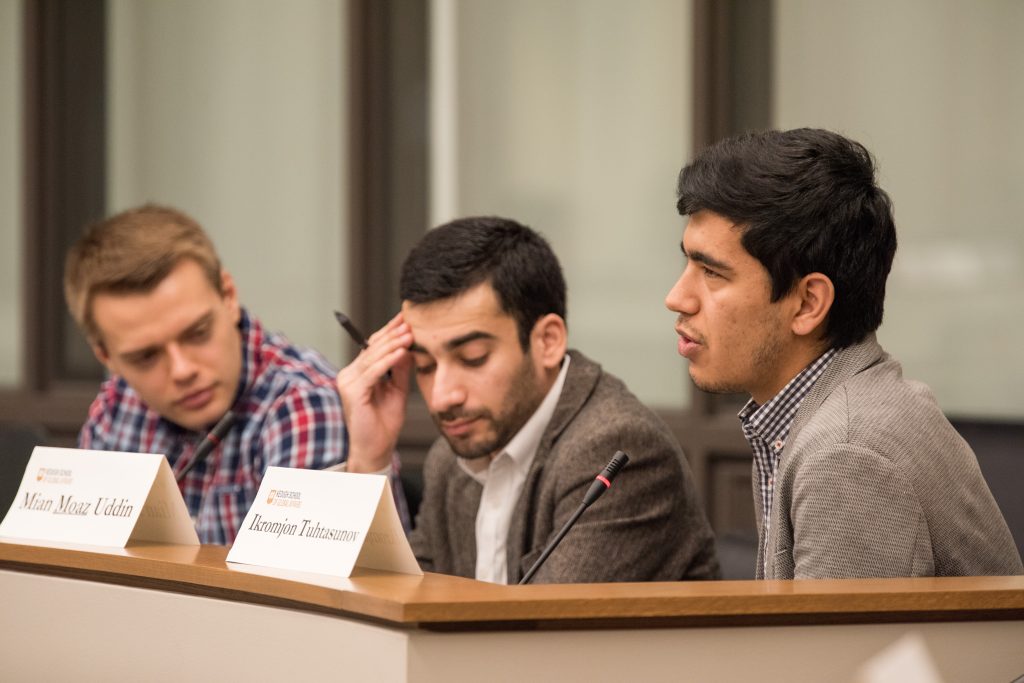 Students asked Yunus to comment on a variety of current issues, including the success of Grameen Bank, which Yunus founded in 1983. Grameen gained international distinction for offering microloans to Bangladesh’s rural poor so they could start businesses. The bank, whose borrowers are 97 percent female, has enabled its borrowers to lift themselves out of poverty, pioneering a model that has grown globally and reporting a payback rate of more than 99 percent. 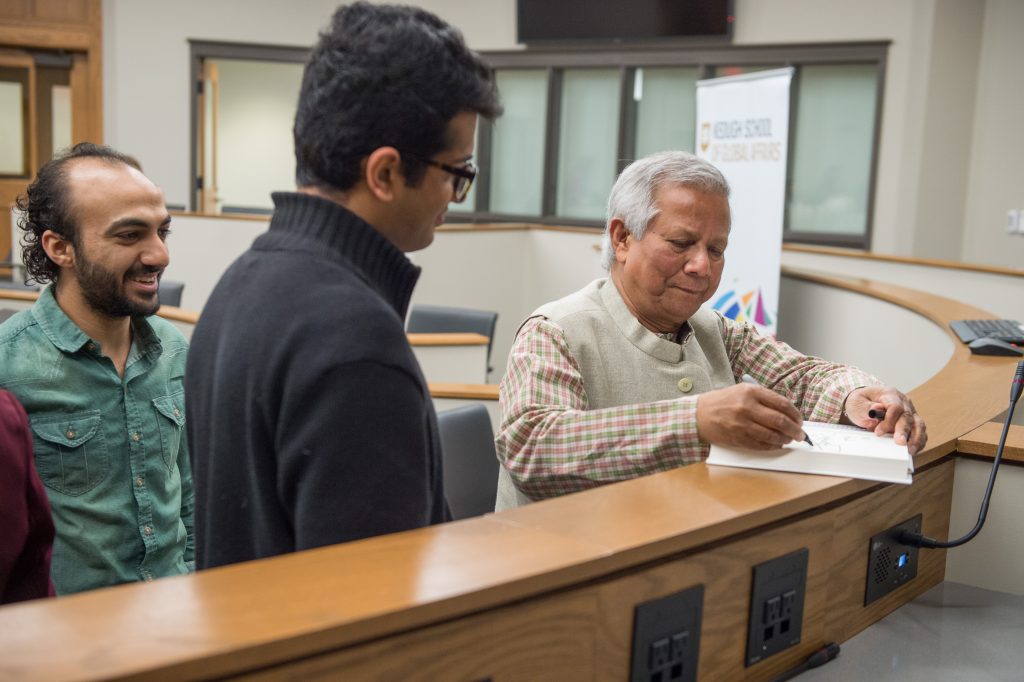 After class Yunus signed students’ copies of his new book, A World of Three Zeros: The New Economics of Zero Poverty, Zero Unemployment, and Zero Net Carbon Emissions. In this book, Yunus argues that capitalism is in crisis and proposes a larger role for social businesses in the global economy. Yunus also authored the bestselling autobiography Banker to the Poor, published in 1999. 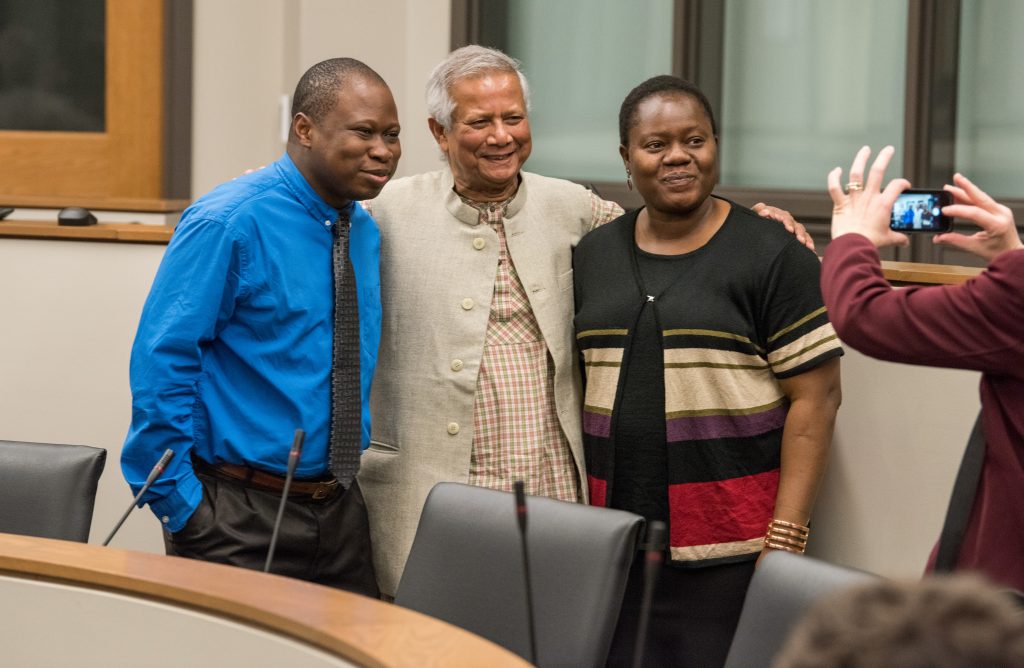 Yunus, an economist, has long held the view that humans should be viewed not as job-seekers but as natural entrepreneurs. “People throughout history have not been job-seekers, they’ve been independent human beings,” he said. “All along we’ve been hunters, gatherers, problem-solvers. That’s how we survived and that’s how we got our human identity.” 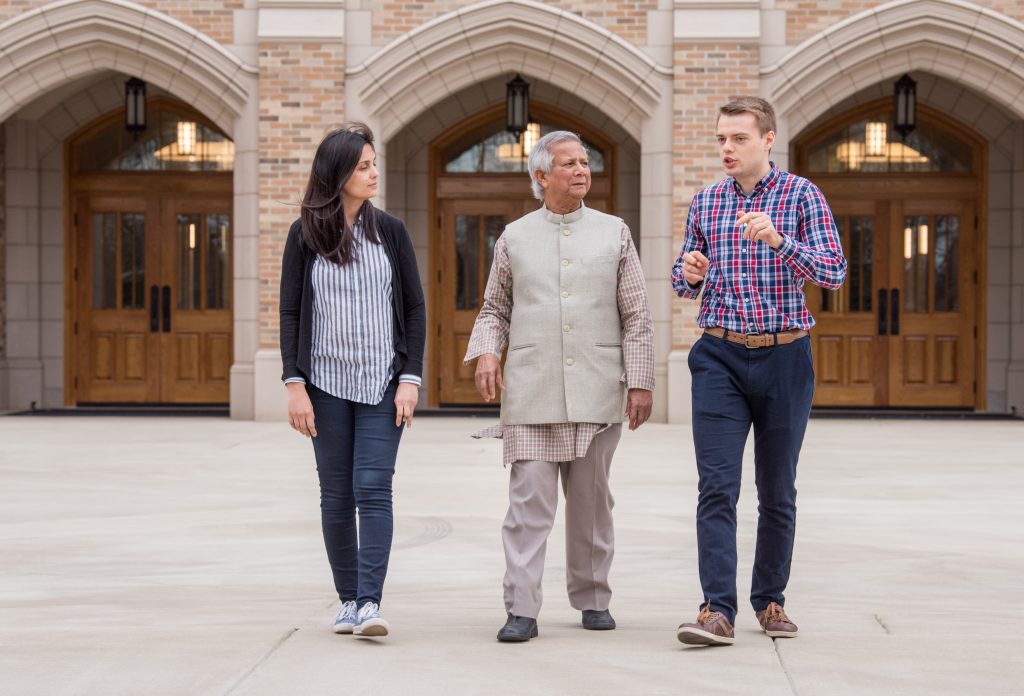 When asked how universities can better prepare students for the world beyond the campus, Yunus had this to say: “Universities should focus on producing not job-ready people, but life-ready people. The number one thing education should do is to help you discover yourself.” 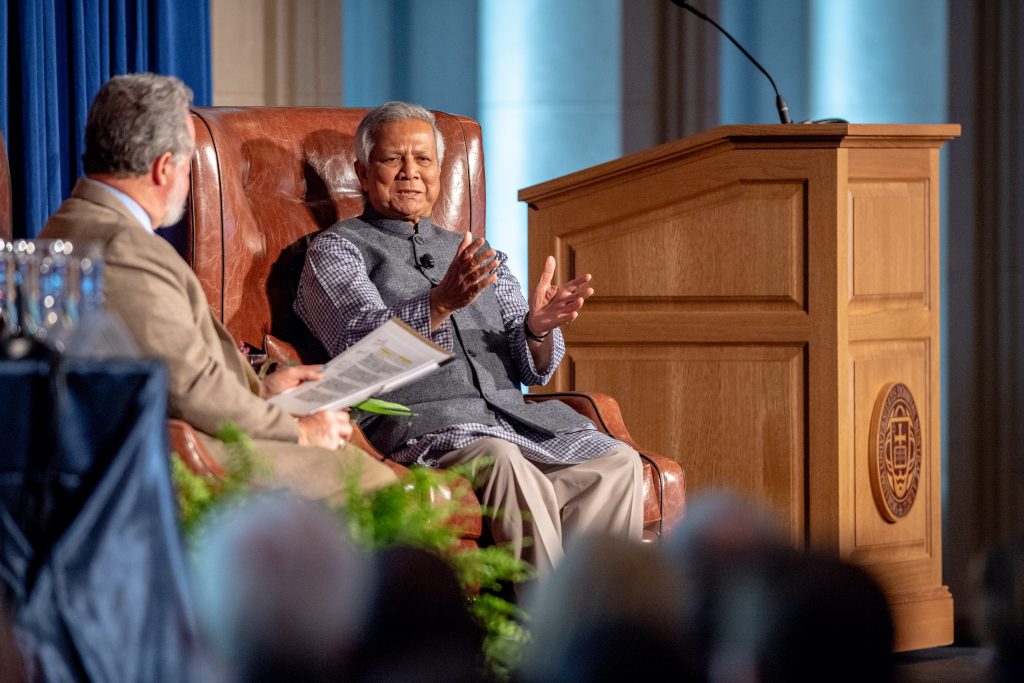 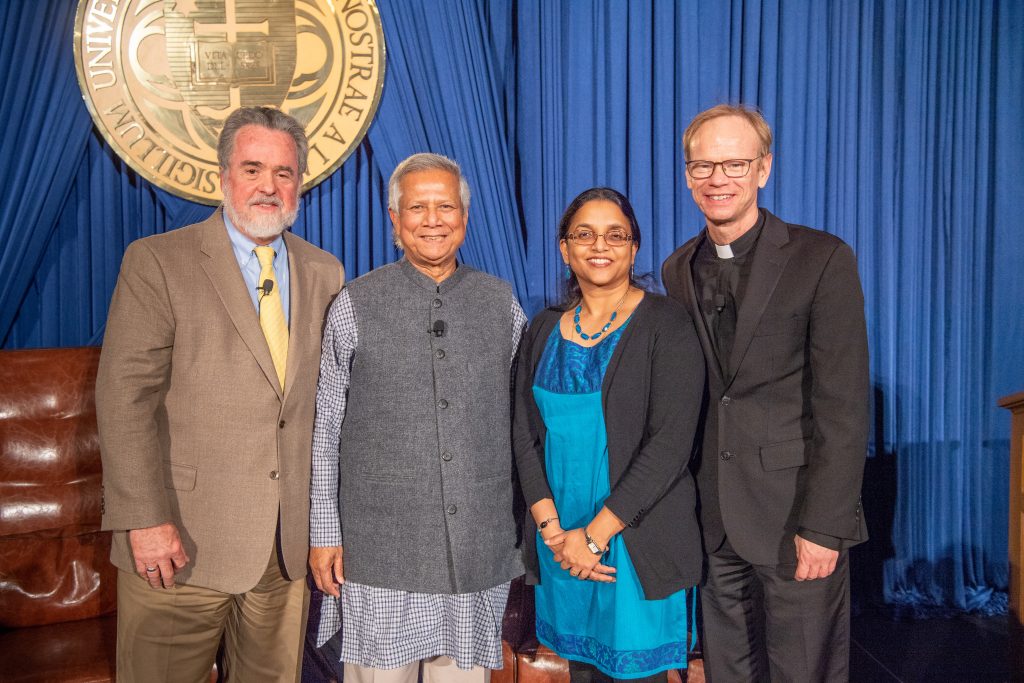