The Keough School recently hosted a policy event, “From Brussels to the Beltway: The Future of European-American Relations,” at its Washington office. Focusing on the state of relations between the United States and Europe, the event was co-sponsored by Irish Network DC, an organization that connects professionals to their peers in the Washington area. 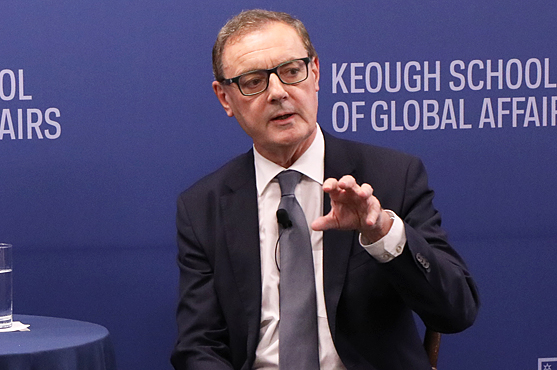 David O’Sullivan, ambassador of the European Union to the United States, was the featured speaker at the event. O’Sullivan spoke on a wide range of topics including politics in both the United States and Europe, populist movements in recent political elections, challenges with European integration, and Brexit. 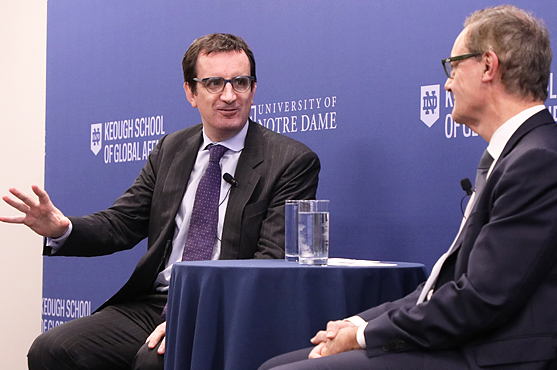 Asked to comment broadly on the state of EU and US relations, the ambassador identified two points of contention: trade relations and the Iran nuclear program, the latter of which he described as the “big policy divergence” between Europe and Washington.  The ambassador’s remarks were elicited by Thomas Wright (at left), director of the Center on the United States and Europe at the Brookings Institution. 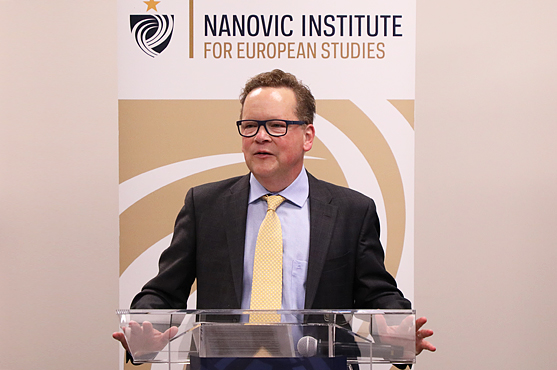 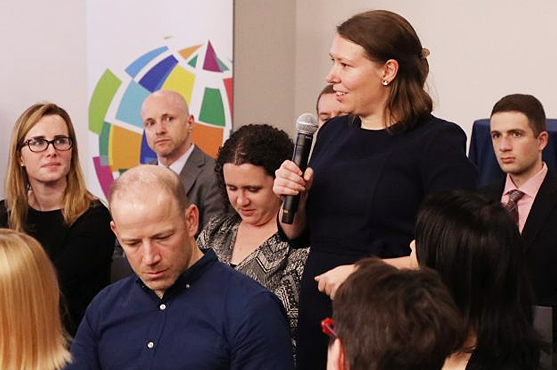 The briefing drew more than 80 attendees from organizations such as Ireland’s Department of Foreign Affairs and Trade, the Overseas Private Investment Office, the Irish American Unity Conference, public policy firms, and Notre Dame alumni in the DC area.