In early October, master’s students in the Keough School of Global Affairs learned the nuances of public policy from Denis McDonough, former chief of staff for President Barack Obama. McDonough is an executive fellow of the Keough School’s Global Policy Initiative, which brings foreign policy experts, government officials, and distinguished diplomats to Notre Dame to teach and mentor students. 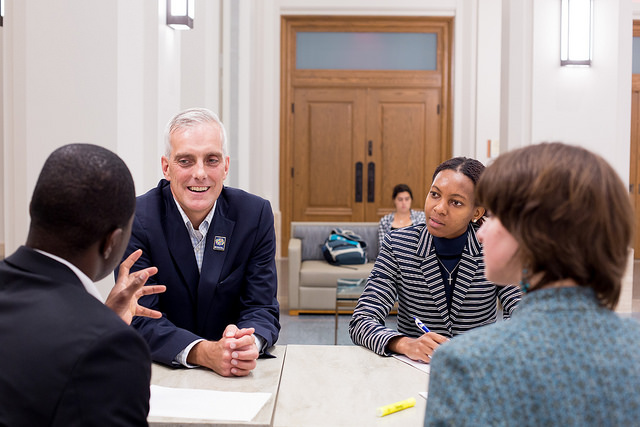 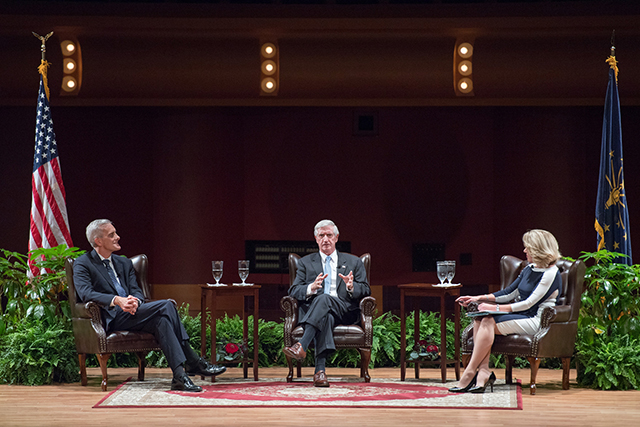 On October 4, McDonough (left), and Andrew Card (center), former chief of staff for President George W. Bush, spoke to an audience of more than 1,100 as part of the 2017 Notre Dame Forum, “Going Global: Exploring the Challenges and Opportunities of Globalization.” They focused their remarks on foreign policy from their perspectives as chief confidants to Presidents Bush and Obama. Maura Policelli, executive director of the Keough School Global Policy Initiative, moderated the discussion. 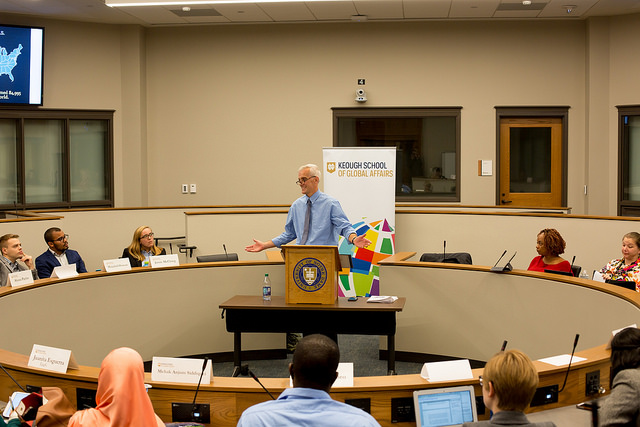 While at the Keough School, McDonough led four seminars that supplemented a foundational course on integral human development as well as a policy seminar. In these classes, he addressed issues such as refugee resettlement, global health, cybersecurity, and the rise of China in the international system. 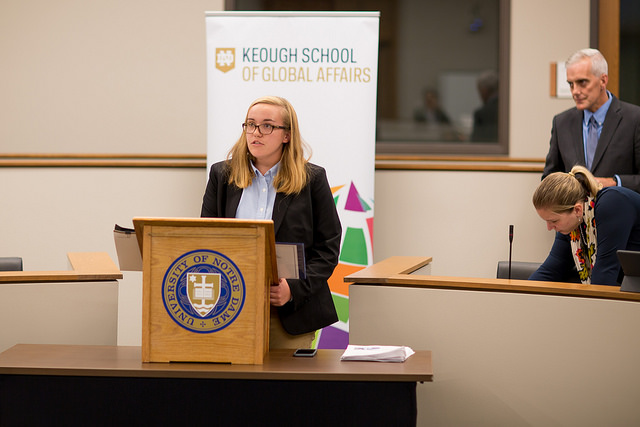 In the global policy seminar at the Keough School, distinguished guests are introduced by master’s students. In the photo above, Jamie McClung (USA) introduces Denis McDonough to her classmates. 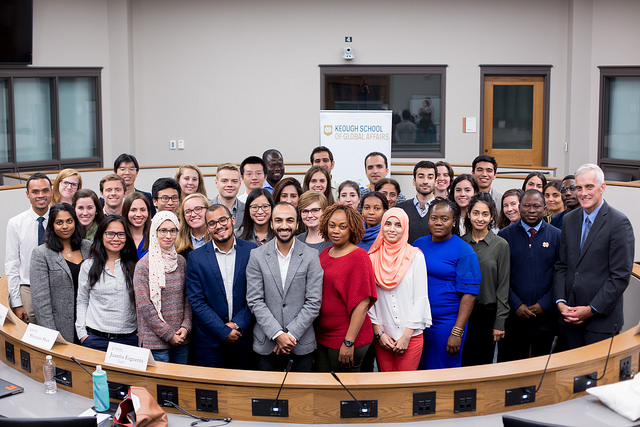 “People ask me how I feel now that I’ve left the White House and whether I’m dismayed by the current political climate,” McDonough said. “I feel hopeful whenever I’m with students, and am particularly hopeful now after making the decision to join this effort —  teaching the Keough School’s inaugural class.”