B/black, W/white, and the privilege of the storyteller

Unfolding in communication circles right now is a contentious debate over how and when to capitalize words. The very fact that I write this acknowledges the privilege I have, to be in a profession where this is what we are talking about: words. Not the threat of violence, the reality of hunger and food insecurity, or a lack of water to wash my hands during a pandemic. We are arguing over words.

And yet, words matter.

Words keep us awake at night and bring the heat during Zoom calls with my communications colleagues. That debate is over two important letters in the English alphabet and particularly in the American lexicon: B and W. Black and White. Or, is it b and w? It is most certainly not B & W. At least on that point—the offensiveness of the ampersand—we can all agree.

This debate is shaking linguistic foundations and upending English grammar handbooks worldwide. Last year’s Chicago Manual of Style is already dated. This venerable 1,144-page tome (the Seventeenth Edition) sits on my desk. My team consults it on a daily basis for direction on such matters as the appropriate use of a comma within an adverbial phrase, and the proper form of capitalization of a religious text or a former President’s title. All this is so . . . 2019. Before the pandemic. Before Breonna Taylor. Before George Floyd. That authoritative volume now seems a relic from a past age: it says little about the rules that apply when writing the words “Black” or “White” in 2020.

While the debate has long simmered without building consensus, it gained momentum after the trauma of George Floyd’s murder and the ensuing protests. On June 18, Kwame Anthony Appiah, professor of philosophy and law at New York University, published an article in the Atlantic in which he called for capitalization of both “B” in black and “W” in white. He argued for such parallelism in capitalization to avoid conventions that encourage us to forget “black and white are both historically created racial identities.” For years, the American Psychological Association has recommended capitalization of both Black and White as social identities, he noted.

“The point of the capital letter, then, isn’t to elevate; it’s to situate,” Appiah wrote. “Social identities aren’t reducible to a label, but labels play a role in generating and sustaining them,” he noted. “Conventions of capitalization can help signal that races aren’t natural categories, to be discovered in the world, but products of social forces.”

On June 30, as coronavirus outbreaks in the United States surpassed 48,000, the New York Times announced that it would begin capitalizing the word “Black” when describing people and cultures of African origin. “We believe this style best conveys elements of shared history and identity, and reflects our goal to be respectful of all the people and communities we cover,” said the editors in a memo.

In contrast to Appiah’s position on the matter, the Times announced that it would not be capitalizing the word “white.” As the editors explained: “We will retain lowercase treatment for ‘white.’ While there is an obvious question of parallelism, there has been no comparable movement toward widespread adoption of a new style for ‘white,’ and there is less of a sense that ‘white’ describes a shared culture and history. Moreover, hate groups and white supremacists have long favored the uppercase style, which in itself is reason to avoid it.” 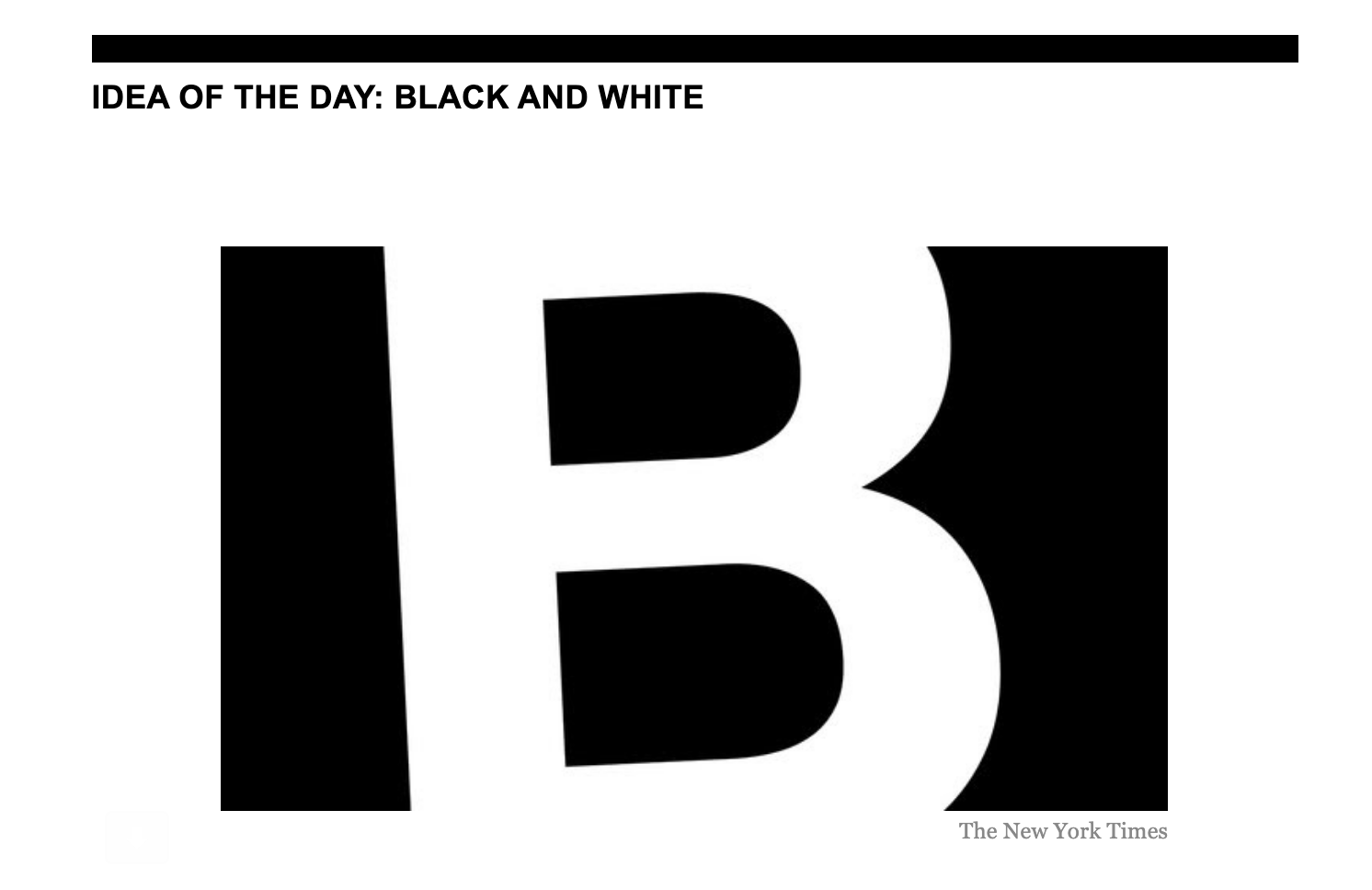 The Associated Press seemed to follow a more tortured path to its final ruling on the matter. AP first adopted the capitalization of Black on June 19, 2020, without any public decision on how to render “white.” After a month of what I can only imagine was hand-wringing within AP staff circles, a follow-up statement announced that “white” would not be capitalized. The rationale: “. . .white people in general have much less shared history and culture, and don’t have the experience of being discriminated against because of skin color.”

Why all the fuss?

Controversially, the rules on B and W have not been adopted uniformly across news organizations. And the results have drawn ire from readers and writers alike. There is no consensus. We communications professionals are left to choose the path forward for our own organizations during these tumultuous, unpredictable times. Whatever style we adopt, the decision will be scrutinized as a statement on our organization’s values with regard to race and identity.

As might be expected, there are varying views on this matter within the Keough School of Global Affairs. The University of Notre Dame’s recent policy is to capitalize “Black” and leave “white” in lower case. The Keough School’s Klau Center for Civil and Human Rights is hosting a campus-wide series of lectures and dialogues dedicated to building an anti-racist vocabulary and will highlight the diversity of viewpoints on such matters.

How can the mission of our school inform this debate?

At the Keough School, our commitment to advance “Integral Human Development” compels us to prioritize the dignity of the person, to stand in solidarity with people whose dignity is challenged, and to respect every person’s agency and freedom to pursue their own path to fulfillment—in keeping, of course, with the rights, obligations and dignity of others.

For Notre Dame and for the Keough School, that means we must acknowledge our position of privilege when engaging in research, development and advocacy work around the world. We cannot assume we know what “development” should mean in every respect for another person or another society. We must seek to accompany and honor other visions of progress and flourishing.

What has this grand vision to do with questions of identity and race, on the one hand, and our rules of capitalization, on the other? I myself am in a position of privilege by the mere fact that I have the power to publish—to assign words to things, and labels to people. I decide what fonts we use, the images that accompany our stories, and the conventions of grammar we choose to adopt. How can I write a rule that must apply to all, when I am equally beholden to this mission to honor and uphold the dignity and distinctive situation of each and every person?

Here I consider and heed “the dangers of the single story,” as described by the writer Chimamanda Ngozi Adichie. In her 2009 TED Talk Adichie describes her experience as a middle-class, well-educated Nigerian moving to the United States and confronting American assumptions about “Africa”:

“It is impossible to talk about the single story without talking about power. There is a word, an Igbo word, that I think about whenever I think about the power structures of the world, and it is nkali. It’s a noun that loosely translates ‘to be greater than another.’ Like our economic and political worlds, stories too are defined by the principle of nkali. How they are told, who tells them, when they’re told, how many stories are told, are really dependent on power . . .

The consequence of the single story is this: It robs people of dignity.”

In much the same way, do our editorial rules and grammatical conventions create constructs that assign a single identity? Are we as writers and editors going down this same dangerous path of deciding for others who and what their identity should be?

Today, anyone with a phone and access to internet can project their voice into the public sphere. And yet, not everyone has an equally attentive audience. The structures of power still dictate whose voices rise above the clatter. And often those who are privileged still make the decisions on what stories we share, and how we share them.

As professional communicators, we try to set aside our own biases and privilege, our subtle assumptions that there is a single story. This effort is meant to guide us in choosing the words we use to describe someone else, and in listening attentively for the stories we choose to tell.

The lens of integral human development, however, challenges me to reconsider whether or not we need to adopt a rule about assigned identity in the first place. Perhaps it would be more appropriate, more in keeping with the dignity of the individual, to sustain space for a continuing conversation, even as we face deadlines and pressures to close the conversation and move on.

“Heresy,” I can hear my writer friends and colleagues cry. “There must be rules!”

In this moment, however, we are called upon to cease shouting into our respective echo chambers, to break down the clusters of like-mindedness that virtually surround us, and to take full measure of the complicated and exacting requirements of diversity and justice. After all, there would be no tortured discussion of capitalization in many other languages or alphabets. This is a uniquely Western dilemma, specifically situated within the English language, and more specifically, within American English.

The New York Times style book advises that “African-American [hyphenated] remains an acceptable alternative for Black people in the United States; we should generally choose the term that the subject favors” (italics added).

This, of course, depends on who the subject is. Can any single rule cover all cases?

In this moment, I defer judgement. Rather, let us allow each story to speak for itself, to stand as a safe space where the only B/black and W/white rules that apply are those preferred by the subject of our stories.

Ti Lavers is the director of communications and marketing for the Keough School of Global Affairs at the University of Notre Dame.

This article is part of a series of blog posts published by the Keough School of Global Affairs. Dignity and Development provides in-depth analysis of global challenges through the lens of integral human development.

CONNECT WITH THE KEOUGH SCHOOL