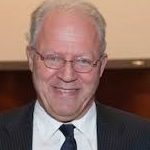 David Donoghue is Ireland’s permanent representative to the United Nations.

From 1999 to 2001, Donoghue was he ambassador to the Russian Federation and In 2001, he returned to Dublin as director-general of the Irish government’s development cooperation program. From 2004 to 2006, he served as ambassador to Austria and from 2006 to 2009, he was ambassador to Germany.

From 2009 to August 2013, Donoghue was the political director of the Department of Foreign Affairs and Trade in Dublin. He was named permanent representative to the UN in September 2013.