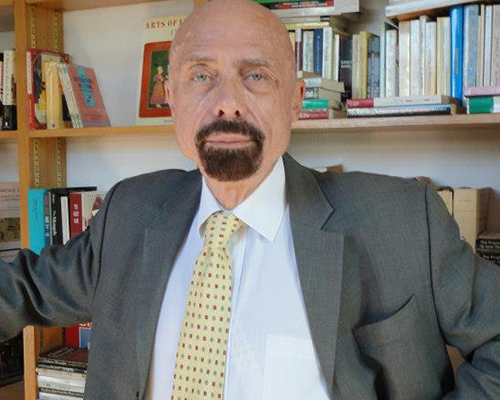 Gérard Prunier is a distinguished scholar of Africa and a seasoned practitioner/policy expert. For decades he has lived and worked among the refugees and victims of violence in Africa, and has proposed more effective and humane policies on their behalf.

Prunier was born in Paris and studied in France and the United States. After serving in the French Army, he emigrated to Canada and later went to Africa as a Canadian aid worker, serving in Uganda. He fled the country in 1972 during the fighting which followed the attempt to overthrow Idi Amin Dada. He became a political refugee in Tanzania, where he survived by driving trucks. After traveling widely throughout Eastern Africa for several years, he returned to Europe and earned a Ph.D., focusing on the expulsion of Asians from Uganda that he had witnessed in 1972.

Prunier joined the Centre National de la Recherche Scientifique (CNRS) in 1984 and wrote extensively on East African contemporary history and politics, with a particular focus on conflicts. Over the last 30 years he has written 170 articles and eight books in four languages. His English-language books include The Rwanda Crisis; Darfur: An Ambiguous Genocide; and From Genocide to Continental War: The “Congolese” Conflict and the Crisis of Contemporary Africa. (The book was co-published in the U.S. under the title Africa’s World War: Rwanda, the Congo and the Making of a Continental Catastrophe. Most recently, he authored Understanding Contemporary Ethiopia. Monarchy, Revolution and the Legacy of Meles Zenawi.

Prunier worked as Director of the Centre Français des Études Éthiopiennes in Addis Ababa between 2001 and 2006. He retired from CNRS at the end of 2009 and became a political and business consultant on East and Central African matters. He is a fellow of the Atlantic Council and his forthcoming work includes a history of statelessness in Somalia since the fall of the Siad Barre regime.